You can now install Android 12 Beta on your smartphone to take advantage of the new features of the future version of Google’s mobile OS. Here’s how to do it. 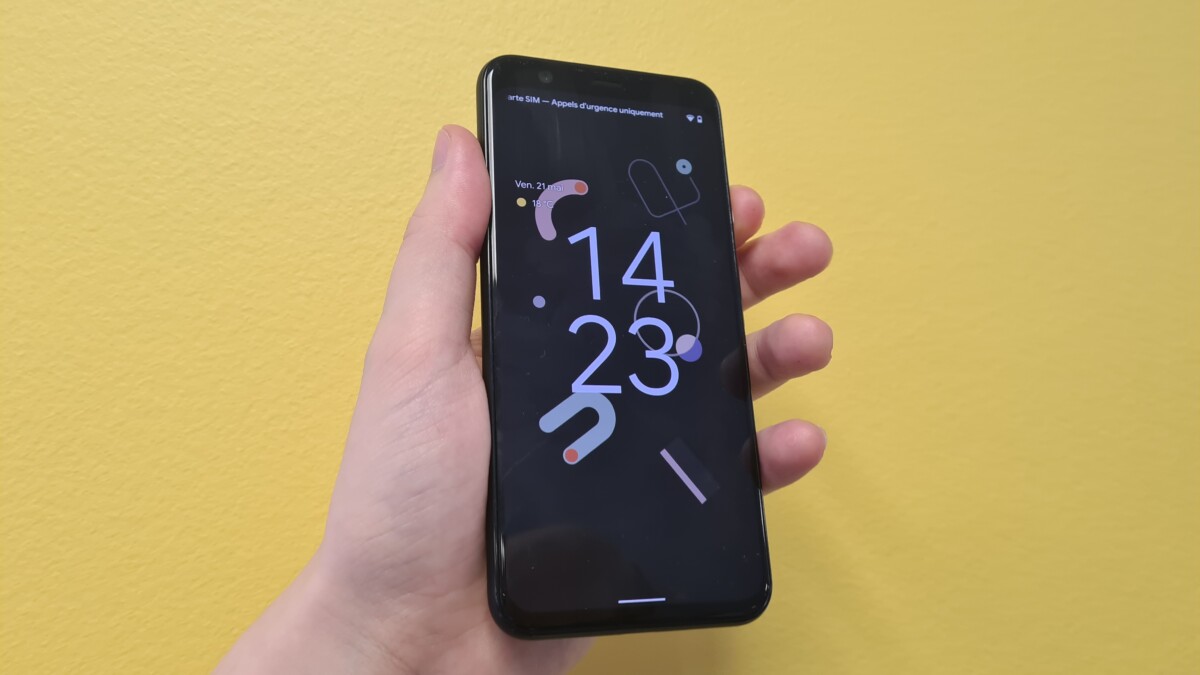 Android 12 clock when there are no notifications. // Gamesdone: Frandroid

The beta 1 of Android 12 is available, and there is a slew of new things to report. To install the update, you will first need to verify that you have one of the 21 compatible smartphones, then follow the steps that we will describe in this tutorial.

What to know before installing the Android 12 beta

Before going any further, know that there are precautions to take before installing Android 12 beta on your smartphone. The process is fairly straightforward, but it is not without its dangers. On the one hand, you should expect to encounter various operating bugs before the deployment of the stable version. After all, this is the very principle of the beta phase: to spot dysfunctions.

On the other hand, there is a risk that the update will brick your device. Understand: you simply won’t be able to use your smartphone anymore. OnePlus has also suspended its beta program for this reason. So remember to make a backup of all your data before trying the beta of Android 12.

You have been warned.

How to install Android 12 beta

If you haven’t already, sign in to your Google Account on your Internet browser, then go to the dedicated page to the beta program of Android 12.

There, you should see all the manufacturers affected by the beta of Android 12. Click on “Get the Beta” below the mark that concerns you. 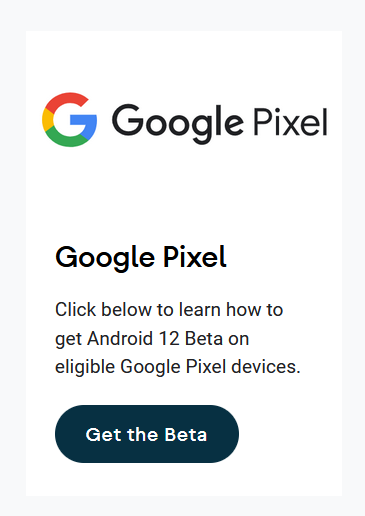 You will come to a page that introduces you to the beta program.

At the bottom of this page, a tab entitled “Your eligible devices” will display the reference of your smartphone, if it is compatible. 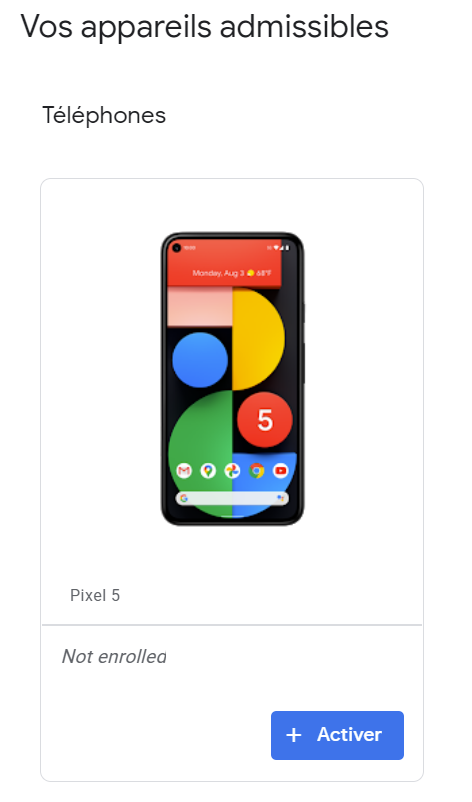 All you need to do is press “Activate”. There you are asked to accept the terms of use and you are integrated into the beta program. The update will be offered to you on your phone immediately as if it were a classic system patch.

For information, the update weighs 1.88 GB and you will be asked either to plug in your phone or to deactivate the energy saving mode.

How to exit the beta of Android 12?

As Google specifies, once the update is installed, it is difficult to go back without consequence. Of course, you just have to return to the site dedicated to the beta program to quit it in a few clicks to return to a stable experience.

However, “If you install a beta version, you will no longer be able to revert to a public version of Android without first erasing all data stored on the device. You may have difficulty restoring a backup. “

Once again, you have been warned.

Android 12 is already available on some smartphones in beta. List of new features, compatible smartphones … find everything you need to know about this new version of the Google OS.
Read more