No need to wait until Black Friday to enjoy a connected watch at a good price. Honor is launching great discounts on its best wearables, namely the Honor MagicWatch 2 and Honor Watch GS Pro. Price reductions ranging from 30 to 40 euros depending on the model. 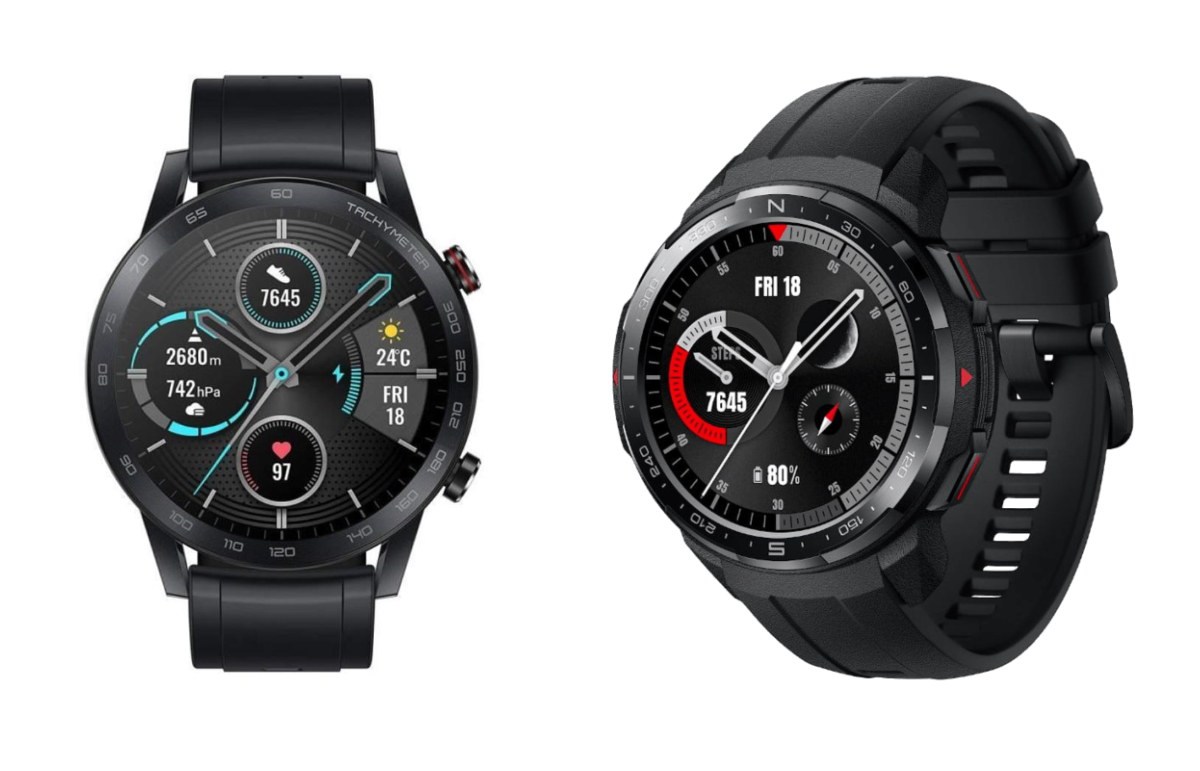 Connected watches are now mature, practical devices with good battery life. But they are still often quite expensive when they embed beautiful screens and advanced features. Among the best value for money, the Honor brand finds pride of place with two models: the Honor MagicWatch 2 and the Honor Watch GS Pro.

The manufacturer thus offers smartwatches kneaded with qualities, including a comfortable autonomy and a polished design. The only thing missing was a good price, now a reality since Honor has introduced a wave of immediate discounts ranging from 30 to 40 euros on the Honor Watch GS Pro and Honor MagicWatch 2. But hurry, the offer is not valid only until November 1st.

The Honor MagicWatch 2 below the 160 euros mark

For its Honor MagicWatch 2, the Chinese manufacturer has gone straight to the point: to offer a quality watch that combines careful aesthetics with a myriad of features to best support the user on a daily basis. And the exercise is successful. 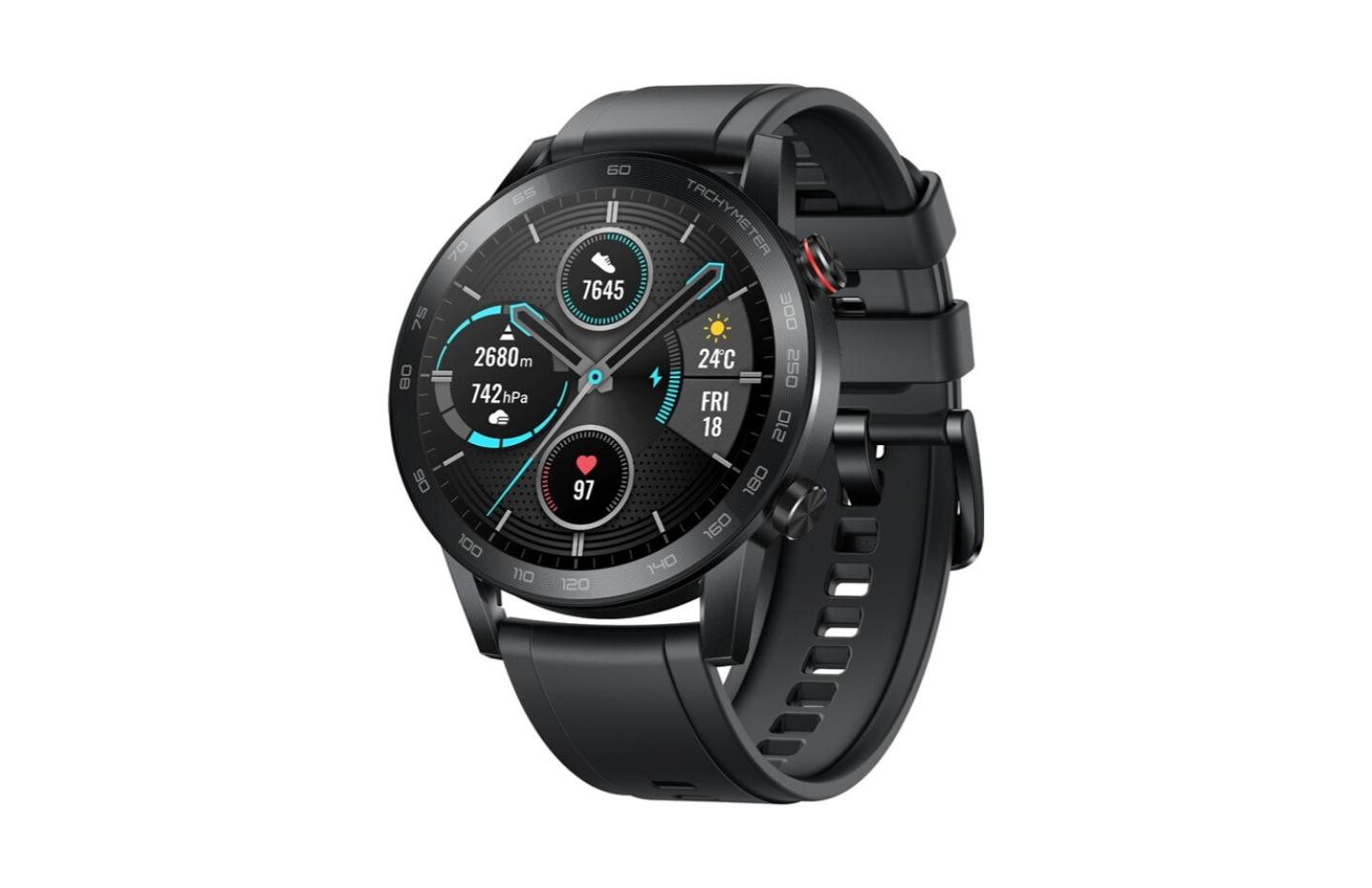 This connected watch exhibits a sober design whose main element is a 1.39 inch AMOLED display in a 46 mm case. In addition to having a pleasant definition, this panel benefits from the Always-On Display feature which leaves the screen constantly on. A practical everyday option to check the time or check notifications without touching the screen. 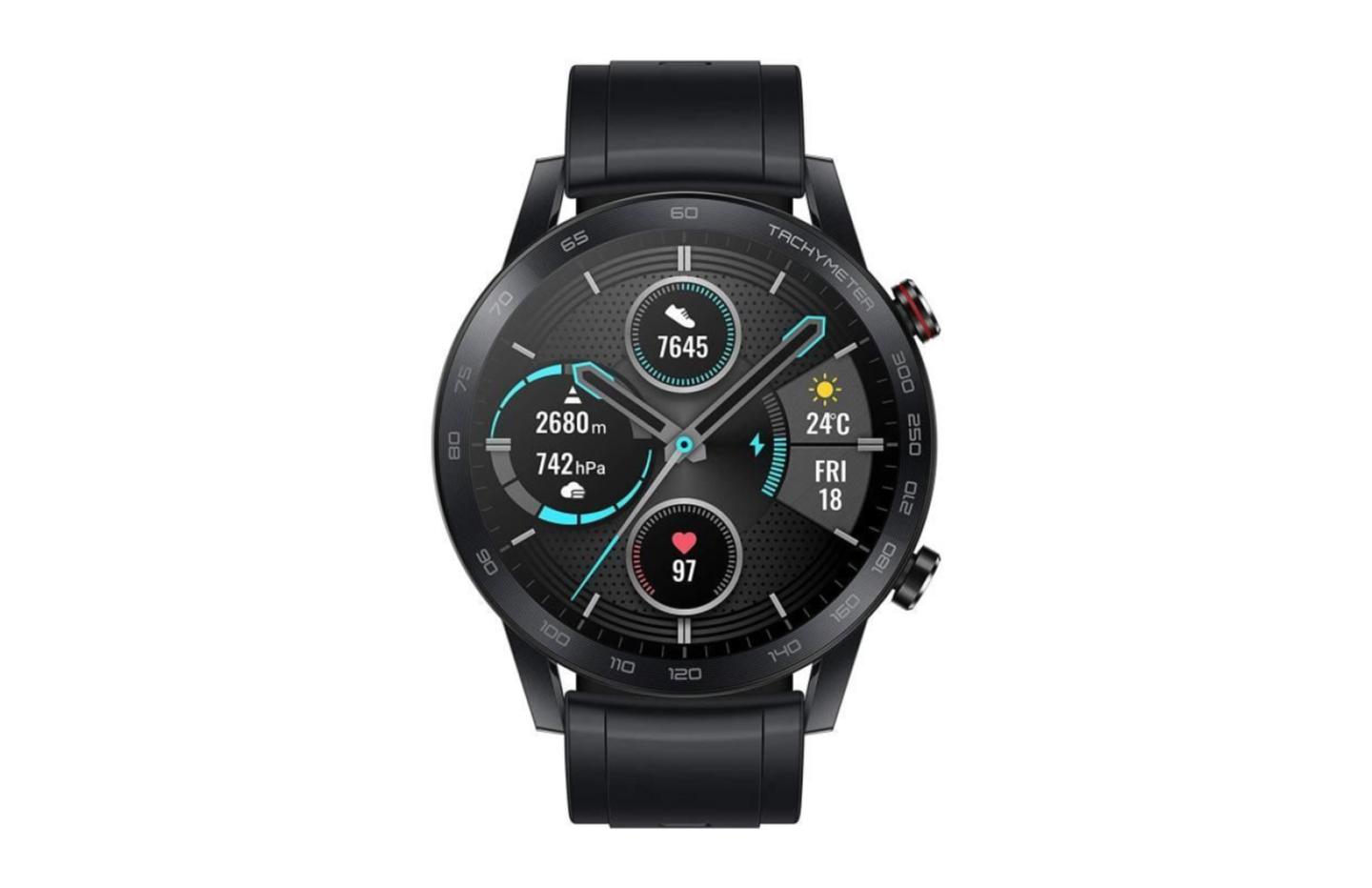 If the recognition of several different physical activities gives the Honor MagicWatch 2 the cachet of a sports watch, it also ensures when it comes to effectively supporting the daily life of its owner. It is thus possible to make calls in Bluetooth thanks to the integrated microphones and speakers, as well as its compatibility with the Bluetooh 5.1. Likewise, its built-in storage of 4 GB allows you to record your favorite songs to listen to music on the go. 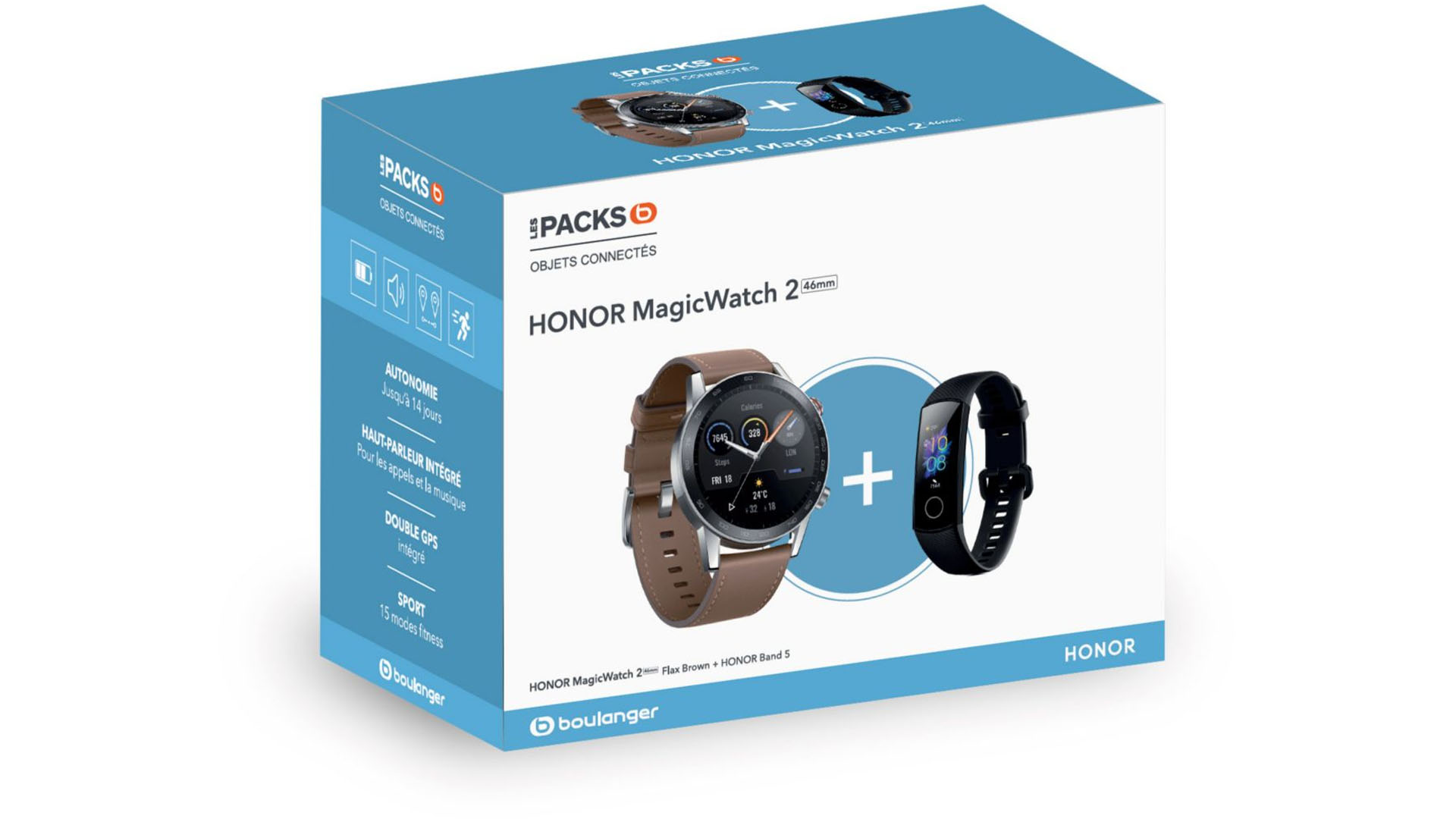 The Honor MagicWatch 2 is also available in a pack with the Honor Band 5 bracelet from Boulanger, for a price of 179.99 euros against 253 euros, a decrease of 74 euros.

The Honor Watch GS Pro has been designed to respond to the most intense activities. It carries no less than 14 military grade certifications that allow it to withstand the worst weather and environmental conditions. For example, it is resistant to temperatures ranging from + 70 to – 40 ° C, as well as prolonged immersions. What’s more, the Honor Watch GS Pro is capable of recognizing 100 different sporting activities, ranging from jogging and tennis to skiing, cycling or climbing. 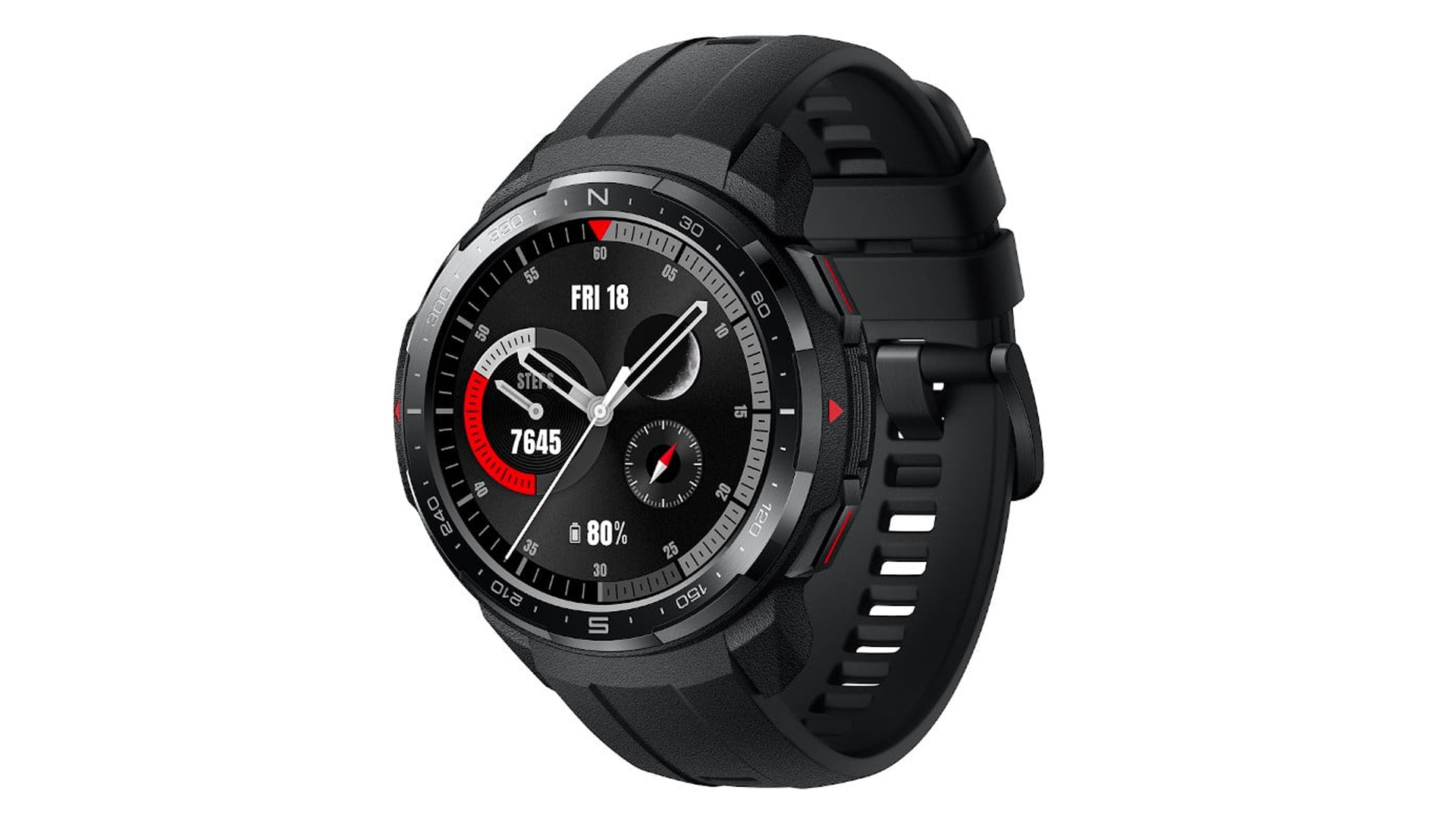 This smartwatch is equipped with a 1.39 inch round AMOLED display in a 48mm diameter case. The Honor Watch GS Pro has the advantage of having a screen large enough and with good definition to take full advantage of it. Under the hood, there is a wide range of sensors to monitor your health, such as a heart rate sensor, blood oxygenation, sleep monitoring or stress level analysis. 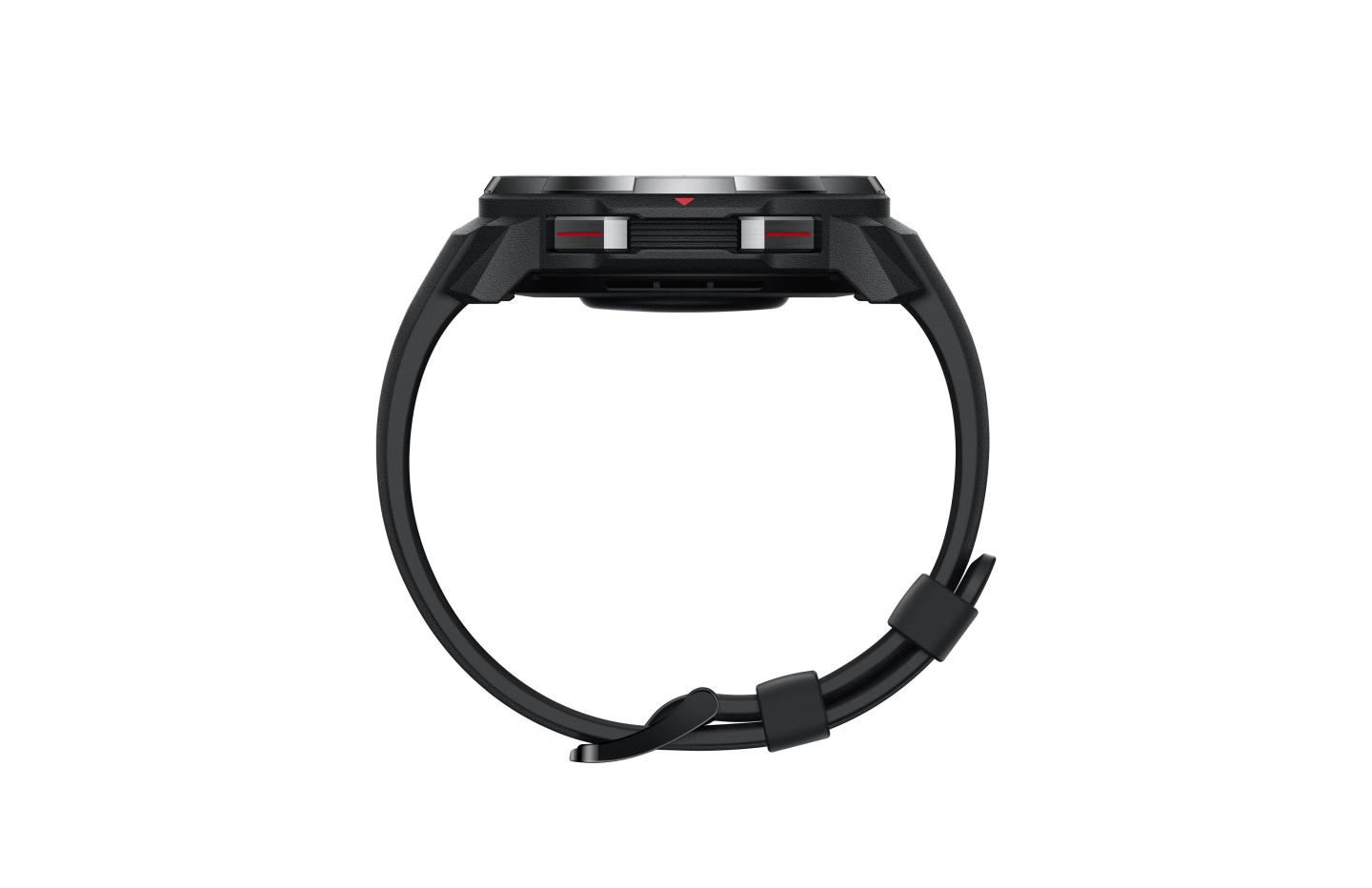 Finally, the Honor Watch GS Pro shines with its autonomy. Its 790 mAh battery allows it to last up to 25 days without batting an eyelid. More importantly, it can be fully recharged in less than 2 hours.

The Honor Watch GS Pro also sees its price melt at HiHonor and goes from 249.99 euros to 219.99 euros. A promotion of 30 euros for this connected watch which makes the eyes of sportsmen.