According to Mark Gurman, the Bloomberg journalist very familiar with Apple’s secrets, the HomePod mini would hide in its bowels an unexpected sensor, capable of measuring temperature and humidity. The connected speaker from the brand to the apple would only wait for the green light of an update to deploy new features for the home. 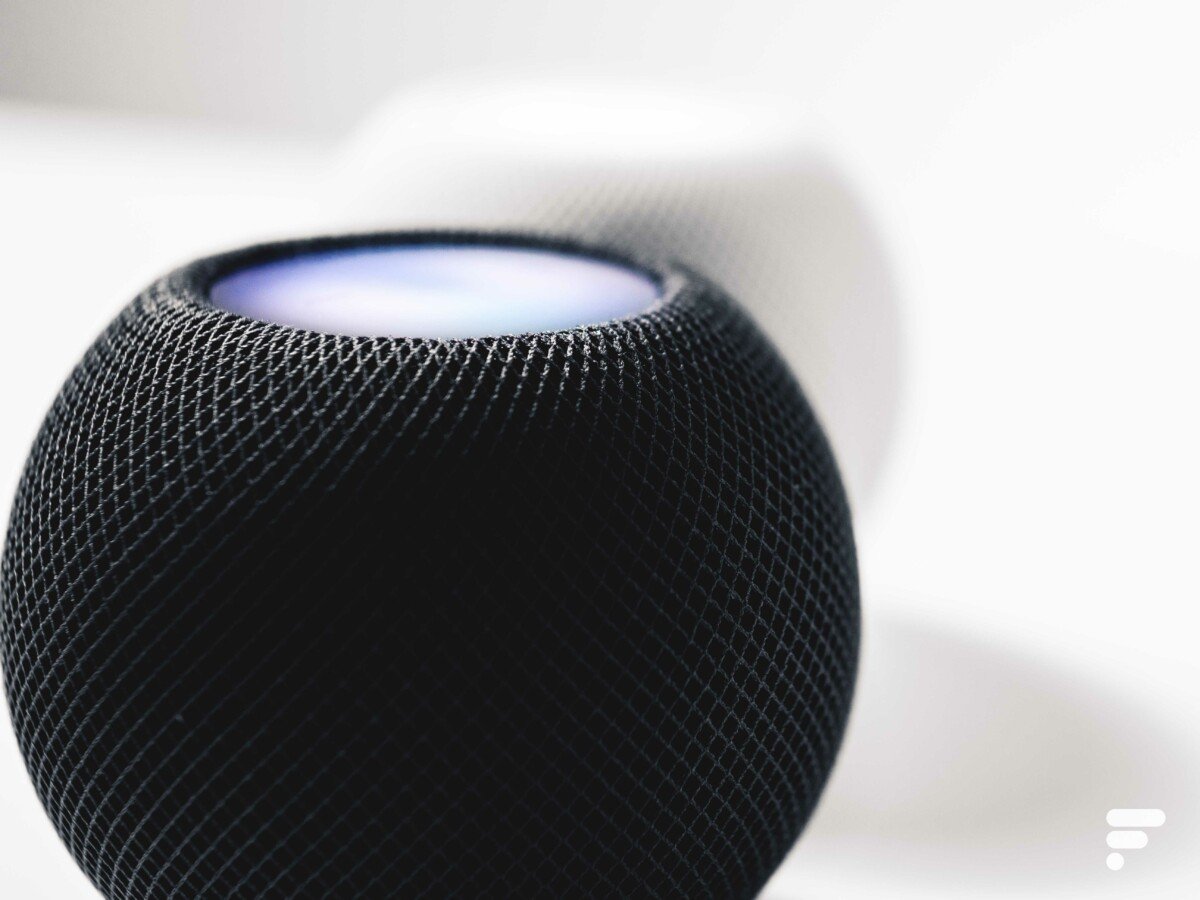 The HomePod mini is available in white or black // Gamesdone: Frandroid / Arnaud GELINEAU

Very small and full of surprises. Apple’s HomePod mini, despite its compact size and tight price tag, seems to have more than one turn under its chassis. We knew it was equipped with the new Thread protocol to facilitate links with various connected objects in the house, capable of serving as an intercom and managing home automation while providing users with good quality sound. But we also expected much more. And he can obviously much more than that.

According to Bloomberg, the mini speaker would hide within it a treasure, a temperature and humidity sensor. Apple has never communicated on the presence of such a component in its HomePod mini. However, Mark Gurman, the specialist Apple journalist in the economic media, ensures that discussions are increasing internally on the use that could be made of this HDC2010 sensor signed Texas Instrument.

Even more possibilities for the connected home

It must be said that this simple temperature and humidity sensor has a big role to play in terms of energy savings. Connected to connected radiators or simply to a thermostat like that of Netatmo, it could send an indication to allow to regulate the temperature in the room in which it is located. Or, evoke Bloomberg, activate or stop a ventilator depending on the thermometer, trigger various scenarios to improve energy management in the home. In the catalog of its Apple Store, there are dozens of thermostats compatible with HomeKit and which could then make good use of it. 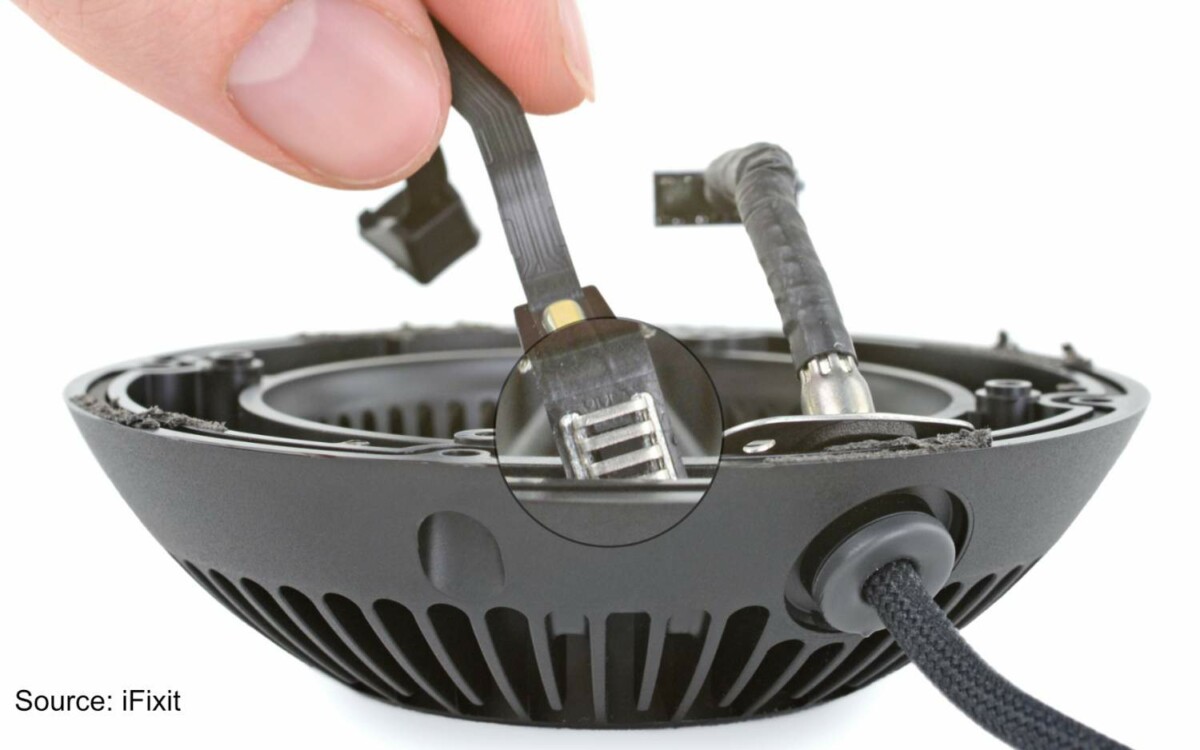 The temperature sensor is located in the base of the HomePod mini // Gamesdone: iFixit / Bloomberg

Microscopic (1.5 x 1.5mm) and hidden in the lower part of the speaker near the power supply, this sensor was spotted by iFixit when disassembling the HomePod mini. It is located away from the other components of the device, facing outwards. It would be a great addition for Apple which, unlike the latest Echo devices launched by Amazon, did not have such a temperature sensor or offer additional sensors to install in the home like the Google Nest. 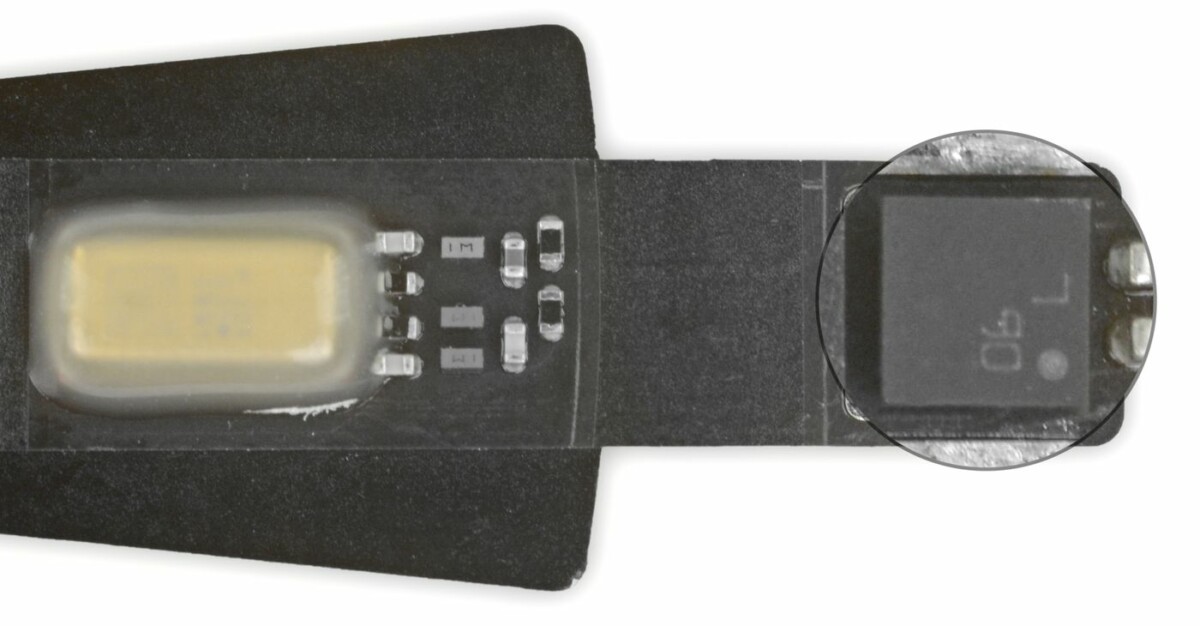 Enlargement of the temperature and humidity sensor hidden in the HomePod mini // Gamesdone: iFixit / Bloomberg

For now, this is a dormant component just waiting to be activated by Apple through a software update. As recalled Bloomberg, the 2008 iPod touch had, too, had the right to such a buried treasure: a Bluetooth connectivity finally activated the following year. Nothing suggests an imminent improvement in the possibilities of the HomePod mini, now orphaned by its big brother, the first HomePod of the name, of which Apple has stopped production to focus on the youngest and give it more the keys to the house.

The arrival of the HomePod mini in the fall has expanded Apple’s line of smart connected speakers. The apple brand is now found with two references to its catalog. If the two devices show some …
Read more