Apple began its conference with the presentation of its Apple M1 chip. It is the first ARM SoC fully developed by Apple for its Mac and MacBook computers.

It is around her that all the announcements of Apple’s “one more thing” event will revolve. The Apple M1 chip is the Apple Silicon (ARM) chip developed by the company for its new MacBooks and Macs which will no longer use Intel processors.

One SoC: bringing everything together in a single chip

The characteristic of a modern ARM chip is to integrate in reality many components: a processor, a graphics chip, a modem, controllers and various other components.

Components replaced by the Apple M1

This will allow Apple to greatly simplify the motherboard of its machines, and therefore change their design.

In addition, this will allow Apple to push technologies that were rather the exclusivity of its mobiles until now: image processing with HDR, data security with Secure Enclave, artificial intelligence and others. It can be noted that the chip incorporates a USB4 controller which should make it compatible with Thunderbolt technology. As a reminder, USB4 is based on Intel’s work with Thunderbolt.

Without naming it, Apple of course compared its new M1 chip to what Intel can offer, which until now offered chips integrated into MacBooks. According to Apple, its chip offers twice the performance per watt. More specifically, Apple has promised 2x the CPU performance on a TDP of 10W, the standard for ultraportables. By placing itself at the highest level of performance offered by the competing processor, Apple promises to consume only 25% of the energy. 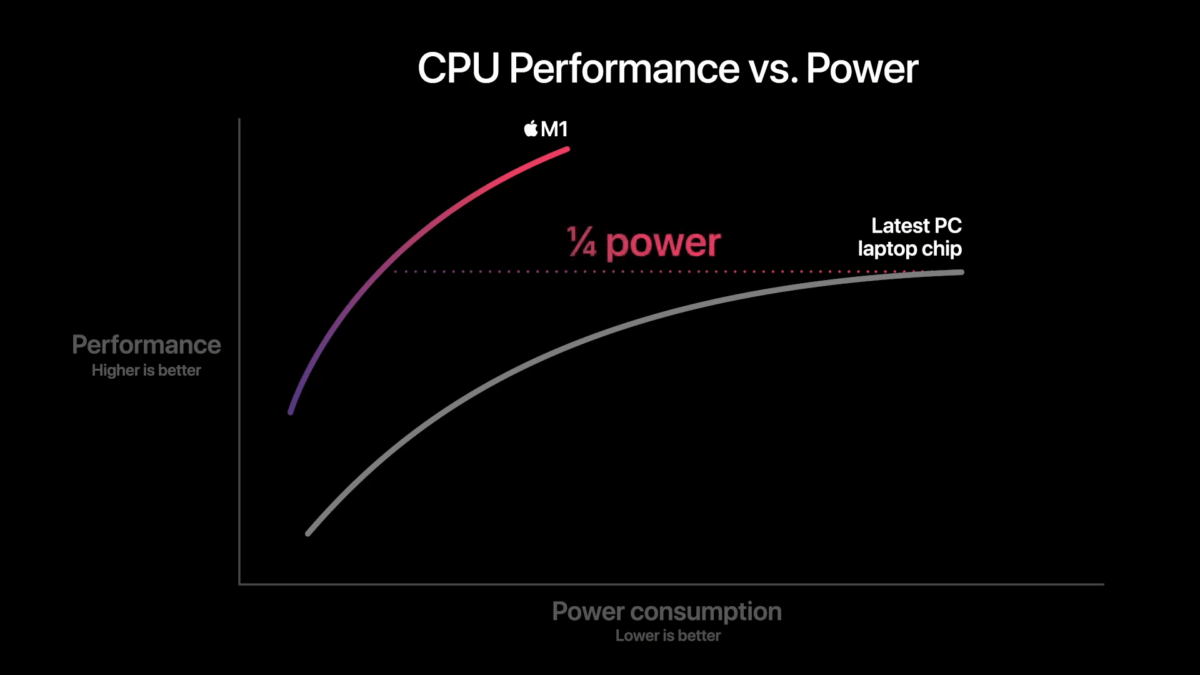 On the graphics side, Apple has limited itself to comparing itself to integrated graphics chips that are rarely very efficient.