We expected a new Tegra chip, finally Nvidia unveils a surprising collaboration. Indeed, Nvidia will work with the designer of ARM chips … the Chinese MediaTek. Nvidia and MediaTek will design ARM chips that will use the RTX 30 GPU. 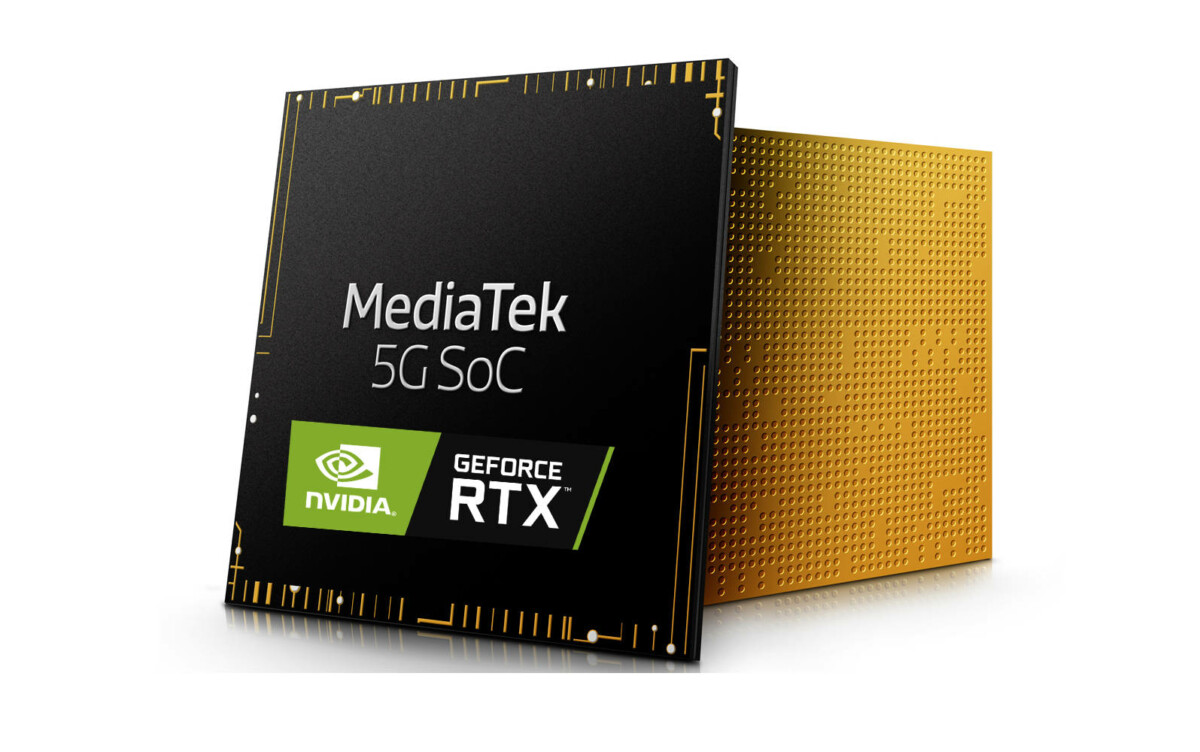 Among the GTC announcements, one of the most surprising announcements was the one regarding the new collaboration with MediaTek. Indeed, Nvidia will be working on ARM MT819x SoCs that will integrate an RTX 30 GPU. This is obviously an important announcement in the current context, with Apple now designing its own chips for iPhone and Mac, Qualcomm looking to catch up, and the project that links Samsung and AMD to create an ARM chip with a Radeon GPU. .

For the moment, this is only a first announcement concerning a future chip. So we have very little information. Nvidia announced the development of a benchmark laptop platform that will support Linux, Chromium (Chrome OS) and the RTX 30 SDK.

While it’s unclear exactly what this partnership will deliver, it’s not hard to get excited about a new generation of lightweight, power-efficient Chromebooks with Nvidia’s RTX hardware. As a reminder, the RTX 30 are based on the Ampere architecture with hardware accelerated raytracing (RTX) thanks to RT cores as well as Tensor Cores. 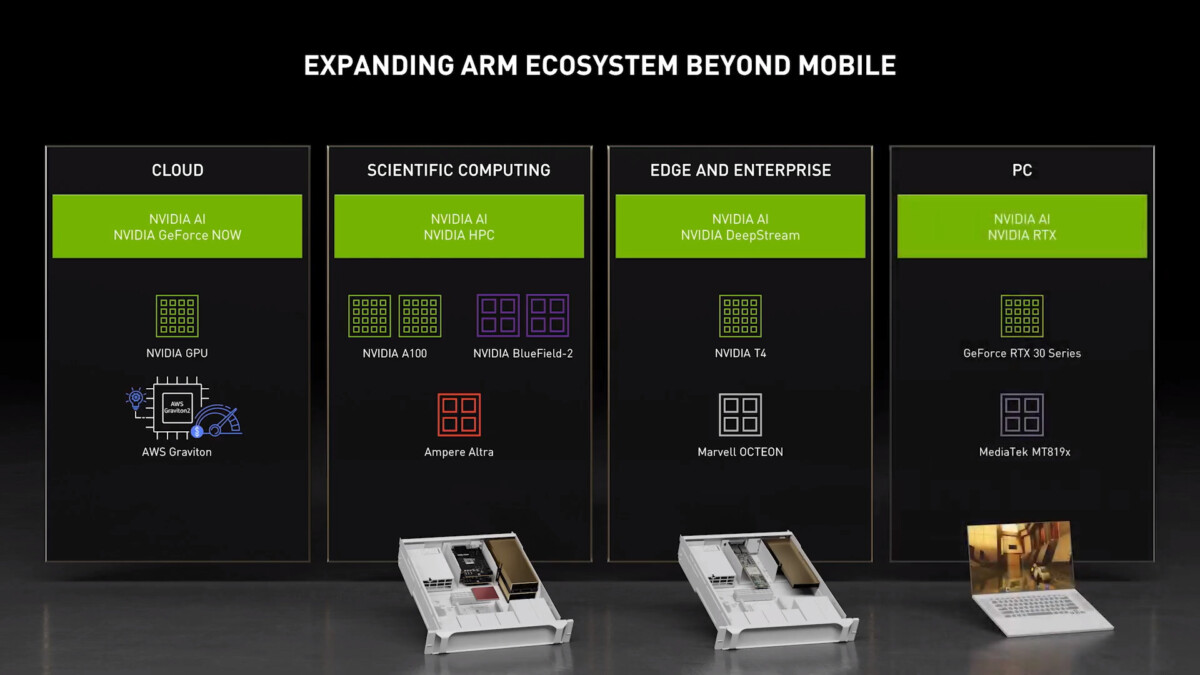 It is also a way for Nvidia to bet on ARM. During GTC, Nvidia also announced Grace, its first ARM processor for data center servers. Here, it is also a question of competing with Intel and AMD.

More generally, Nvidia is still very dependent on Intel and AMD, the American company is therefore seeking to develop its activities. This goes through the takeover of AMD, two companies that also design GPUIs, but also through new collaborations so as not to depend solely on its former partners.

After several weeks of negotiations, it is now confirmed: Nvidia has announced the acquisition of the giant ARM, a specialist in mobile chips.
Read more