Google allows publishers of Progressive Web Apps (PWA) to easily install their applications on the smartphones of users who want them. 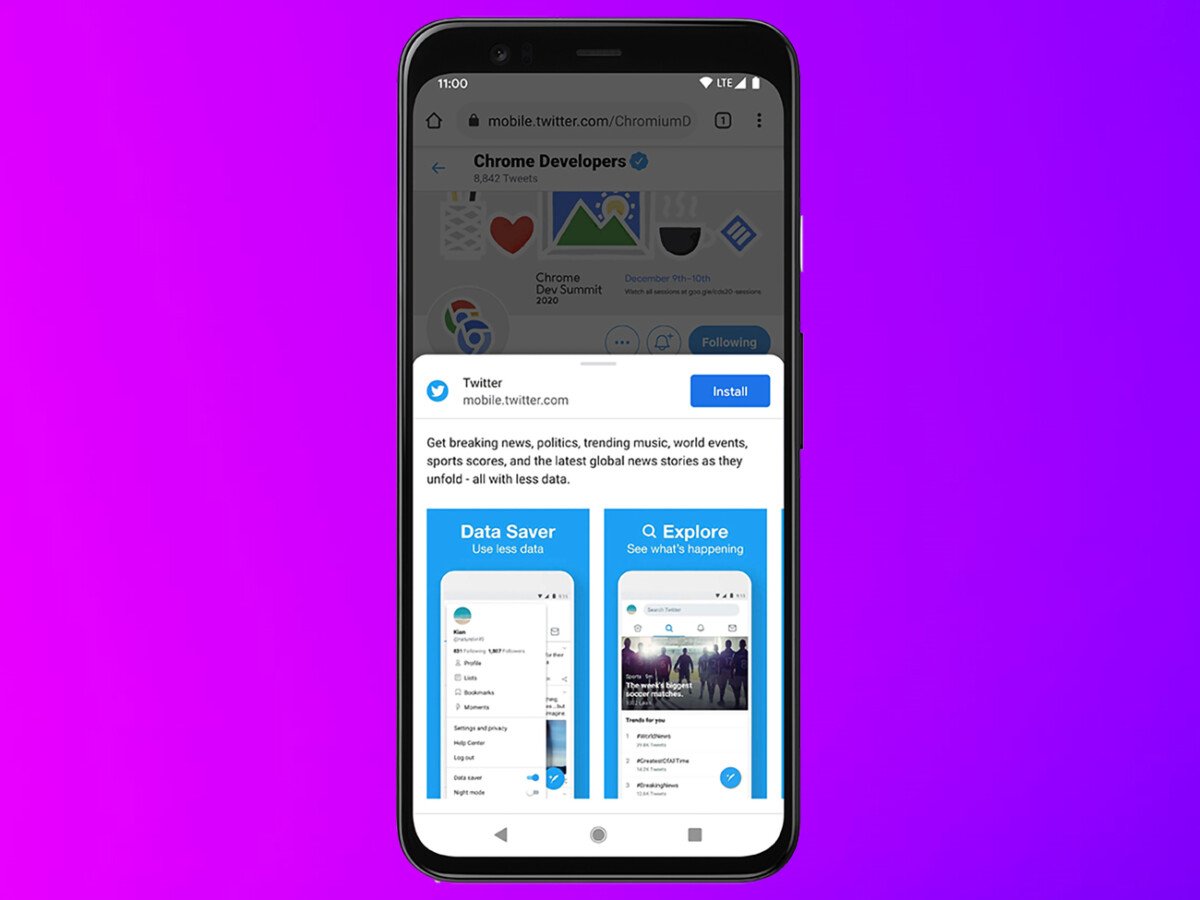 It is possible to install the Twitter web application on a smartphone // Gamesdone: Montage Frandroid

The ecosystem of Android applications is one of the largest in the world. However, Google does not seem ready to be satisfied with this. As the Chrome Developers account indicated on Twitter, Google will now allow the installation, on Android, of Progressive Web Apps, the famous PWAs.

PWAs are actually applications available directly on a web browser, hence their name. It can just as well be a browser game as a site with a particularly detailed and elaborate interface.

Starting today on Android, some users will get a richer PWA installation dialog on Twitter.

– Want the same for your PWA?
– Easy. Add the `description` and `screenshots` member to your manifest and you’re done.

However, Google has decided to go even further in order to highlight certain PWAs, including Twitter. “From today on Android, some users will have a richer installation window of the PWA on Twitter”, tweeted the Chrome Developers account on Monday. Google also invites PWA developers to make their web applications compatible with this installation.

A simpler interface for users to understand

If it was already possible to install PWAs on an Android smartphone or tablet, the real novelty however comes from the window that will now be displayed by web applications. This particularly resembles the installation pages of applications from the Google Play Store. This will facilitate the understanding of users and reassure them of potential risks. For now, only Twitter seems to be affected, but explanations from Chrome Developers suggest that any PWA will be able to benefit from it in the future.

There is no application for that Sony has just launched a new service, My Playstation, which allows you to manage your PSN account (but not change your name, eh) from a “responsive” web interface….
Read more