Google’s workspace improves to improve productivity and collaboration within Google Docs, Google Sheets and other brand tools. Enough to catch up on Notion. 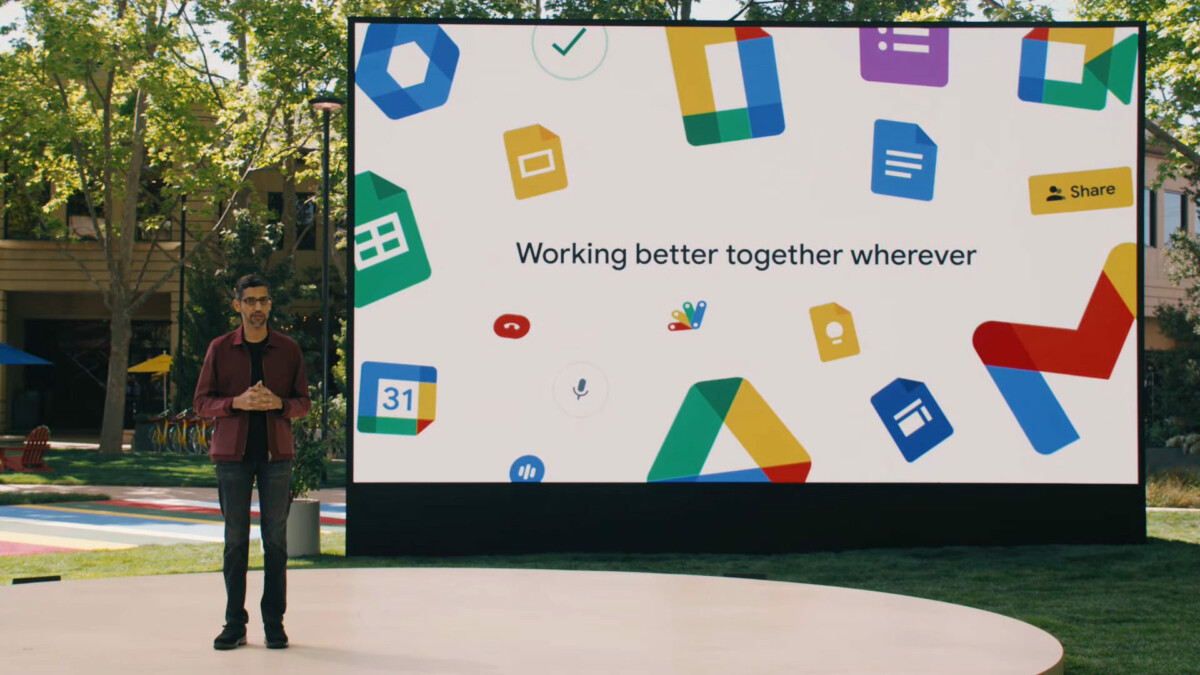 Google Docs and Google Sheets were launched 15 years ago and have revolutionized collaborative online working. In this period of pandemic which has reinforced remote working, other more complete tools have come to complete this range, starting with Notion, particularly suited to project management, pushing Google to reinvent itself. On the occasion of Google I / O 2021, the Mountain View firm has just unveiled Smart Canvas, improvements to Google Docs and Google Sheets bringing more flexibility and interactivity to online files.

Google Canvas is not a tool strictly speaking, but new blocks available on already existing software in order to better connect users and content around the same project. These novelties will go through Smart Chips (or Smart Chips), accessible by simply adding an “@”.

Currently, an “@” makes it easy to insert a person’s name into a document. When this feature is deployed, an “@” will also allow you to add a file (Google Docs, Sheets, Slide, etc.), or an associated meeting via Google Calendar. These Smart Chips which first arrive in Google Docs, then will be added to Google Sheets thereafter.

Other elements are also expected in this update, starting with To Do Lists, directly linked to Google Tasks, as well as template tables. Google gives the example of a table allowing each employee to vote for a particular subject. Interactions in the form of emoji will also be added ” in the coming months ».

Artificial intelligence will also play a bigger role in writing documents with more writing assistance. In addition to the already existing sentence proposals, Google Docs will also include proposals for replacement formulas, for more inclusive texts for example.

Adaptation to all screens

Added to this is new managementresponsive Google Docs pages. The working pages will now be able to adapt correctly to all types of display by appropriately resizing all the elements of a document, such as tables or images for example. What improve in particular the use on a smartphone or a device with a screen smaller than a traditional computer monitor.

Google still ensures that those who want to convert their files to PDF or print them can always return to a paginated display.

Google Sheets is also entitled to its novelties. The idea is to better interact and visualize the data in a table with different views, like what Notion offers. Among the views presented, we can obviously mention the timeline, for a better overview of the tasks to be accomplished.

This view is intended to be as flexible as possible with an organization of data by owner, by category or by any attribute of the original table. What to present a much better work support.

To facilitate the use of the spreadsheets, proposals for corrections will also be included. In case of invalid data, Sheets will automatically suggest corrected formulas for your cells.

To all this, we must add better integration of Google Meet within documents. Starting today, you will be able to find a button in your documents to easily present Docs, Sheets or Slides with your team members.

To facilitate exchanges across the globe, Google also intends to use its expertise in artificial intelligence to offer live translated subtitles on the fly during meetings on Google Meet. From this year, participants in English will be able to be subtitled in Spanish, Portuguese, French and German. More languages ​​will be added over time. 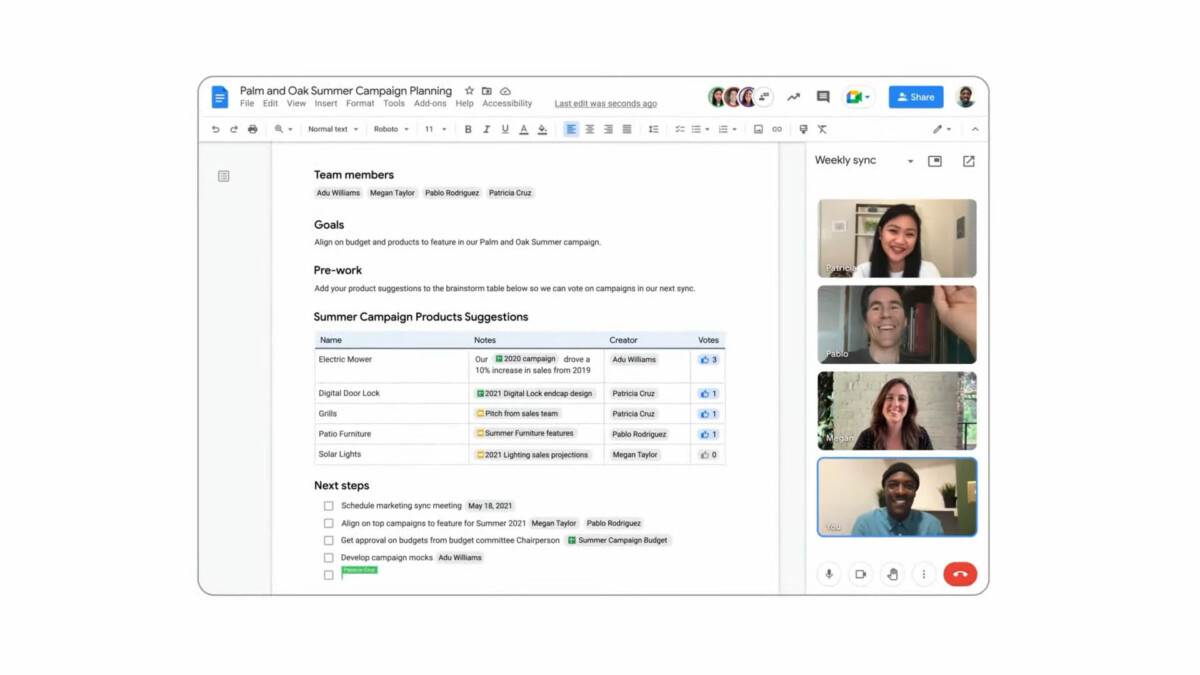 As projects often start with an email exchange, Docs or Sheets files, but also Slides can also be edited directly from the web mail client interface.

Finally, third-party tools have not been forgotten either. New APIs will allow new information and actions from other software to be imported into Smart Canvas smart chips. Google does not, however, specify which developers are already working on the subject.

By the end of the year

All these developments will happen gradually within the Google ecosystem. While some elements are available today, others will be added in droplets by the end of the year. Enough to improve your productivity and perhaps allow Google to become more competitive against its new competitors.