Google Stadia may not have its own studios to afford exclusives, but the cloud gaming service is not relieving the pressure. It announces more than 100 games to come in 2021 to its catalog. 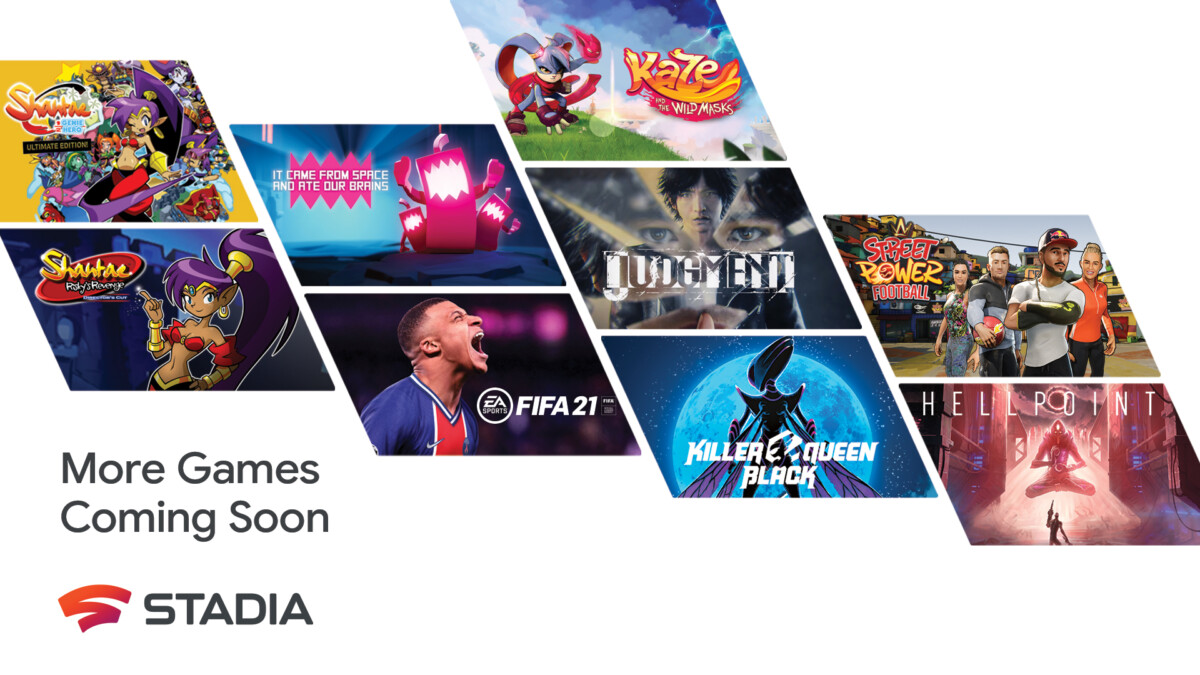 Some of the titles that will make the Stadia library grow // Gamesdone: Google

No home studios? No problem ! After announcing the closure of its Stadia Games & Entertainment studios, Google wants to show that it does not intend to stop there so far. And this obviously goes through the arrival of many more games in the catalog.

Titles for all styles while waiting for the blockbusters

There are two titles in the series Shantae (Half-Genie Hero Ultimate Edition and Risky’s Revenge – Director’s Cut February 23), a platformer and action game. And Stadia players will be able to enjoy versions that include all the DLCs, modes and skins already released. An adventure in Full HD for the belly dancer Shantae whose dances you must succeed in order to transform yourself and eliminate your opponents with magic attacks.

The catalog will also count on Kaze and The Wild Masks (March 26) – a title that benefited from the Stadia Makers program – darker games like Hellpoint and Judgment (from the creators of the series Yakuza – SEGA) or Encore It came form space and ate our brains (March 2), a game that promises to be as crazy as its title.

In the latter, you play as an alien killer in this arcade-style shooter. And you can even play up to four locally in campaign mode, or solo on one of the 12 survival mode maps against an army of aliens to transform.

These first titles, including Killer Queen Black and Street Power Football, are certainly less expected than other blockbusters like Far Cry 6 or the new one Hello Engineer. But it shows the desire for diversity – while meeting the quotas as Google can -, but also the desire to be more casual. Although this does not prevent you from finding titles like Assassin’s Creed Valhalla, Cyberpunk 2077 or Hitman 3 in the catalog alongside Little Nightmares 2 that Google has even paid for the luxury of offering its Stadia Pro subscribers the same day the game is released.

The announcement of the closure of Google’s internal studios has called into question the future of Stadia, its cloud gaming service. Can the firm make a place for itself in the industry without developing its own games?
Read more