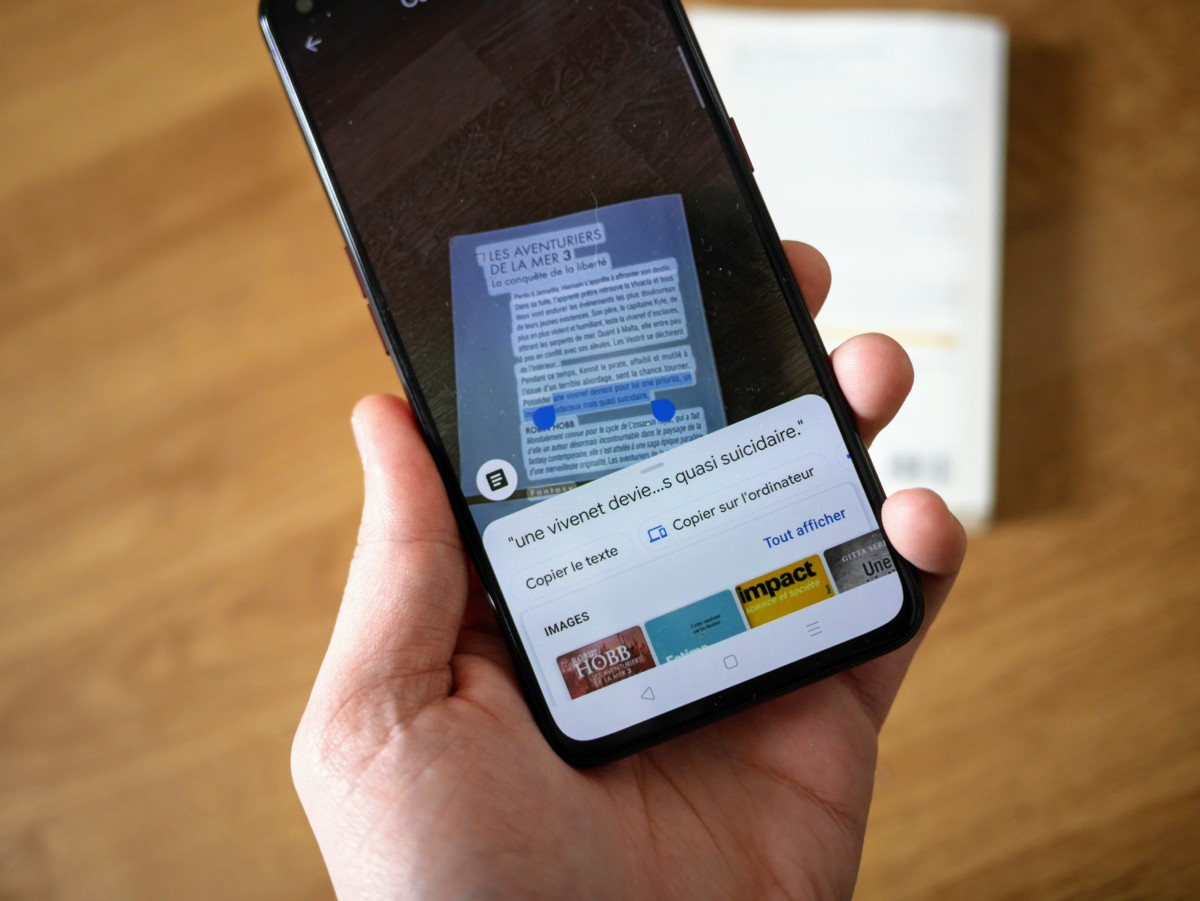 In the field of artificial intelligence, Google does offer its voice assistant, Google Assistant, but for images the firm is also equipped with another tool: Google Lens.

Launched in 2017, Google Lens is an image recognition system that allows you to recognize objects, scan text or a QR Code, automatically connect to a Wi-Fi network by pointing its label with the camera, or translate the elements of a restaurant menu.

To offer better integration of Google Lens into its own services, the Mountain View firm has however decided to go even further. As the site noticed Android Police, Google has indeed updated Google Photos, its photo and video hosting and editing service, to automatically integrate Google Lens.

“Our readers have spotted a few new tools when you tap the Lens icon while viewing a photo on the Google Photos app.”, indicates the specialized site.

Among the features noted by Android Police, mention may in particular be made of text recognition. Thus, by analyzing an image from your smartphone, containing text, you will be able to translate it, read it or even transfer it automatically to a computer as soon as it is connected to the same Google account. It is also possible to buy a product recognized by Google Lens on the Internet or to discover similar images.

Concretely, this integration of Lens with Google Photos should allow more people to discover the functions offered by Google’s image recognition tool.