A new feature on Google’s mobile app is currently being tested: a carousel featuring several short videos from Instagram and TikTok. 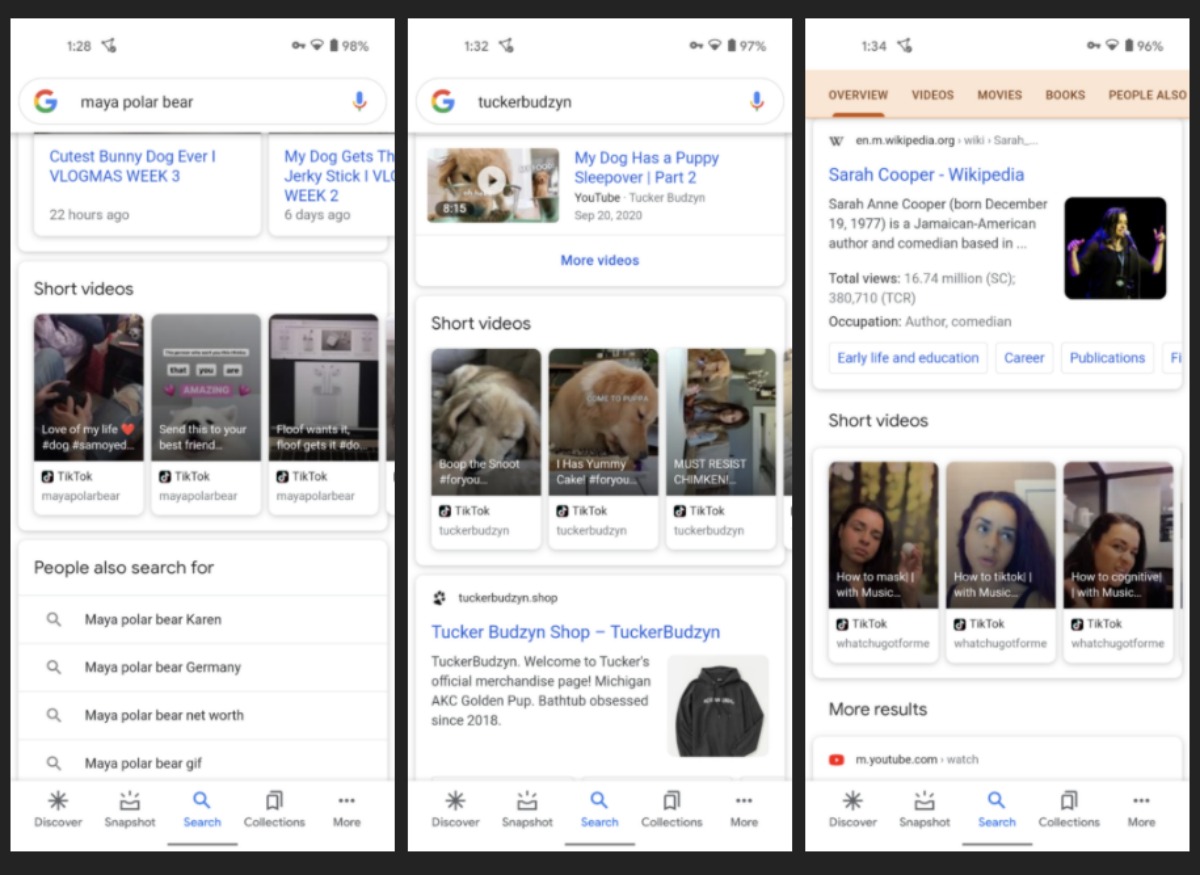 Several users had the happy surprise to experience a brand new feature that appeared on Google’s mobile application. This is currently being tested, a company spokesperson confirmed to TechCrunch, and is not intended to be deployed on a large scale in the coming days.

When TikTok and Instagram videos appear on your Google search

What does this function correspond to? To a carousel in which appears a series of short videos from Instagram (the famous Reels) and TikTok, the reference in the field. This carousel is available after making a request on the search engine, only on mobile, as a reminder. This makes sense, since consumers of Instagram and TikTok videos mostly use their smartphones.

Noticed Google pulling in Instagram and TikTok videos into this “short videos” carousel this morning. pic.twitter.com/iDr3C8OEAE

This novelty was highlighted by Brian Freiesleben on the social network Twitter, relayed by Android Police. A similar carousel had already been spotted in November, but the highlighted videos only belonged to the YouTube platform. Earlier in August, another Twitter user (Jatin chaudhary) had also unearthed a carousel of this type – moreover with TikTok videos -, but on Google Discover.

What advantage for Google?

Here, the Mountain View firm seems to be adjusting the focus to achieve the best possible user experience. But the Californian group seems to have a completely different idea in mind: that Internet users surfing with Google stay on Google. Since clicking on a short video, the user is redirected to the web version of the platform, and not the mobile application.

Then he just has to go back to find his search results and continue browsing his search engine. The fact is that this feature is still under development and is likely to evolve before its final deployment.