After 3D, Google announced the deployment of a major update to Google Earth. The planet mapping service (and beyond) has seen the arrival of the Timelapse, a way of giving another temporal vision of the Earth and of seeing the impact of man on our environment since 1984. 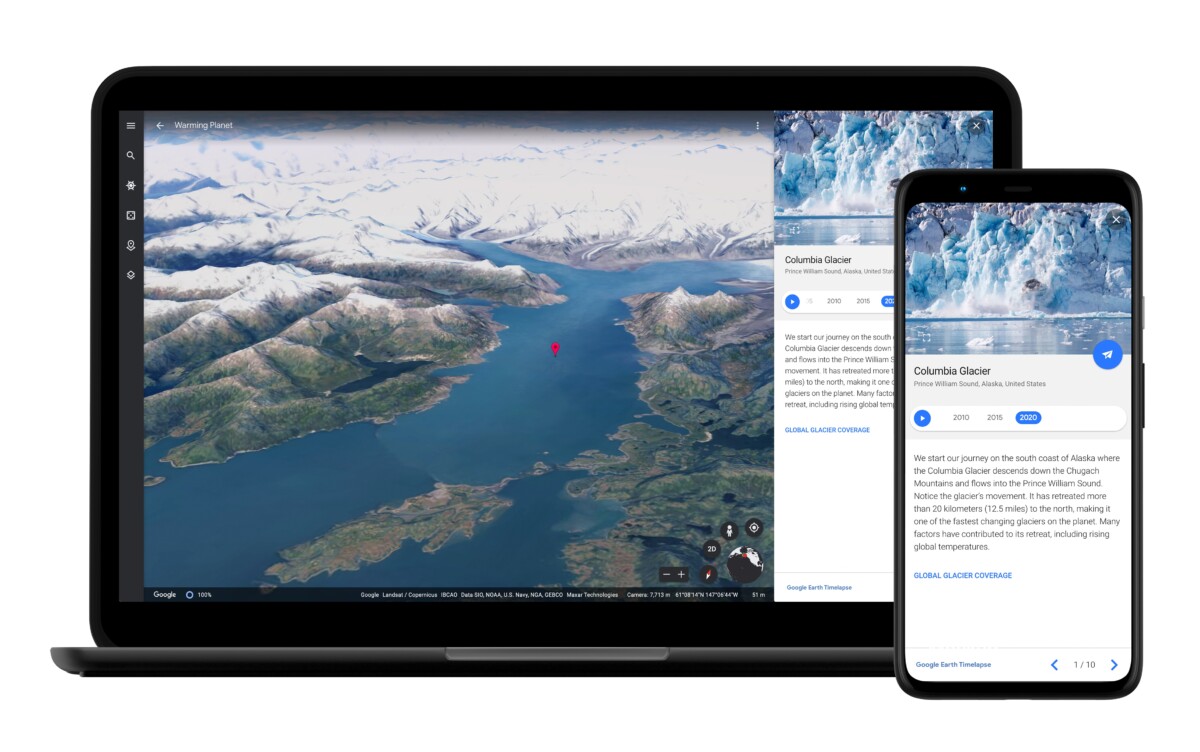 It is one of the most beautiful walks offered since its computer (his tablet or his smartphone too) with probably the game Microsoft Flight Simulator. Google Earth offers a very special view of the world, from space to the feeling of being there by zooming in as close as possible. A 3D ride that has delighted billions of users.

Since the introduction of 3D vision in 2017, Google Earth has only been enriched with small improvements here and there. And it is therefore with pride that Google announced, this Thursday, the arrival of the biggest update for four years. The Californian firm now adds the notion of time to its service under the name Timelapse.

A tool for observing climate change

To have this “temporal” view of the Earth, Google Earth has integrated 20 million satellite photos taken since 1984. It will thus be possible to see the time passing on the planet over the last 37 years and to see how landscapes, cities and other iconic places have evolved over the years, for better and worse. From the Amazon rainforest which is reduced to l’expansion of Las Vegas (Nevada) in the middle of the desert, passing through the changes of Dubai or Koweit City.

It is also a way of perceiving what the world has become and the impact of man on the environment with shrinking forest areas, drying rivers and concrete gaining ground in the city. In addition, Google Earth also offers more 800 2D and 3D timelapse videos in a dedicated space. Videos you can zoom in and download too. 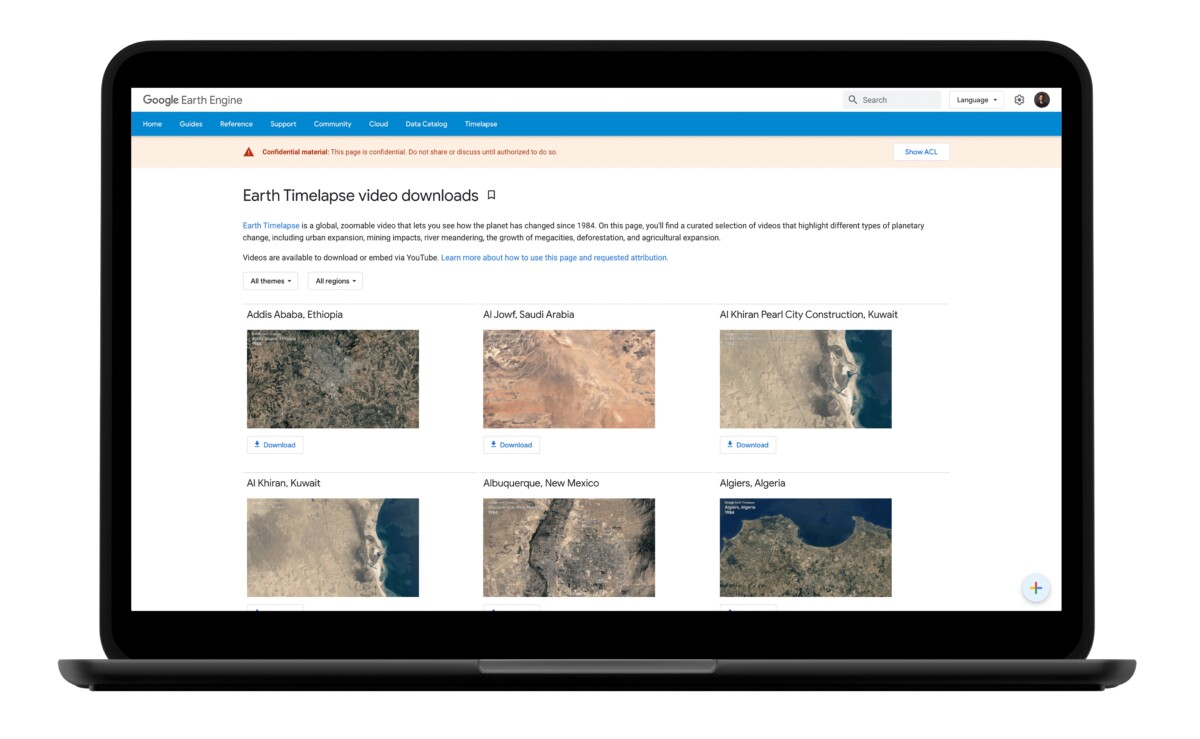 In total, it took more than two million hours of cloud processing to digest the 20 petabytes of satellite images and convert them into a mosaic of 4.4 terapixels, the equivalent of 530,000 4K videos. Enough to offer the most precise and complete rendering on the planet. Google promises that Google Earth will be updated every year with new images to enrich Timelapse which is, according to the Mountain View firm, a means of “enable everyone to get involved in the fight against climate change ”.

And Google does not fail to thank its renowned partners: the American government, the European Union and the Copernicus program with the Sentinel satellites, NASA or the Lansat program (Institute of Geological Studies of the United States) which allows the space observation of the Earth for civilian purposes.

The Timelapse space works with any location on the globe. You just have to go to Google Earth on the medium of your choice.