One developer released a fairly comprehensive and efficient Google Assistant app that runs on Windows, Linux, or macOS PCs. 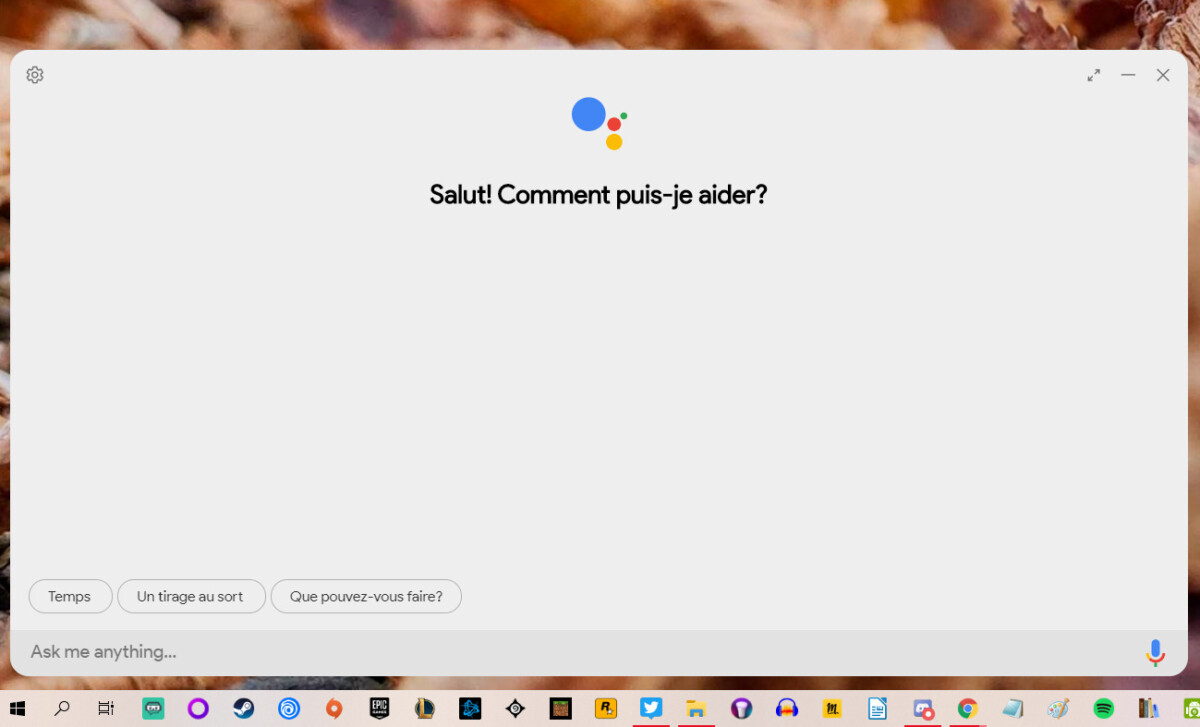 Launched in 2016 first on Google Home, Google Assistant has spread to a large number of devices. The voice assistant is now available on all Android smartphones, on a large number of connected speakers, on certain headsets and earphones, on Wear OS connected watches and even on Chrome OS computers.

An installation that requires many manipulations

The idea is quite simply to take advantage of Google’s voice assistant directly on a computer running Windows, Linux or macOS. The wizard then appears in the form of a small window that can be opened with the Windows + Shift + A combination on Windows for example. The window allows you to enter text or interact directly with the microphone if desired. It will also allow you to obtain relevant answers on the weather, for photos, or even interact with the home automation elements linked to your Google account. The interface can also be displayed as a dark theme – enabled by default – or with a bright theme. However, as reported by the Android Police site, which reports the information, the application can still be sensitive to certain bugs and lack visual feedback, on the management of lights or the thermostat for example. It also does not offer voice triggering via « OK Google » and cannot launch other applications for music or movies.

Obviously, however, this is a port of a third-party developer, and not an application developed directly by Google. This means that to take advantage of it, Google Assistant on PC will need a lot of manipulation. For example, you will need to obtain an authentication key in the Google Assistant developer console, but also configure the application to be able to use it by downloading a file from the Google site. A whole procedure which is detailed on the developer’s Github page.