Sony unveiled the list of games offered to PlayStation Plus subscribers in December. They can go on a getaway to a Mediterranean island in Just Cause 4, sharpen their shots in Rocket Arena or even discover PS / PS5 multiplayer with Worms Rumble.

To end the year, Sony knows how to please its PlayStation Plus subscribers on PS4 and PS5. They will be able to enjoy the last opus of the franchise Just Cause, Square Enix’s action game, or opt for a 3v3 shooter in Rocket Arena.

Worms Rumble will debut on PlayStation on December 1 as well as on PC. And for the first time, PS4 and PS5 players will be able to compete in this 32 player game in real time. 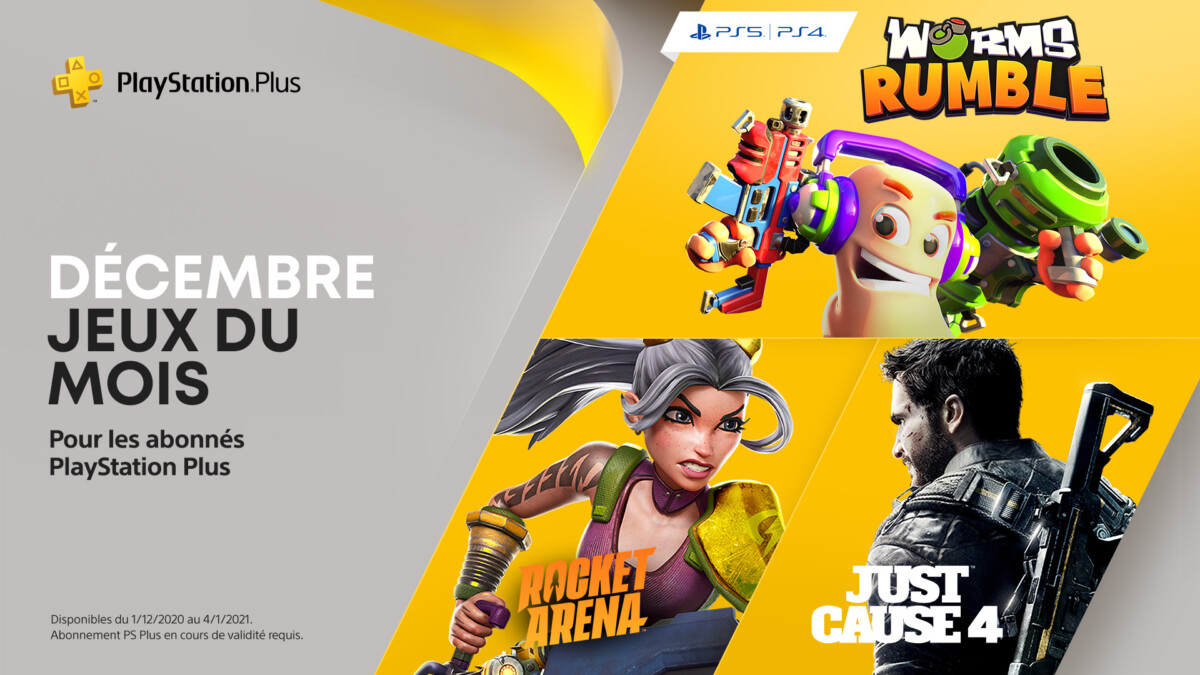 The games will be available from December 1 to January 4. On the other hand, the games offered in November (Bugsnax,Middle-earth: Shadow of War and Hollow Knight : Voidheart Edition) will return to the paid version after November 30.