Microsoft announces the first additions of Xbox Game Pass for the year 2021. PES and Torchlight are doing well.

After the winter break, Microsoft resumes its good habits and announces the new games that will integrate the Xbox Game Pass in the coming days.

We can note that in its announcement, Microsoft now speaks of available games ” in the cloud ” rather than ” on Android “. On the one hand, it helps prepare the arrival of the cloud gaming service on iOS and PC scheduled for spring, and on the other hand it makes it clearer that the games are not available for download on Android, but simply by streaming. 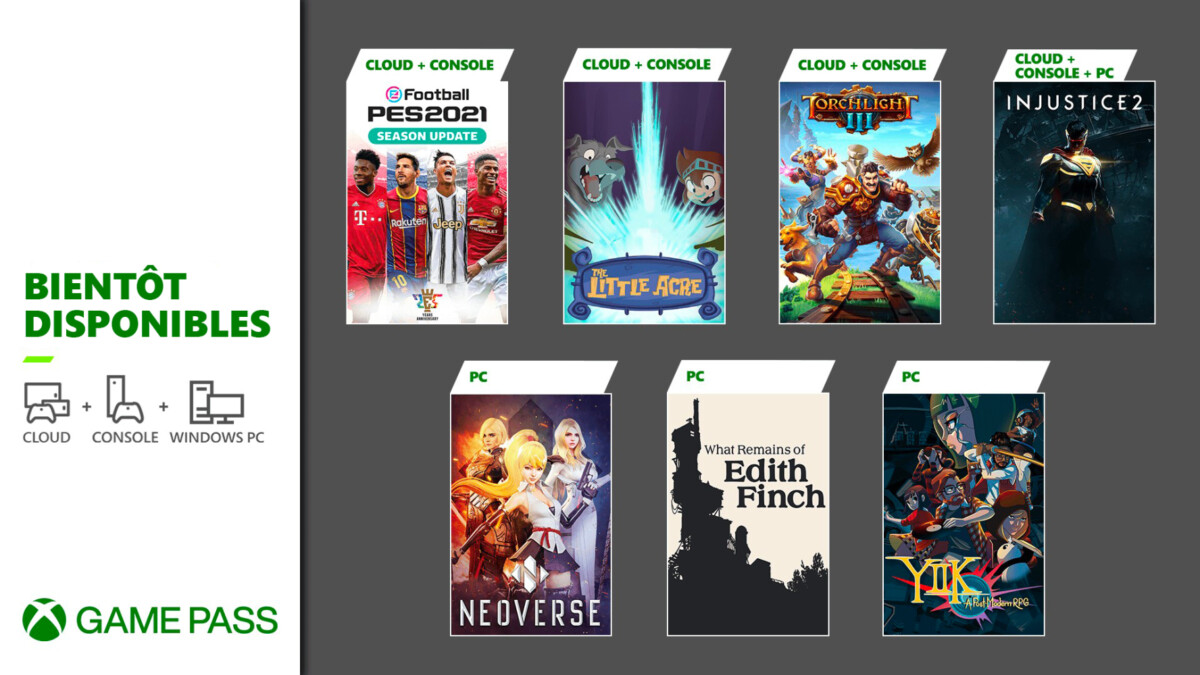 As often, Microsoft takes the opportunity to also announce the departure of certain games from the subscription.

Until that date, Microsoft is offering discounts on its store to become the owner of the titles.