NEON, a virtual being designed by a startup from Samsung’s innovation lab, is expected to make an appearance soon. And the Galaxy S21 Ultra could be the first smartphone to embed this artificial intelligence larger than life 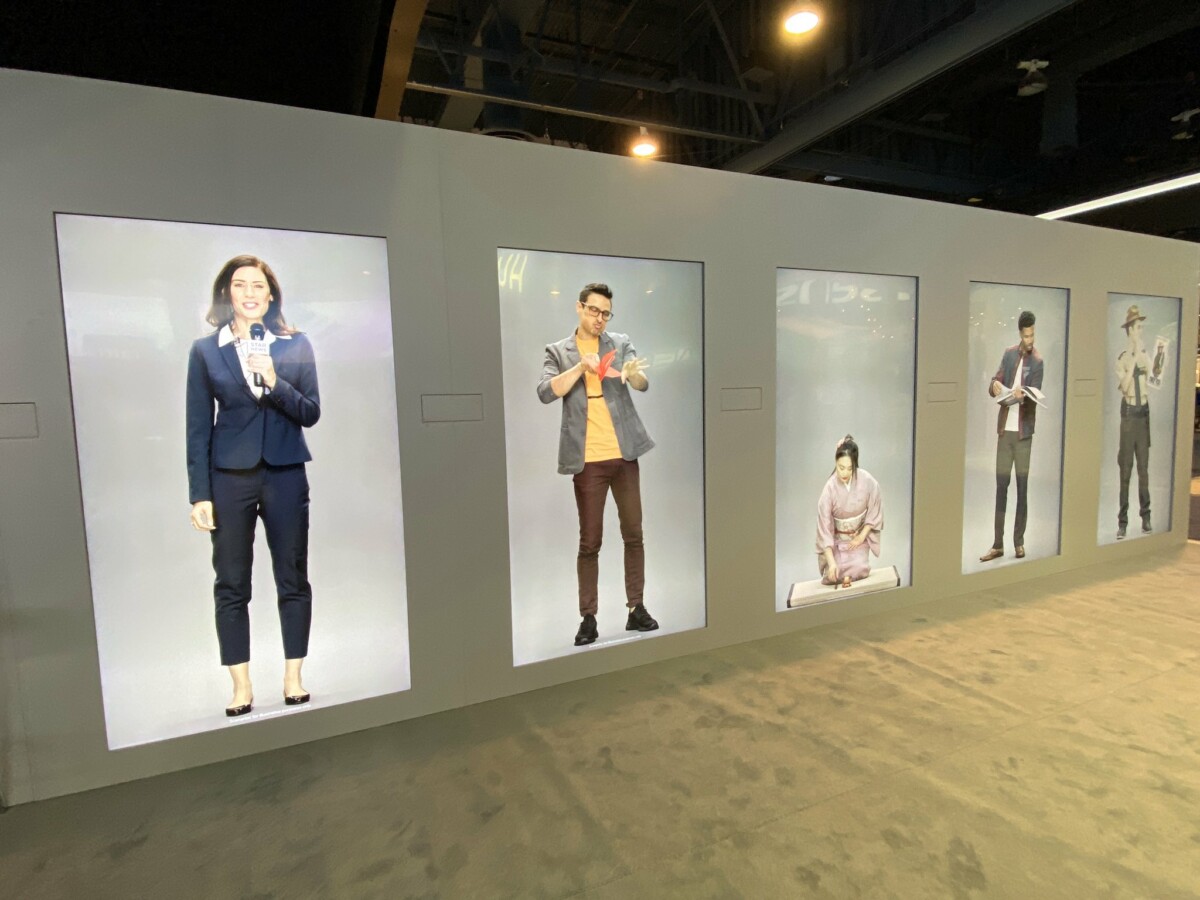 It was one of the most surprising announcements from the last CES in Las Vegas. Among the startups presented by Star Labs, Samsung’s innovation laboratory, a strange wall gallery caught the eye. On its screens, men, women, blondes, brunettes, young and old, of Asian or European origin, in sportswear or working girl style. But none were real.

I just got hooked up by a guy who doesn’t even exist! Here is #Neon, a human being created virtually and randomly. But endowed with emotions and intelligence (like what it cannot exist 😁). #CES2020 pic.twitter.com/DhC0m5D5Kl

NEON is a “be artificial Which can interact with you in a completely natural way. He can sympathize, discuss, react to your emotions. “An artificial human who looks and behaves like a real human, with the ability to show emotions and intelligence», Explains Star Labs, the company behind this strange artificial intelligence.

An innovation that had bluffed visitors to the Tech show without suggesting the use that could be made later of this virtual assistant in the window. The only distilled information: each NEON would have a first name to differentiate themselves from Alexa, Siri or Google Assistant which they are not intended to replace.

An artificial being, not a virtual assistant

It is a leaker who could have discovered the solution. A man called Tron announces that Samsung would consider equipping its next Galaxy S21 Ultra, expected in January. A tweet that interested him quickly deleted, but whose site MSPowerUser published a copy

NEON would not replace Bixby, the home voice assistant, or Google Assistant, but would add to all the help embedded in the smartphone. NEON should not be used to give you your appointments, to call your contacts.

Behind this “new kind of life“, As summarized by Pranav Mistry, their creator, there is a dedicated technological platform designed by Samsung, called CORE R3 (for”Reality, Real Time, Reactivity » —reality, real time and responsiveness). Added to this is SPECTRA, a form of AI that manages emotions, memory – NEON remembers your reactions and exchanges – and learning so that the experience looks as real as possible.

What can NEON be used for? No one really knows yet. Every being designed by Star Labs seems to have a mission: nurse, service provider, teacher, journalist, actor, guide, etc. “NEON can be our friend, our collaborator or our companion», Explains Pranav Mistry who confided to have it on his phone and to promise a demonstration by Christmas.

On Twitter, however, he wanted to clarify things: “NEON will not be available to the general public. It first targets B2B as an API to integrate NEON’s real-time conversation experience with web services and mobile applications. “

To clarify, NEON View is not coming for general public availability. It is first targeted for B2B, as an API that integrates NEON’s realtime conversational experiences to their mobile apps and web services. https://t.co/xbL8fp5Yn4

NEON could therefore take advantage of the future power and possibilities of Samsung’s Galaxy S21 Ultra, but intended only for professionals. For the time being…