With the pandemic and the spread of teleworking, the deployment of fiber accelerated in France in 2020. According to the latest figures published by Arcep, more than 10 million homes are now equipped with very high speed. 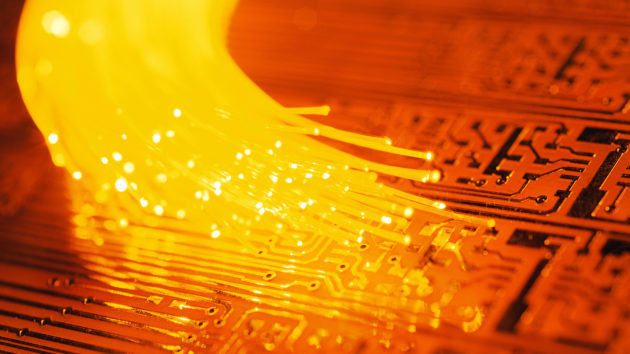 2020 will have changed the game for a lot of things and changed our habits. And among these, our relationship to work and life at home.

The Covid-19 pandemic has made us stay at home much more, whether in confinement or teleworking, and now, it is important for everyone to feel comfortable there. It also goes through the internet connection, more than ever an important link with the outside world. And according to the latest figures published by Arcep, France experienced an acceleration in its fiber connections in 2020, particularly in the 4th quarter.

The fiber is coming at full speed

The Telecoms Regulatory Authority unveiled its fixed-line market observatory and announced “record progress in fiber optic deployment (FttH) and its adoption. »A record year for France, which recorded 3.3 million additional accesses to optical fiber and now has 10.4 million subscriptions as of December 31, 2020.

It is all very high speed (maximum downlink speed greater than or equal to 30 Mbit / s) which is experiencing rapid deployment. In the 4th quarter, 1.1 million additional accesses were listed to reach 14.7 million households connected in France. This represents almost half of subscriptions in France (+ 10 points in one year) and “51% of the number of premises eligible for very high speed” (+ 3 points).

France now has 30.6 million broadband and very high speed subscriptions. That’s 800,000 more in one year and 285,000 in the last quarter alone. “Such annual growth had not been observed for three years», Underlines Arcep.

Accelerated deployment despite the health crisis

While one would have thought that the health crisis would affect the facilities and the work of telecom operators, it did not. Arcep explains that it recorded 16% more connections to FttH in the last quarter of 2020 than a year earlier. Over the year, 19% more lines were created (5.8 million) and 24.2 million premises are now eligible for fiber (+ 31% in one year).

In total, 2020 made it possible to achieve an eligibility rate for very high speed, all technologies combined, of 28.6 million premises, including 21.7 million outside large cities and very dense areas. 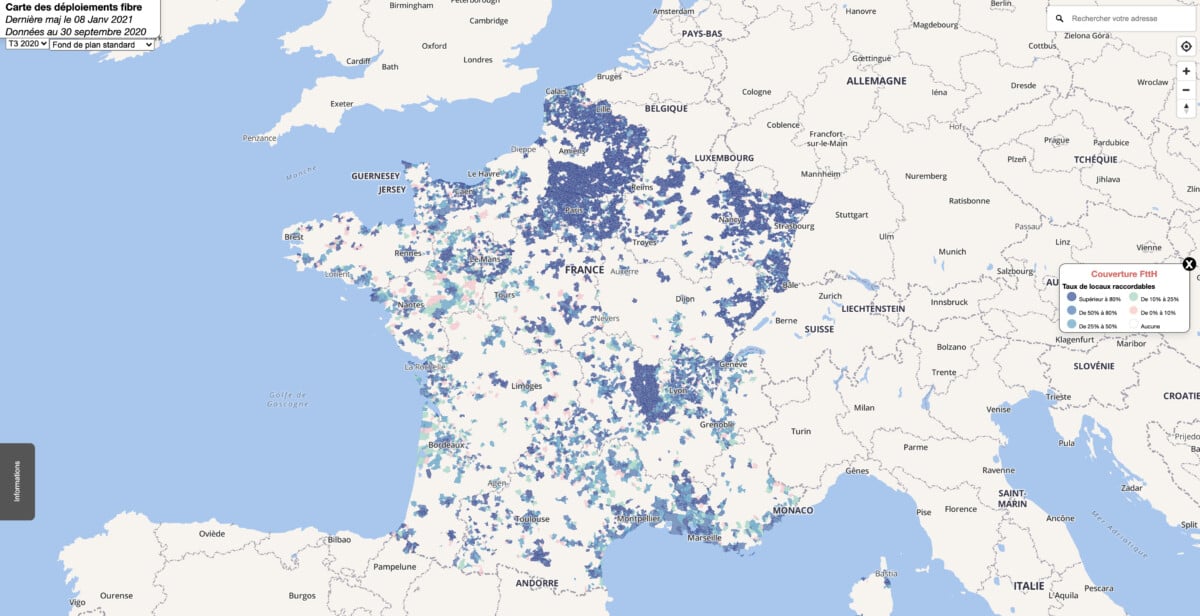 To find out if your home is connected to fiber, Arcep offers an interactive map to follow the FttH deployment in France. You will also get an idea of ​​the connection times in your area.