At the forefront of accessibility in video games, Xbox has partnered with Philousports, famous Twitter troublemaker, to make the situation of millions of players more visible. A cause that is close to the heart of the patron of the French gaming branch, Ina Gelbert, for whom it is also the responsibility of the manufacturer and publishers to help the cause. 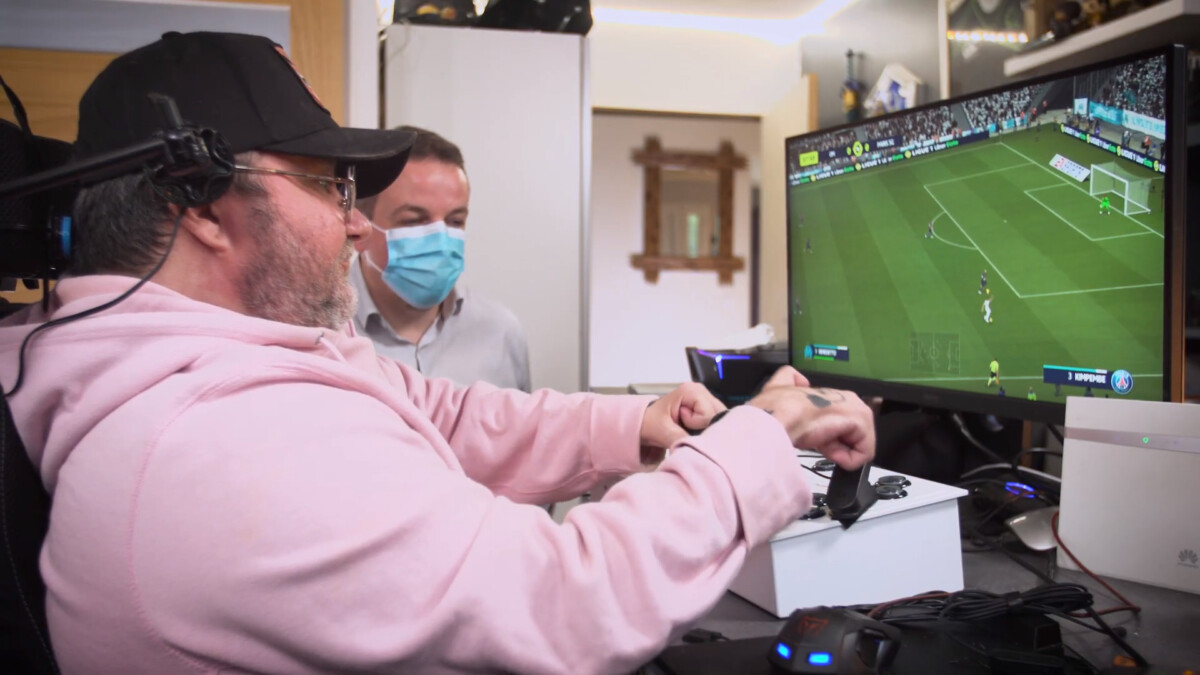 It’s a name that the most assiduous on Twitter, especially if you like sports and GIFs, have inevitably come across: Philousports. Behind this nickname, hides an enthusiastic football and video game fan, quick to entertain the famous platform with his messages tinged with humor and a lot of self-mockery, especially around his handicap.

Suffering from a myopathy which prevents him from walking, Philippe of his real first name – or Philou for his followers – has the loud verb and the passion at the end of the fingers. Fingers whose mobility he gradually lost with the disease, forcing him little by little to give up video games, for lack of being able to hold a controller correctly. “Video games were a passion that I had to quit because of my progressive disease,” explains Philousports to Frandroid. ” Yet he had a big place in my life. »

A way for him to escape and access things that he could not do in real life, such as playing football, he found there an outlet, but also emotions that he did not necessarily know such as ” frustration and nervousness when (he) loses. But when you are not equipped to overcome this problem, losing the mobility of your hands is a real handicap when you are a fan of competitive shooting games or FIFA.

Accessibility, a subject at the heart of Xbox’s concerns

It was while chatting on Twitter, his favorite playground, that Philou made contact with Xbox and CapGame, an association specializing in accessibility to video games. The latter, created in 2013, is working to offer solutions to players with disabilities, whether in terms of hardware or software.

“The three of us had been in contact for a long time. And over the course of the discussions, the idea came to us to do something together ”, explains Ina Gelbert, director of Xbox France. “It happened very naturally. The idea was not to make noise or take him as an Xbox ambassador. We just wanted to help him do his setup. “ 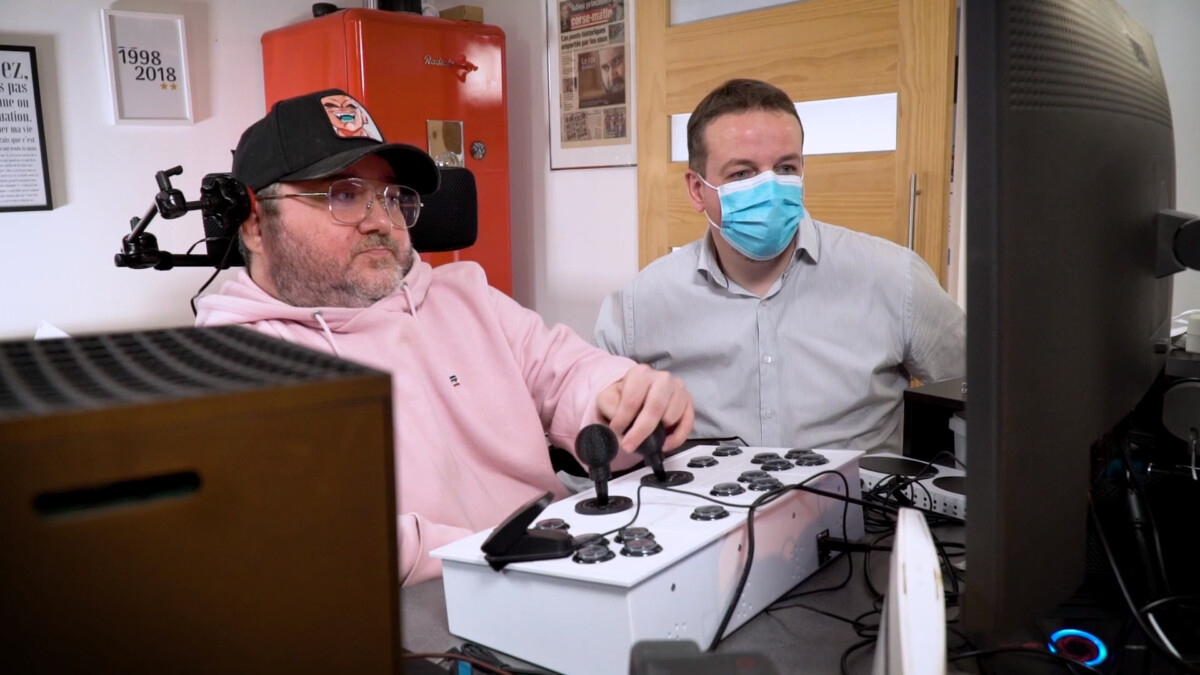 For several years, Xbox has had a very committed policy in terms of accessibility in video games. « Not everyone understood that the video game was already accessible. It is also our role to show it, in the functionalities we offer, our games, the equipment, etc. It evolves and it feels good ”, adds Ina Gelbert. Xbox has in this sense multiplied initiatives in games like Gears 5, first AAA game considered to be fully accessible by the Can I Play That association who scores the games according to this criterion. Sony is certainly behind in this area, even if the firm has previously put the package on the accessibility of its games likeThe Last of Us Part II, but begins to fill it with the addition of settings parameters also in its PlayStation 5. All good for the players concerned.

The most striking example on the Xbox side was undoubtedly the induction of the adaptive controller a few years ago, a huge controller, a kind of hub on which to plug accessories to allow players with disabilities to have equipment perfectly suited to their needs. Many props manufacturers like Logitech for example have developed buttons, sticks and other sensors that connect to multiply the proposals. It is around this base that Xbox and CapGame came to support Philou.

Playing with the Xbox Adaptive Controller has made life easier for many disabled gamers // Gamesdone: Xbox

Philousports, an example more than an ambassador

An occupational therapist went to Corsica to identify his material needs and understand his desires as a player in order to better adapt his installation. If he was obviously able to take advantage of the Xbox Series X to rediscover his gaming sensations and an adaptive controller to respond to his problem, Philou admits to having been impressed by the possibilities he did not know existed.« They brought me a lot, because I discovered a lot of technical innovations in particular to play with something other than the hands, like the head », He confides to us. And to add: “While playing thanks to my new adapted setup, I found my feelings. The progress and the efforts that have been made are incredible. Even a heavy handicapped person like me can play easily.

By partnering with Philousports which wanted to show its love of video games, Xbox and CapGame hope to highlight accessibility in gaming. To do this, they made a series of short videos together called Philou joins the party to explain Philou’s entire journey, from the design to the installation of the new setup and how the perfect solution was developed for him.

“We must educate people with disabilities”

“The objective was above all to shed light on these subjects, on these people and that they show others that it is possible”,claims the boss of Xbox France. “ The real message is there: people with disabilities and those around them must be made aware of the fact that they can easily play video games..”

With the Covid-19 crisis, the project, initiated at the end of 2020, will have taken some time to be done, but to the delight of all. “CapGame was very motivated, because showing what is possible is part of their mission”, Recalls Ina Gelbert who recalls that France has 12 million disabled people and that 70% have no visible disability.

“The problem is both the game and the hardware. The controller is the continuity of what you have in mind, the action you want to do. And for some, the standard lever can be a brake, a barrier. Then it will be the screen, its brightness or the colors. The sound if you are sensitive to noises or that you do not perceive them, etc.., ”She lists. “Depending on your handicap, you will come up against obstacles that you have to overcome.There is no priority handicap and, at Xbox, we try to do everything to treat them fairly.”.

France at the forefront of awareness

And in this game, France is moreover rather a pioneer. This partnership with Philousports is the result “ a real sensitivity of the France team”Which had already ensured that its Paris Games Week stand could be accessible to all visitors. To also organize guided tours with CapGame and sign language translations of its conferences held at the Paris video game fair. “ We may have been a precursor and sensitive a little earlier than the others, ”Congratulates Ina Gelbert. “ It goes back to other subsidiaries and we see other fairly similar projects in the United States or Canada. 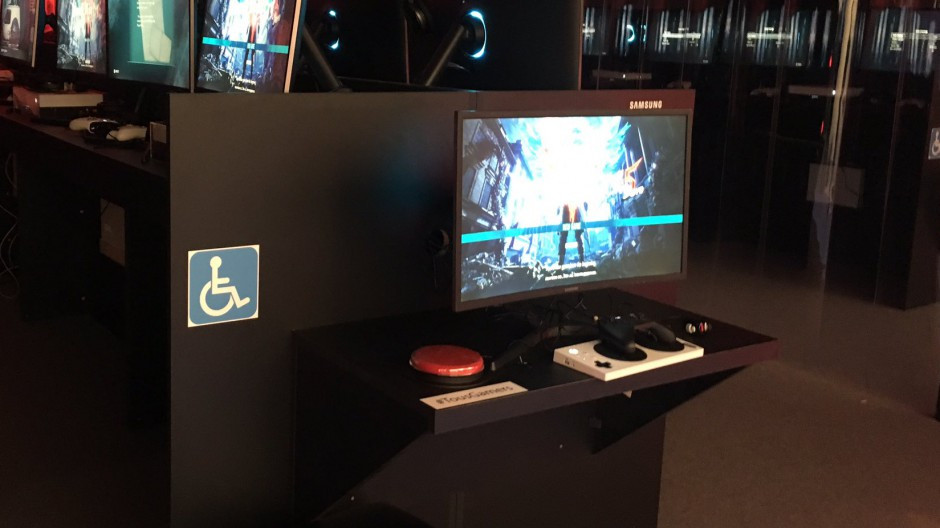 The Xbox booth with an adaptive controller to play during Paris Games Week 2019 // Gamesdone: Xbox

Making sure to inspire each other and breathe ideas: a very good thing for the French boss of video games at the cross. She admits that she was not always sensitive to the subject of accessibility, mainly through ignorance. ” I didn’t have people in this situation around me, I never really paid attention“, She admits, before listening to testimonies and meeting the people concerned. ” Once you take it into consideration, you don’t go back. In the slightest thought that you have, you think about it and you make sure to include it. »

A very marked philosophy at Microsoft where Satya Nadella has always demanded from his teams that the slightest innovation be designed to be used by all, able-bodied as well as disabled. Phil Spencer has taken this credo for Xbox and the company recently launched theXbox Accessibility Guidelines, a roadmap submitted to video game developers to ensure that their titles are suitable for as many people as possible. If this is not a mandatory passage to validate a game on Xbox, it nevertheless resembles strong recommendations. ” We hope that from now on, on all the projects that we lead in any case, it becomes a kind of standard on game development, that a game that comes out is as accessible as possible and overcomes all barriers. “, Explains Ina Gelbert.

Time to shine a light on accessibility

How to ensure that accessibility in video games becomes a standard and fits into the logic of development? “This desire for video game accessibility must happen before the game is released and even from the design stage.», She hammers.But she also knows that time is the main obstacle. The time it takes to develop a game, but also to carry the message and make everything visible. Associations such as HitClic which provides equipment adapted to disabled players, initiatives such as those of multiple YouTubers who try to publicize their practice and to inform publishers and manufacturers to make them aware of the situation of a large number of players, or else Rebird, the first handi esport team: messengers exist, but are still struggling to come to light. 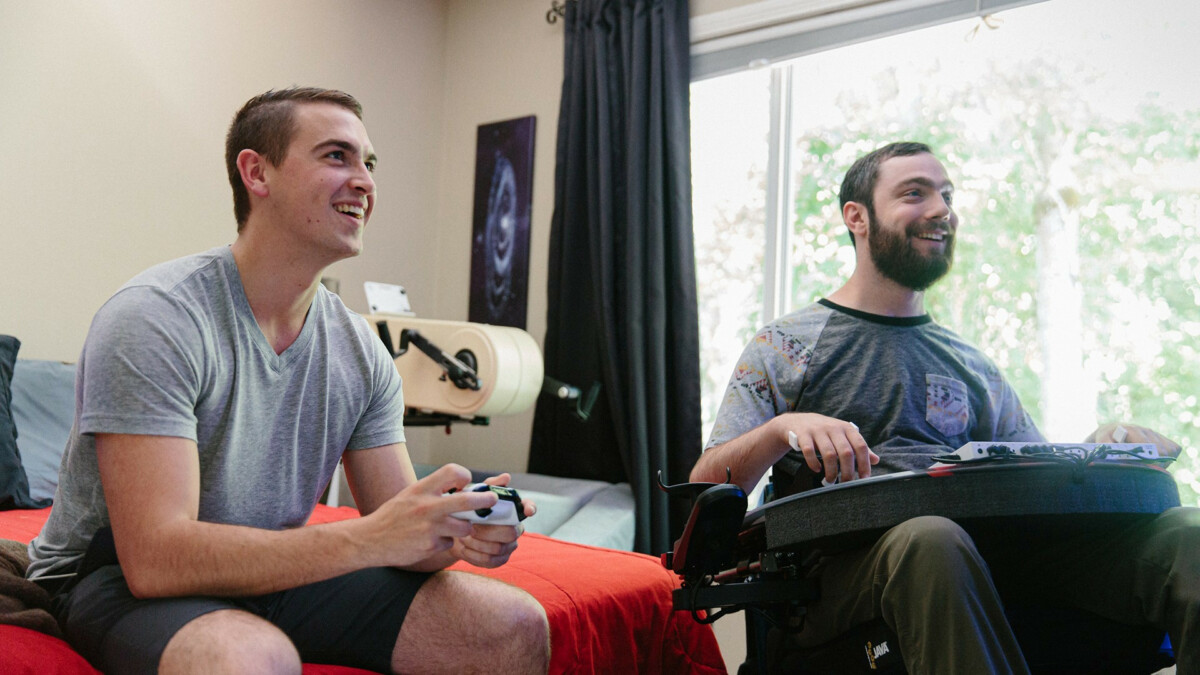 Xbox is now offering game developers to help them make sure their title is accessible to all players // Gamesdone: Microsoft

Even if they did not go to find Philou for that, Xbox is there a wonderful megaphone on a Twitter network particularly pampered by gamers. “The lines move, it begins “, Enthuses Philou who no longer excludes streamers like the others. “The more visibility there is, the faster things will go and I’m optimistic“, Loose a player happy to have found his feelings and to be able to benefit fromAssassin’s Creedand other racing or shooting games that were short on time. Make people talk, show, explain again and again: a necessity, but also a way to shake up preconceived ideas about the geek player a little more and to show that video games are indeed everyone’s business. In every possible and feasible way.