During its exceptional event, Xiaomi unveiled (among others) the Mi Smart Band 6, a new connected bracelet which finally incorporates an SpO2 sensor (in the absence of NFC). 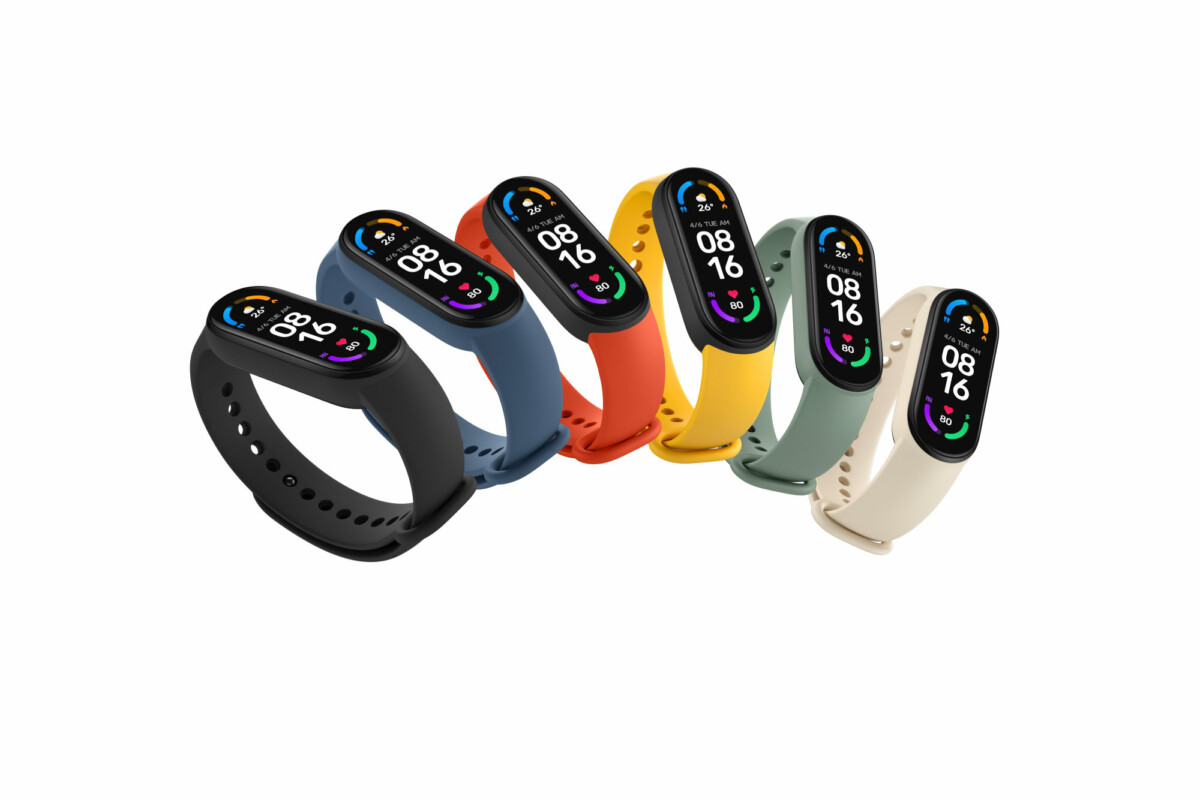 The Xiaomi product family is growing (a lot) today. Alongside the new features of its Mi 11 range and a video projector, the Chinese brand also unveiled its new connected bracelet, the Mi Smart Band 6.

The basics remain the same

At first glance, it is difficult to distinguish this Mi Smart Band 6 from its predecessor, the Mi Smart Band 5. It notably uses the oval format, which it refines a little more by extending the display which now measures 1.56 thumb, replacing the touch button in favor of controls directly on the screen. To accompany this widening of the screen, the definition has also been revised upwards and goes to 152 x 486 pixels, or 326 pixels per inch.

On the format, we therefore remain on a sober formula, embellished by the fancy of the colors available for its bracelet. Six colors are possible: black, orange, yellow, olive green, ivory white and blue. Of course, the bracelet being designed for athletes, we always find resistance 5 ATM for use even underwater.

The SpO2 sensor in addition

While the NFC is still expected in this range of products, Xiaomi has listened to its fans and integrated a blood oxygenation sensor (SpO2) to its connected bracelet. We also still find the accelerometers, gyroscopes and heart rate monitor already present on previous generations.

This new SpO2 sensor thus makes it possible to keep the oxygen level in the eye during intense exercises, but also to improve sleep monitoring, with more effective detection of REM sleep phases.

Finally, the Xiaomi Mi Smart Band 6 now recognizes 30 different types of exercises (compared to 11 on the previous generation), including 6 activities that are automatically triggered during the exercise for more precise monitoring.

With its 125 mAh battery, the Xiaomi Mi Smart Band 6 offers an autonomy of 14 days with a full recharge in less than 2 hours. The connected bracelet is still compatible with Android, iOS, the Mi Wear and Mi Fit applications, as well as Strava.

Despite these improvements, the Mi Smart Band 6 has the luxury of lowering its price and costs only 44.99 euros. Difficult to do better value for money.