After the historic attack on the Capitol, an important place of American democracy, by supporters of Donald Trump, the digital giants have started to react and take action. 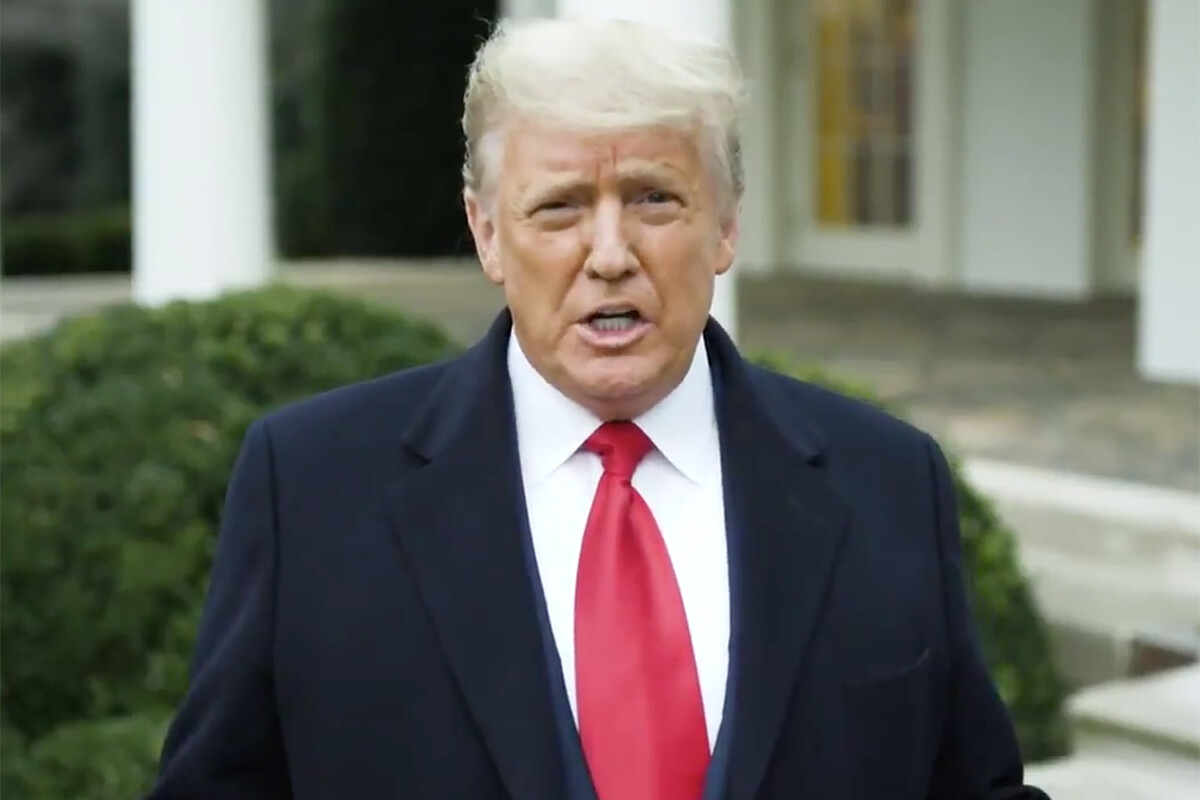 The United States has lived a historic day. On the night of January 6 to 7, 2021 in France, an insurgent group supporting Donald Trump attacked the Capitol in Washington DC, while the congressional meeting was taking place in the building to officially certify the victory of Joe Biden. A situation encouraged by several months of speeches by the outgoing US president who still did not recognize his defeat, which forced Twitter, Facebook, but also Twitch to make important, unprecedented decisions.

During the Capitol events, President-elect Joe Biden was the first to speak publicly on television to call on Donald Trump, still officially President of the United States, to firmly call on the men inside the Capitol to end the violence.

Donald Trump reacted quickly with a video recorded in the gardens of the White House, broadcast on television and on his Twitter account. In his quick speech, he announces ” understand the pain “Insurrectionists, because of” the stolen election “, But that they must” come home in peace ” to respect ” the representatives of the order “And that it is not necessary” Play the game Of the opposition, even if ” you are very special and we love you »He ends.

It is this speech, which could ignite the powder a little more, which finally decided Twitter to react. The platform first locked the video’s tweet, preventing sharing, replies and retweets, before finally requesting the deletion of three problematic tweets, and the blocking of Donald Trump’s account for 12 hours.

This means that the account of @realDonaldTrump will be locked for 12 hours following the removal of these Tweets. If the Tweets are not removed, the account will remain locked.

Note that throughout the evening, several voices were raised to call on Twitter to react as quickly as possible, not understanding why or how the speech itself could be authorized on the platform. We can in particular note the intervention of Chris Sacca, a former investor of Twitter who went so far as to say that Jack Dorsey and Mark Zuckerberg had blood on their hands to have ” rationalized this terror for 4 years ».

You’ve got blood on your hands, @jack and Zuck. For four years you’ve rationalized this terror. Inciting violent treason is not a free speech exercise. If you work at those companies, it’s on you too. Shut it down.

Although it is less privileged than Twitter, Facebook is also one of the platforms used by Donald Trump to communicate. The social network has declared an emergency with exceptional measures against Donald Trump. For the firm, Donald Trump’s speech encourages violence more than it disqualifies it, and therefore decided to remove the video in question.

This is an emergency situation and we are taking appropriate emergency measures, including removing President Trump’s video. We removed it because on balance we believe it contributes to rather than diminishes the risk of ongoing violence.

This is also the decision taken by YouTube officially. The video-publishing platform has removed all direct reports showing rioters with guns or making dangerous comments, noted Le Monde.

The streaming platform Twitch also went there for its reaction. She decided to remove the PogChamp emote created from the expression of Ryan “Gootecks” Gutierrez who stood out for publicly supporting the attack on Capitol Hill, going so far as to call out one of the participants of the attack who died following a gunshot a “martyr”.

We want the sentiment and use of Pog to live on – its meaning is much bigger than the person depicted or image itself– and it has a big place in Twitch culture. However, we can’t in good conscience continue to enable use of the image.

Twitch has however announced that it wants to replace the emote with a new version. This is one of the most popular emotes used on the site and for the platform its use goes far beyond the mere protagonist to which it can be attributed.