Facebook’s video calling tablet integrates support for Zoom, Webex, Bluejeans and GoToMeeting. During our test, we pointed out that apart from Messenger and WhatsApp, the Portal was not very useful. 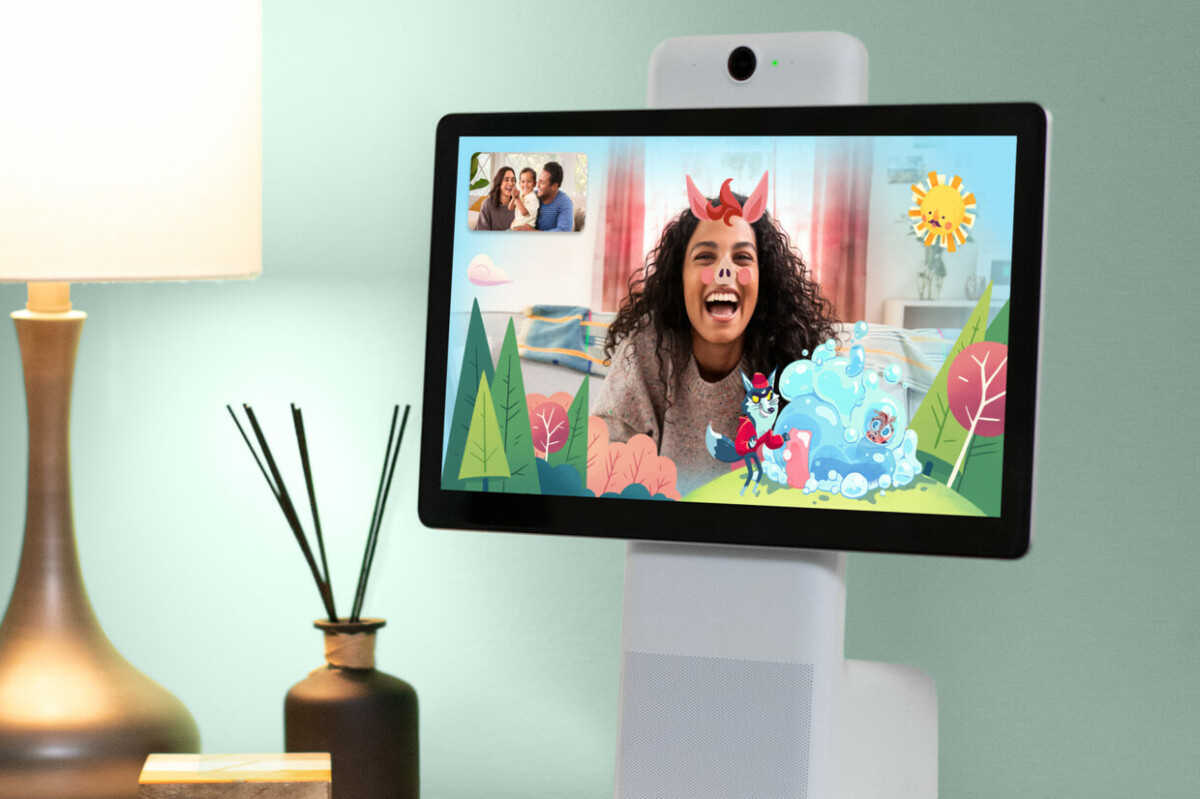 A bit like the Kobo or Kindle e-readers for reading, Portal is a specialized tablet, created by Facebook, largely intended for video calls via Messenger or WhatsApp. As the Portal was marketed at the end of 2019, before the pandemic therefore, its creators had not necessarily anticipated the explosion of a videoconferencing application like Zoom in 2020, which according to the site Datanyze would take 40% of the market share for the videoconferencing sector alone.

This is also one of the complaints we made during our test of Portal Plus, of limited interest for those who do not want to use either WhatsApp or Messenger, and not very endowed with native applications. By providing support for Zoom, but also Webex (which would account for 16% of the market), as well as smaller videoconferencing services, such as BlueJeans and GoToMeeting, the problem is reduced somewhat.

In detail, the Zoom support includes most of the advanced features of Zoom, such as the possibility of creating a “dispatch room”, which allows the meeting to be divided into several distinct rooms, or even the integration of the calendar, the sharing screenshots, and the priceless virtual wallpapers to troll your colleagues or friends as it should be with GIFS of course.

In the viewfinder of the social network, we can of course guess the desire to carve out a place for itself in the daily life of the ever-increasing number of teleworkers. The social network, in the blog note announcing this update, also quotes a study which indicates that “55% of employees would prefer to work from home at least three days a week after the Covid”.

The idea for Facebook is also probably to boost sales of its Portal a little. In the rest of its message, the social network pleads for “a device dedicated to videoconferencing, which frees up the computer screen to increase productivity during meetings“. We kinda want to tell them that a second screen works well too, but why not.