The video game industry continues to focus. Gearbox Software has been swallowed up by giant Embracer, and Tencent has invested in the French company DontNod. 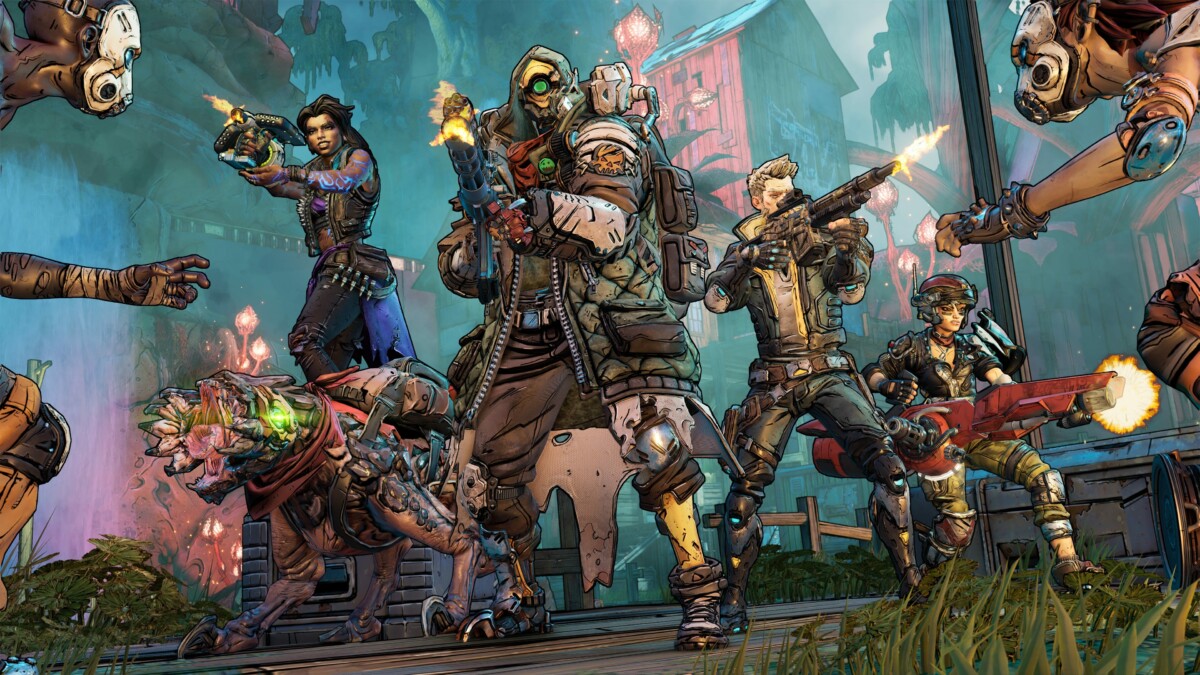 The video game industry is undergoing a metamorphosis. Within months, Microsoft announced the takeover of Zenimax Bethesda, Nintendo absorbed its partner Next Level Games, EA got its hands on Codemasters, and Tencent prepared its pawns for big buyouts, starting with Klei Entertainment. This first week of February marks new movements in Tencent, but also in the rest of the industry.

Google Stadia has announced the closure of its internal studios, questioning the future of the cloud gaming service, but the other big news is undoubtedly the merger of Gearbox software and Embracer Group.

Embracer Group: the European giant that we do not know

Within a few years, Embracer Group has grown into an industry giant, a colossus in Europe, and yet this name is unknown to most players. It is in fact a holding which has multiplied in a few years the acquisitions of studios and publishers. Today, Embracer brings together no less than 58 development studios for 5,700 employees in 45 countries.

The group announced on February 3 its desire to merge with Gearbox Software, the developers of the Borderlands series having worked on Alien, Duke Nukem, Brothers in Arms and the Half-Life series with Valve (of which the name of the studio is a reference. direct). According to the always knowledgeable reporter Brad Sams, Microsoft was also interested in the idea of ​​a Gearbox buyout, but the $ 1.37 billion put on the table by Embracer for this merger-acquisition, may have deterred the group.

The Embracer group announced the same day its merger with Easybrain, a specialist in mobile games, and the acquisition of Aspyr Media, an American publisher and developer.

Dontnod Entertainment has grown rapidly in recent years, thanks to the success of the Life Is Strange series developed for Square Enix. The developer has multiplied since the projects, with Vampyr for Focus Home Interactive, Tell Me Why for Microsoft, and Twin Mirror as an independent. The firm has opened a studio in Montreal, and is working on six new projects.

To finance all this, DontNod Entertainment was able to welcome a new major shareholder this week: the Chinese giant Tencent. The latter now owns 25% of the capital of the French studio, for a sum of 30 million euros. As with the takeover of Klei Entertainment, this investment should allow DontNod games to open the doors of the Chinese market.

France is home to many video game studios with international influence. We can especially mention Quantic Dream, known for its exclusive games made on PlayStation: Heavy Rain, Beyond Two Souls or more recently Detroit Become Human. The studio recently let it be known that it now wants to forge a multiplatform future, and announced the creation of a new studio in Montreal on February 2, 2021.

The new studio will be managed by Stéphane D’Astous, known for having directed Eidos Montreal and then Square Enix Montreal. The studio’s first game will be overseen by Yohan Cazaux, who was responsible for the design of Assassin’s Creed Valhalla.

let’s remember that Quantic Dream and Ubisoft were singled out for their particularly toxic internal culture. So let’s hope that this new studio will know how not to repeat these mistakes.