The “world’s largest” Nintendo Switch is mostly made of wood, weighs around 30 kilograms and is 650% larger than the original. 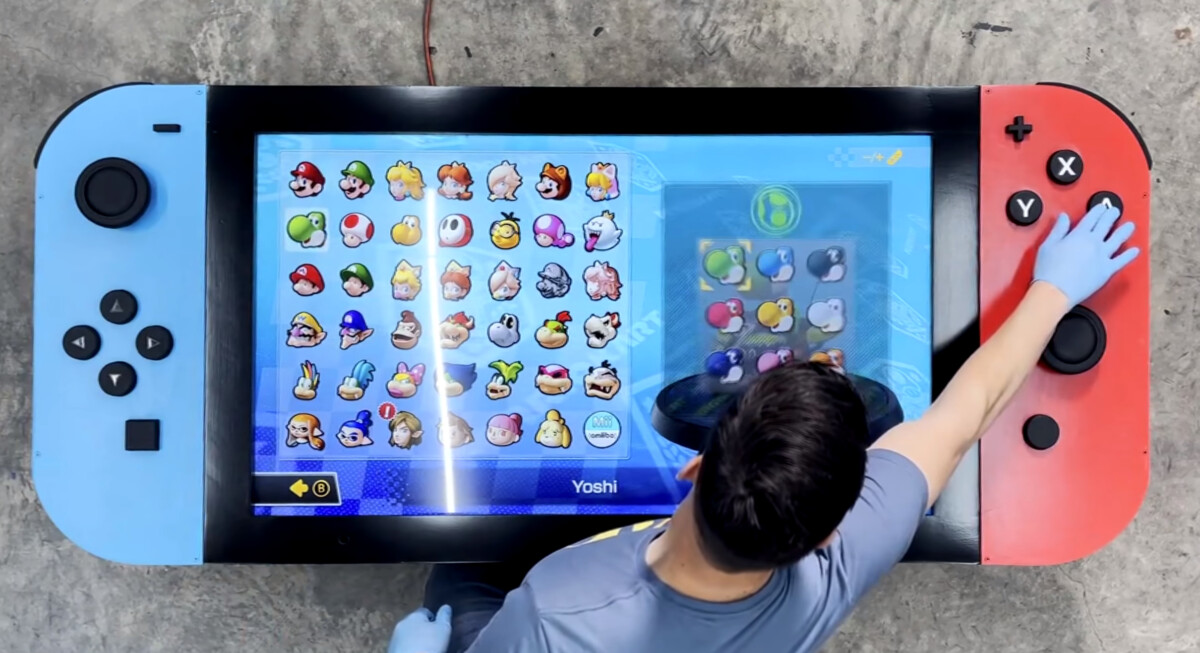 Modders are always surprising, they create, without necessarily having a reason to do it… it’s a passionate job. We remember this water-cooled PS5, quieter and much more compact than the original. Michael Pick, an American engineer, has just created the “biggest” Nintendo Switch in the world with the aim of donating it to a children’s hospital.

The Nintendo Switch Standard Edition measures 10.9cm x 23.9cm x 1.39cm and it can be used in both portable mode and desktop console thanks to the Dock. Mickael Pick’s proposal, however, is an oversized version. It’s 650% larger than the original, with a 4K definition screen (although the console does support 1080p) and it’s fully functional. The engineer shared the video of the construction process on his YouTube channel. 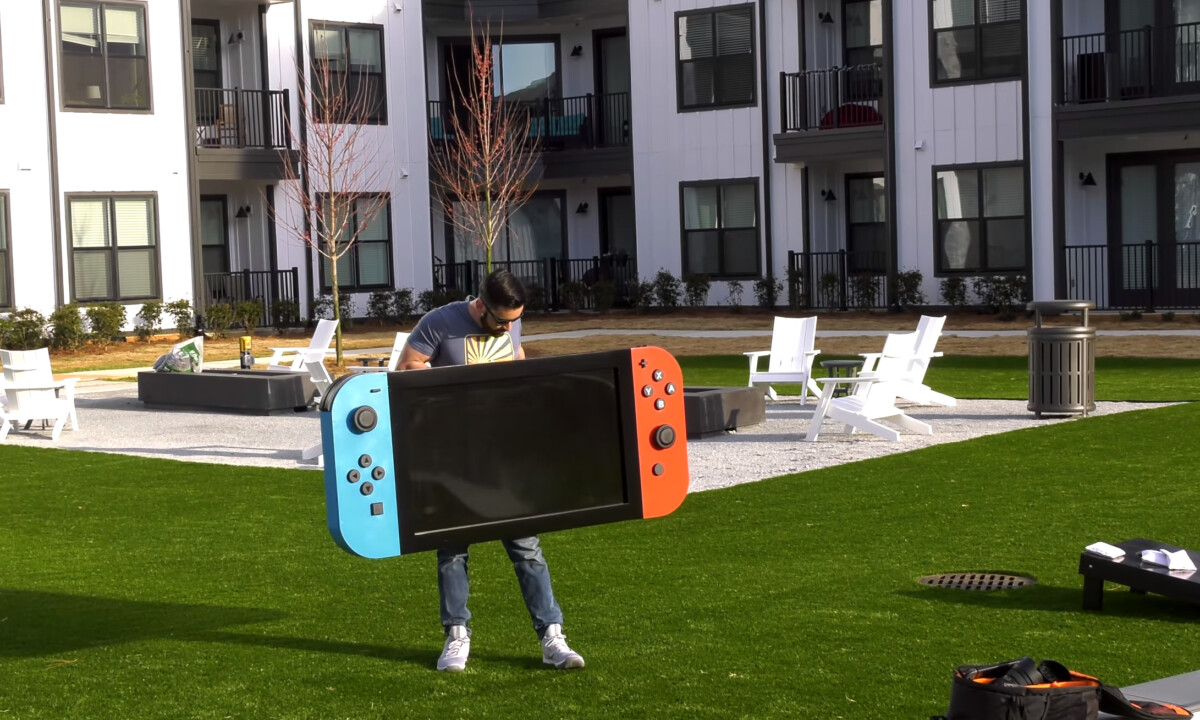 As we can see in the video, he used wood for the outer shell and plastic to print the 3D buttons and some mechanisms. He mounted a huge LED screen connected with an HDMI cable. The result ? A huge, functional console weighing almost 30 kilos and measuring 178 × 76 centimeters.

Xbox Series X, PlayStation 5, Nintendo Switch, Nvidia Shield … discover our selection of the best consoles in 2020, according to your needs.
Read more