Twitter has finally decided not to wait for the handover with Joe Biden to ban Donald Trump’s account following the recent attack on Capitol Hill. 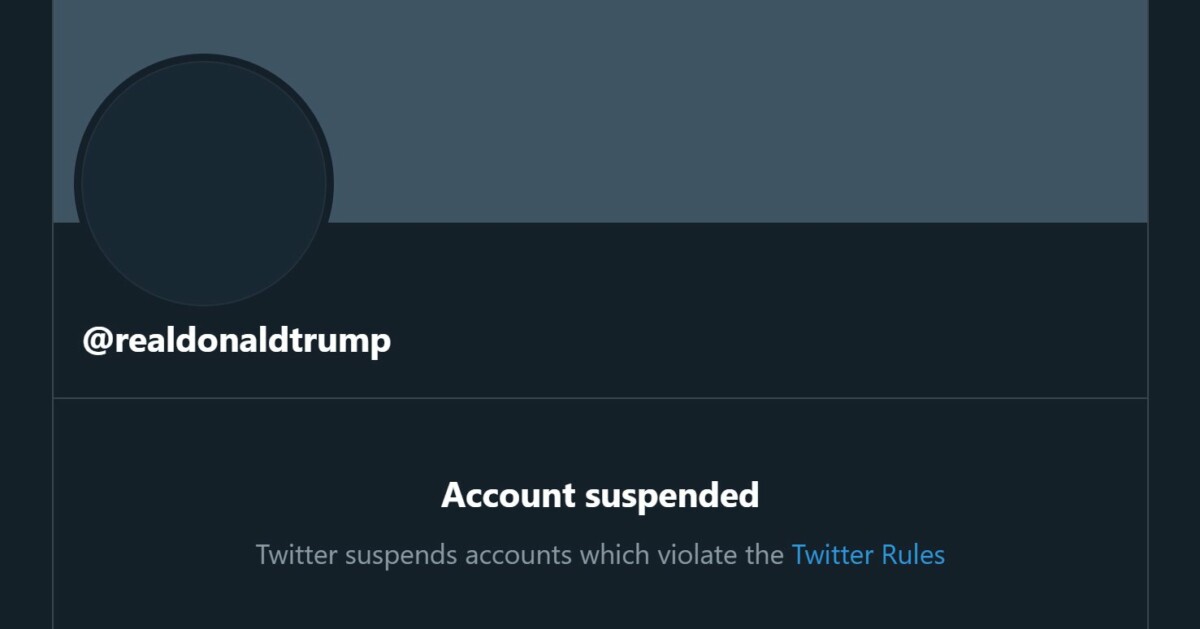 The attack on the Capitol by supporters of Donald Trump has shocked the world. This had prompted tech giants like Facebook, Twitter, YouTube and Twitch to react to sanction Donald Trump, still President of the United States in office. It must be said that the president on the one hand was able to incite this attack with his speech calling for a march on the capitol, but above all to use online platforms to send messages that can at best lead to confusion by calling for peace, all recalling ” that the election was stolen “And saying to the insurrectionists” we love you, you are very special ».

The tweets too many in an explosive context

To justify this decision, Twitter relies on the last two tweets from Donald Trump in which the president indicated on the one hand that his voters “would not be treated disrespectfully or unfairly”, before indicating that he would not participate in the inauguration of Joe Biden as the new President of the United States.

After close review of recent Tweets from the @realDonaldTrump account and the context around them we have permanently suspended the account due to the risk of further incitement of violence.https://t.co/CBpE1I6j8Y

For Twitter, these two messages can legitimately be interpreted by his supporters as new indications that Donald Trump does not recognize the election of Joe Biden, and more precisely his defeat today certified by the American Congress, in this same election. The platform says it has detected that many accounts have started to interpret Donald Trump’s tweets as incitement to violence. The platform goes so far as to indicate a possible new attack on the Capitol discussed by some members on or outside of Twitter.

Remember that Twitter has implemented measures gradually in recent months to try to avoid the spread of false information or conspiracy theories, in particular by the president himself. Although it is Donald Trump’s privileged platform, it is not the only one to have reacted in the last hours. Facebook, Instagram, Snapchat and even Shopify have also closed, locked or suspended Donald Trump’s account.

The definitive deletion of Donald Trump’s account has already triggered accusations of censorship against the social network. Let us recall first of all that censorship in the United States concerns above all the actions or not of the government to deprive a citizen or a group of a public speech. Here, Twitter is a private company that has the legal freedom to accept or not the comments posted on its platform. Donald Trump being the President of the United States, we can also argue that he can easily speak officially if he wishes, especially on television. Freedom of speech also has its limits, even in the United States, when it comes to incitement to violence or insurgency. In other words, even with freedom of expression, Twitter has no obligation to accept anything and everything on its platform.

In addition, remember that Donald Trump could already have been banned several times from Twitter for repeatedly violating the platform’s moderation rules. The President of the United States has enjoyed special protection for 4 years, fully assumed by Twitter. The platform believed that as a democratically elected president, his word should be freely shared. This status was to officially disappear from January 20 when the new president was inaugurated. The certification of the election results and the attack on the Capitol will ultimately precipitate this procedure.