During a 100% virtual keynote called “Renault Talk”, the French brand discussed its future projects in terms of electric and hybrid cars, while unveiling the first images of the interior of its trendy Mégane. 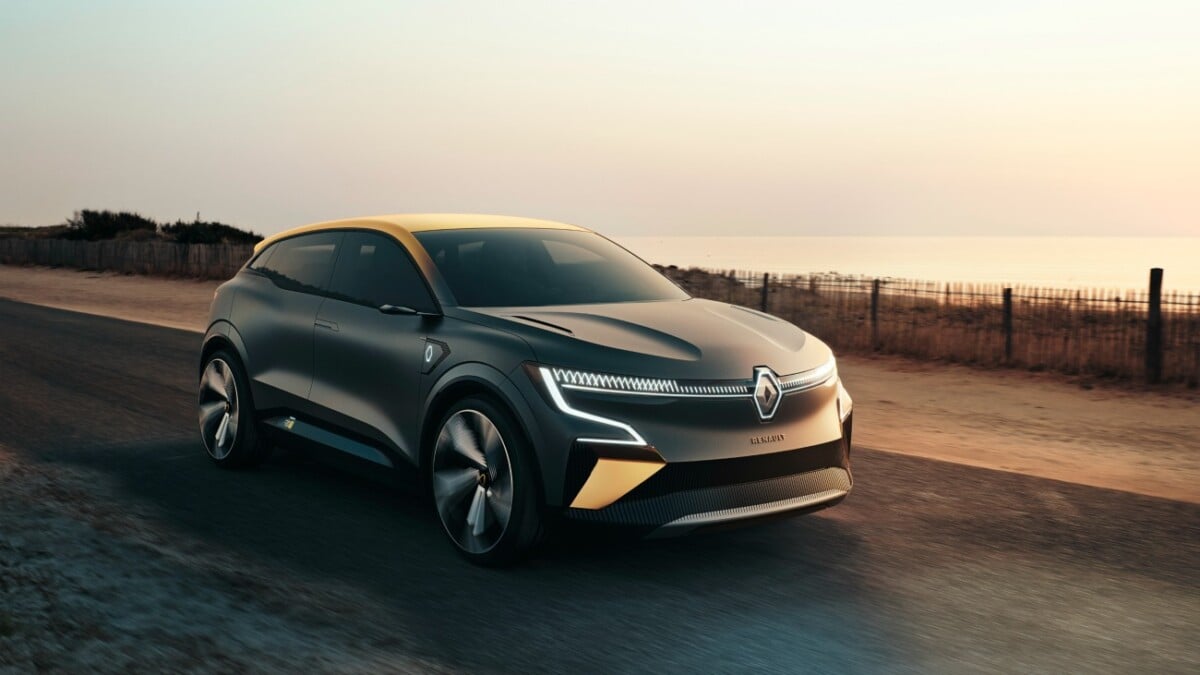 Presented as show car in October 2020, the Mégane eVision will inaugurate the brand new CMF-EV platform of the Renault-Nissan-Mitsubishi Alliance. This electric crossover-style compact car has both modern and sporty aesthetic lines, according to the first photos published by the manufacturer.

The vehicle revealed six months ago corresponds in any case to 95% of the final design, assured Renault at the time, which was however careful not to show us the interior of its trendy automobile. This lack is now starting to be filled through a few images published as part of the “Renault Talk” virtual keynote.

A clear and intuitive multimedia system

The photos show its two screens, one as digital instrumentation for the driver, the other acting as an infotainment system. As already announced, the Mégane eVision will be based on a brand new multimedia system called My Link, but above all equipped with the services of Google Automotive.

At first glance, the system appears intuitive and well thought out, with five main icons leading to a geolocation service, music, calls, your profile and the vehicle. The second image allows us to state that the adjustment of the heating and air conditioning will also go through the central screen, which overlooks a series of physical buttons.

It also seems that these physical buttons are the only ones in the cabin: Renault has indeed opted for a clean style without frills, with many reminders of the color yellow, especially at the level of the stitching. For its part, the center console seems to accommodate wireless charging for phones and plenty of storage space.

Less than 500 km of autonomy

So much for the interior and the dashboard of the vehicle. As for the characteristics, the French firm had communicated several technical information, such as the 160 kW (217 hp) engine combined with 300 Nm of torque. Its 60 kWh battery should give it a range of 450 km WLTP, although several battery versions should be on the menu.

The Renault Mégane eVision will be the subject of a final presentation in the fall of 2021, for marketing in early 2022. The group takes the opportunity to recall that in 2030, nine out of ten cars sold by the brand will be electrified. By “electrified”, the manufacturer means 100% electric but also plug-in hybrid.

Having arrived at the head of the Renault group in July 2020, Luca de Meo has his own vision of the electrification strategy that the company must pursue. As such, the Alpine brand should launch …
Read more