As MC Solaar said: “times are changing”. This is all the more true in tech where the faults of the past can become advantages to be highlighted on product sheets. Dive into a colorful universe where the standards have all been returned for our greatest pleasure. 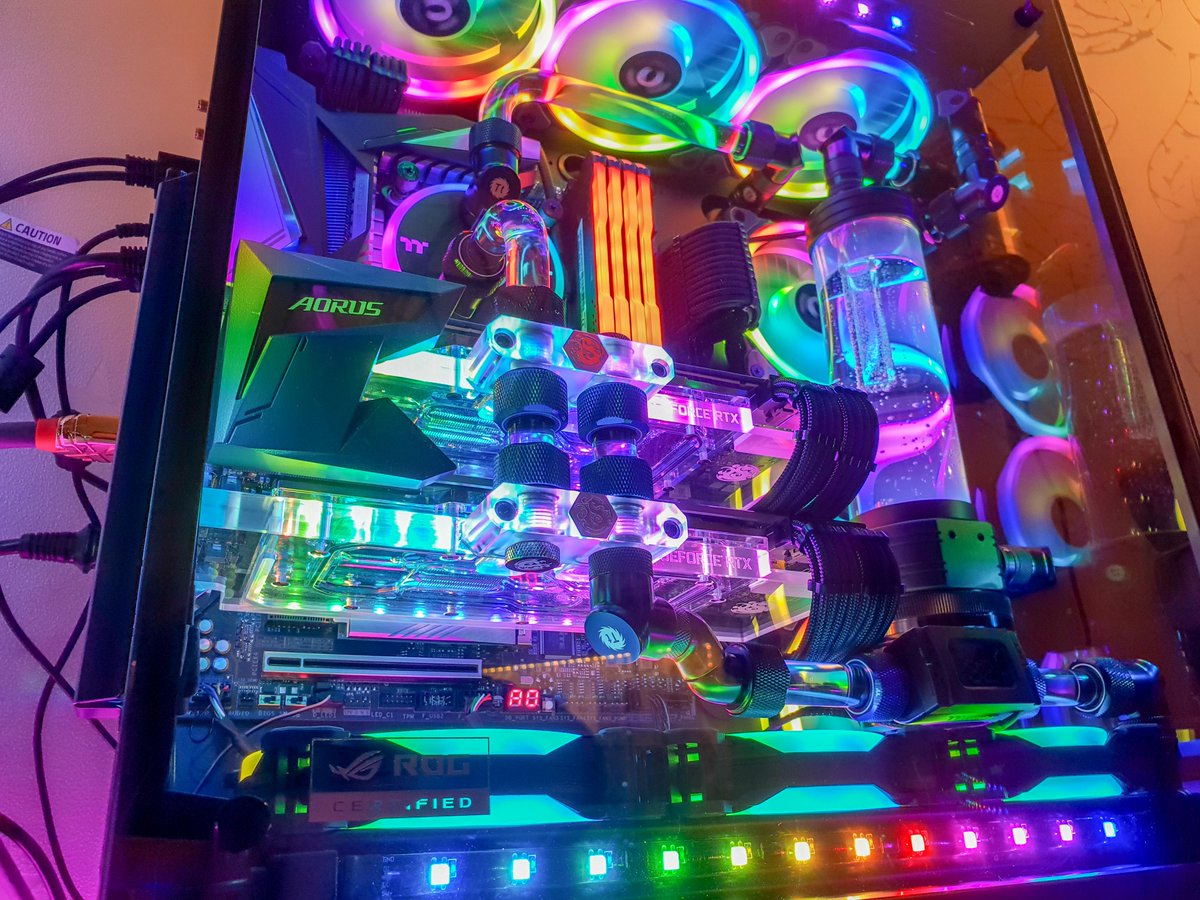 A great man once said that any sufficiently advanced technology was akin to magic. This implied that as and as Humanity was going to advance, technology would gradually fade behind uses to become almost natural. The promise was beautiful.

And while consumer products are advancing towards ever more simplicity, as file sharing via our smartphones is no longer bothered with acronyms and complicated protocols, as connected objects study our habits and integrate seamlessly. in our day-to-day lives and that it is possible to pair Bluetooth devices by gently tapping them or bringing them close to the other device, there is one area that has been working for 20 years to ensure that the technology continues to advance. see and overwhelms the user with his presence. Contrary to the sanitized imaging of consumer electronics, this field favors dark atmospheres, variegated colors, aggressive names and sharp angles. This domain is gaming equipment.

MY NAME IS MY NAME

To enter the world of hardware gaming, you need a name that is a minimum of aggressive. You have to impress, whether it’s the competition or the ” house»(Occasional players). Generalist brands cannot drop in and out 3 RGB Gaming keyboards between 2 ergonomic mice and a motherboard for SMEs. You have to forge an identity. So Acer becomes PREDATOR, Gigabyte turns into AORUS, Lenovo becomes LEGION. You need at least that to get the RAZER and other CORSAIRs, brands exclusively focused on gaming, on their own ground. 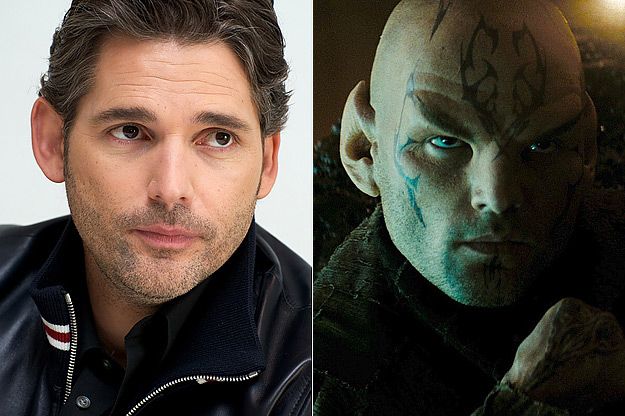 Once the identity is chosen, we must apply to methodically review the advances made in the field of office automation to keep only the most painful elements. Gaming is Vin Diesel in Fast & Furious frantically shaking the 4-speed gearbox of his Dodge Charger. At that precise moment, you can tell him about all the gearboxes with piloted clutch that equip modern supercars, he will not listen to you. Because for him, as for the gaming product managers, expertise and suffering are inextricably intertwined with LA PERFORMANCE.

THE MECHANICS OF THE HEART

Illustration: while the mechanical keyboards of the old AS / 400 terminals were dedicated to flea markets and garage sales in the second half of the 90s, the manufacturers of gaming peripherals decided, in the late 2000s, to consider the mechanical keyboard as the quintessential PC gaming artifact. Until then, office automation as gaming used membrane keyboards, but when it was necessary to really dissociate from traditional keyboards other than by small LCD screens, macro keys and additional USB ports, the switch change was seen like the Grail.

Legend has it that RAZER was the first to draw this type of product to the general public around 2010. What is certain is that 10 years later, our perception of the strengths and weaknesses of a keyboard has totally changed. Take what a test of the Logitech G15 keyboard released by Les Nums in 2008. In the weak points, the tester noted at the top of the list: 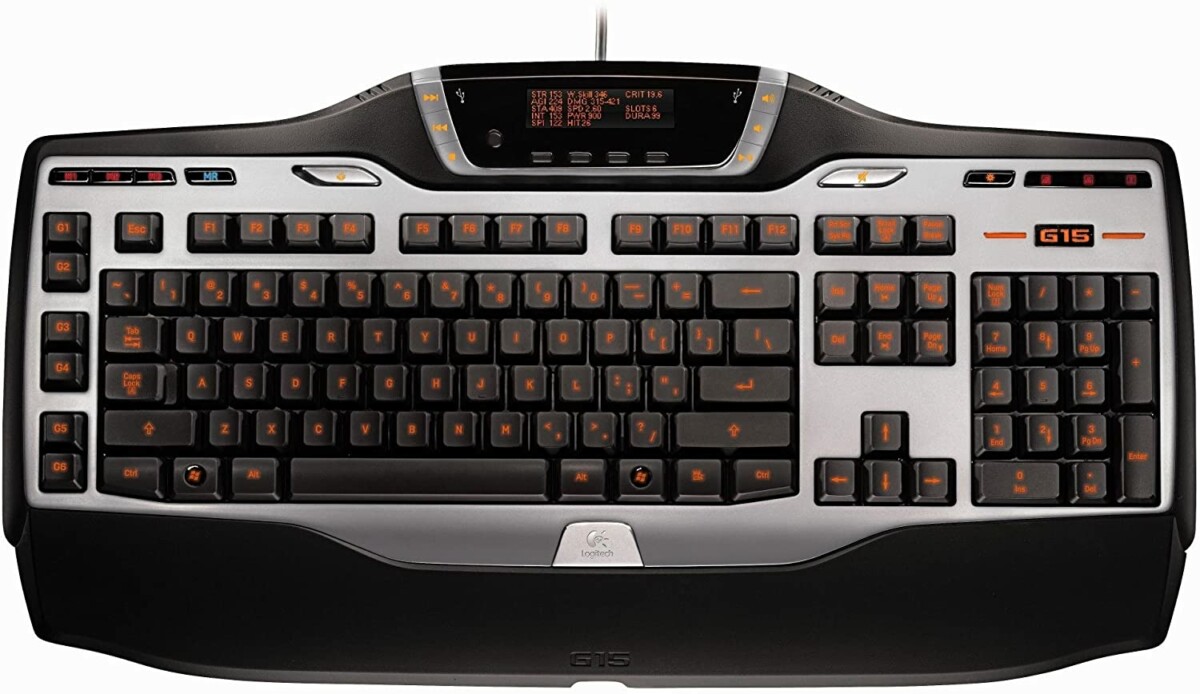 The Logitech G15, a gaming keyboard … but membrane

We can bet that 10 years later, a mechanical keyboard equipped with the quietest switches is still much noisier than the G15. But this time, * relative * silence will end up in the positive points column.

Another element has become a hallmark of any self-respecting gaming device: the RGB backlighting. Being able to see the keys of your keyboard when you are in the dark or in a poorly lit room is an undeniable gain in comfort. Just read this page ofAnandtech dedicated to the backlighting of Apple’s Powerbook G4 in January 2005 as a reminder that just 15 years ago, a backlit keyboard was a novelty. Here again, for the sake of differentiation, the gaming peripheral world could not use the same functionalities as machines which allow for cost accounting or to read cooking recipes. This time, it’s impossible to return to the world before, as with mechanical keyboards, by imposing no backlighting on the grounds that real gamers play in the dark. The functionality was far too convenient to be without.

So to stand out, the brands have introduced the selection of the backlight color. First one of 4 colors (red, green, blue or white). A blink of an eye later, we are in 2020, keyboards, mice, mouse pads, motherboards, coolers, water-coolers, RAM BARS are equipped with 16 million color RGB LED bars. Having a changing and shimmering light source in your peripheral vision is unpleasant, however, but like the noise of mechanical switches which are now popular, we have forced our brains to ignore it. 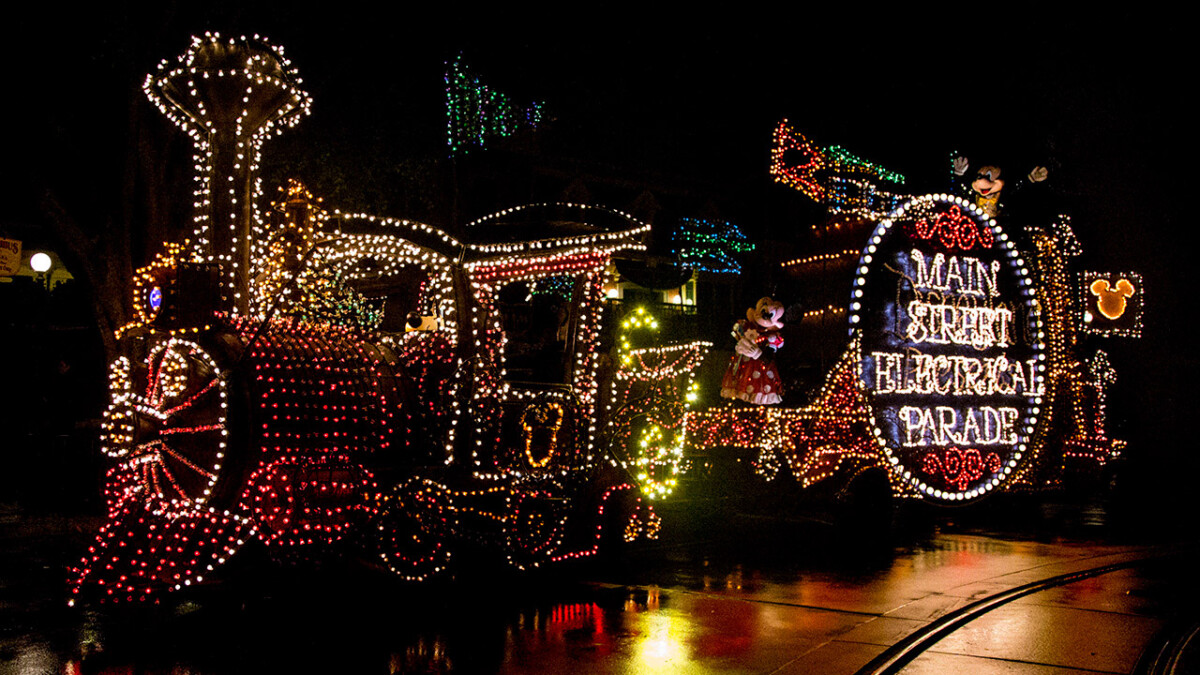 What I see when I turn on my PC

In a world where wireless now reigns supreme in our daily lives, the field of gaming peripherals remains mostly attached to the good old cable. Of course, it too has evolved from ordinary electric wire to armored, braided cable in Kevlar. It is also unthinkable today to imagine releasing a high-end gaming product without adding a braided cable. (in kevlar). There is surely a parallel universe where the ultimate refinement are thin or extra-flat fiber optic cables, much less conspicuous and easier to manage, but in our own dimension, the standard is 0.5 cable. cm braided diameter (in kevlar). It’s like that.

The brands explain that the use of wire aims to fight against latency, which is a laudable initiative, even if it should be remembered that in the vast majority of cases the latency in the controls, « l’input lag », remains imperceptible to the user. Remember, moreover, that for game consoles, wireless pads have been the standard since 2005. Gaming brands now all offer Bluetooth gaming keyboards, but still in a version of their wired range. The wire therefore still has a bright future ahead of it and while waiting for something better, we have “Cable Management” to have fun. 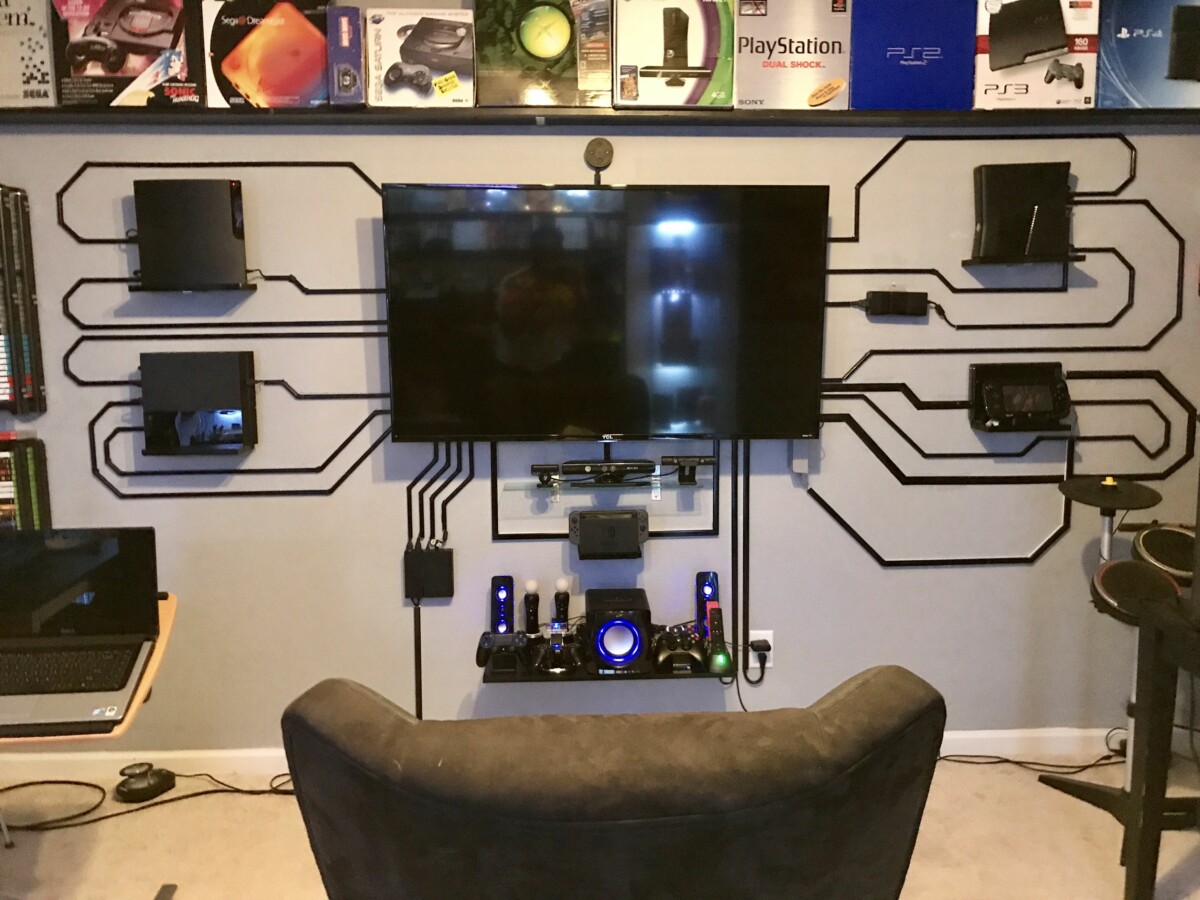 An art in its own right

It is impossible to end this dive into the wonderful world of gaming equipment without stopping on The object which alone announces the color and allows to give the famous gaming touch to any workspace until then sadly banal. This is obviously the gaming chair! In a world where thousands of types of chairs come together, gaming authorities once decided that THE ideal size for a gaming chair would be the bucket seat. And just like the mechanical keyboard, the tub has become a must in a relatively short period of time (5 years). 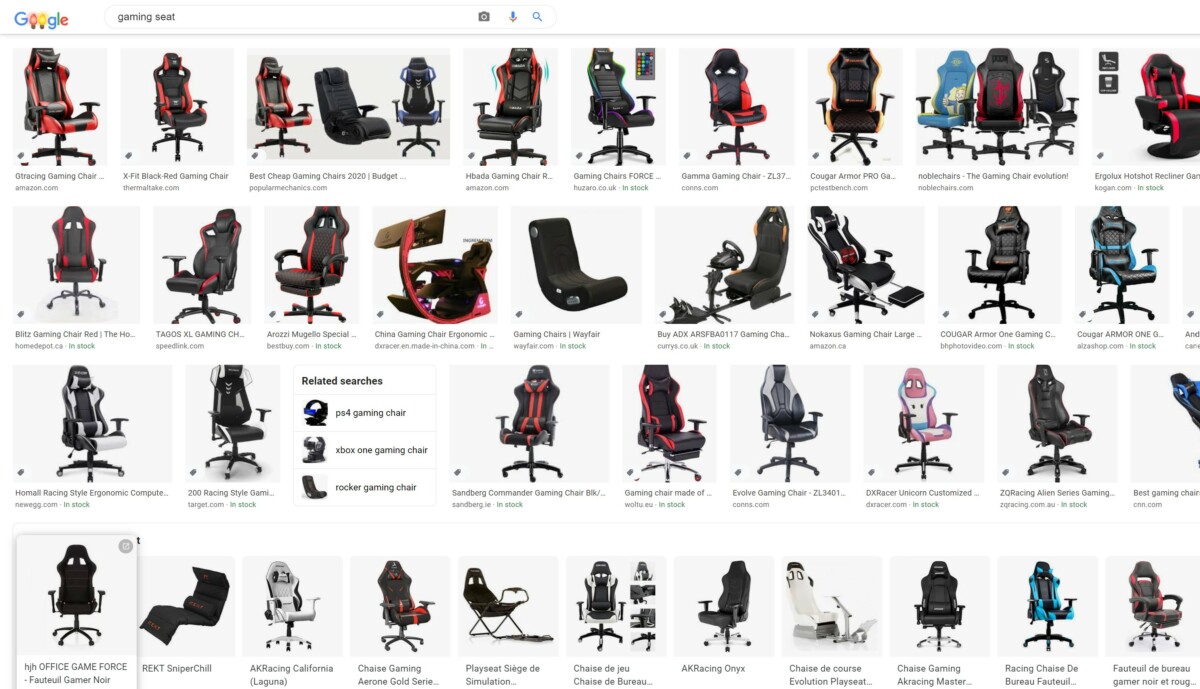 A Google search for “gaming seats” announces the color

Gaming has often borrowed its visual codes from the automotive world, whether in terms of logos that totally mimic the codes of certain Italian manufacturers, e-sport teams that present themselves as motorsport teams or materials such as carbon which is found integrated into the most efficient configurations. It was therefore logical that an element as central as the armchair came from this universe. The gaming bucket is purely ornamental, the need for lateral support in the cornering being close to nothing when you are sitting in front of your desk, but like the other elements that we have reviewed, it fully participates in this current gaming aesthetic.

Many brands have come together to sell bucket seats, often manufactured by a single supplier, perfectly respecting the elementary rule of the OEM which is at the heart of computer hardware. More seriously, the choice of the tub as a sign of recognition is mainly due to its total absence in offices elsewhere. No risk of confusion possible. Where the keyboard, mouse or gaming monitors must be observed closely to see what sets them apart, the bucket seat is instantly identifiable as a gaming object. It is precisely this desire to stand out at all costs that means that this type of chair still has a bright future ahead of it, even if this year we saw an initiative by Logitech in collaboration with Herman Miller to shake up the market a bit. lines. 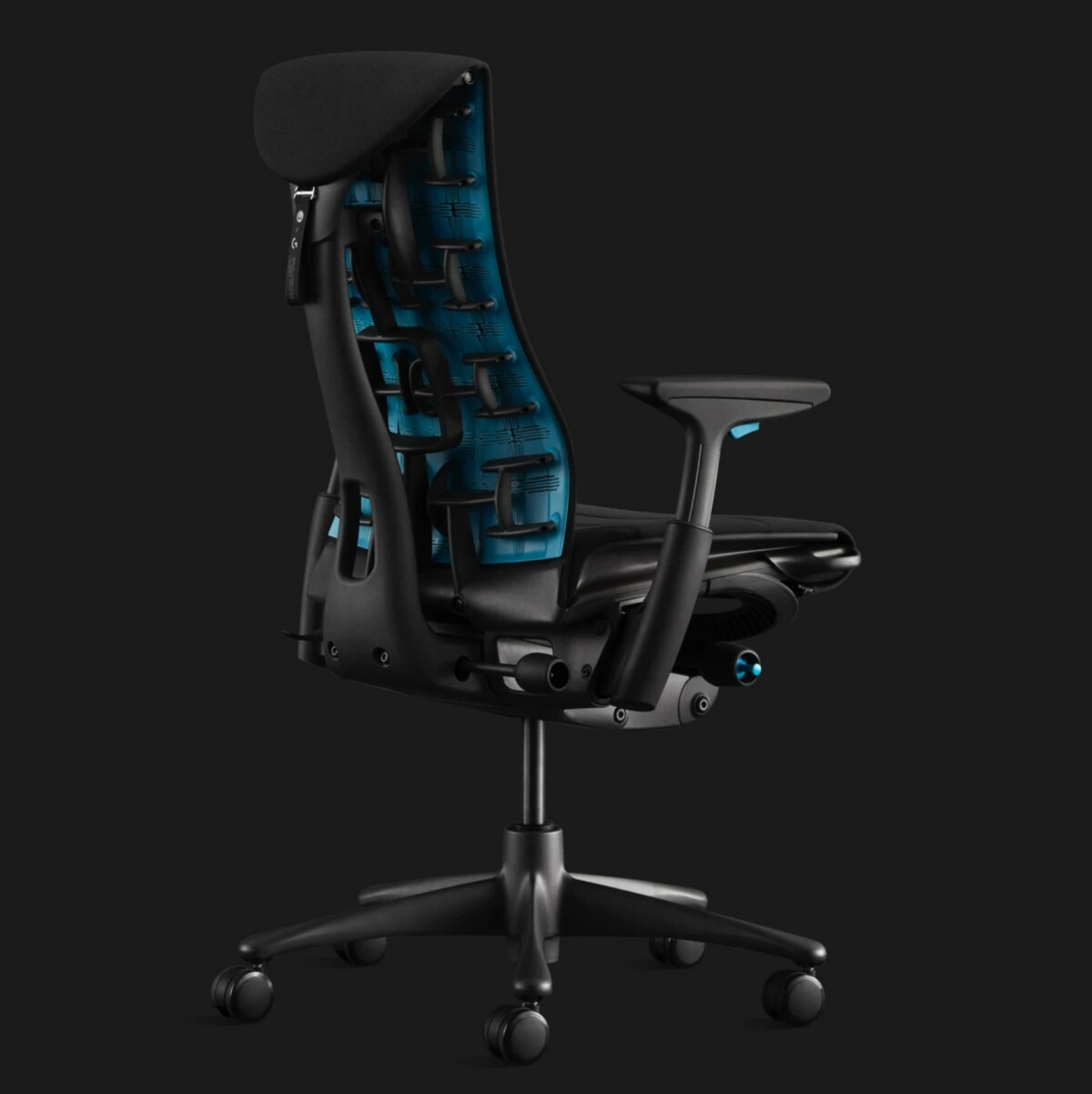 Not sure that replacing the racing seat with an armchair that is widely found in business will succeed in convincing customers wishing to distinguish themselves from the codes of ordinary office automation. Gamers reaching saturation with mechanical switches, RGB LEDs, braided cables(in kevlar), the Alcantara seats with red stitching and more generally the aesthetic codes of gaming will therefore have to take their troubles patiently.

As you can see, before comfort, everyday practicality or discretion, gaming equipment seeks above all to distinguish itself and at all costs to forge a very distinct identity from the monotonous office automation that haunts France’s open spaces. and Navarre. For 20 years, this has been going against the grain, but it is not impossible that this new decade will allow the launch of gaming products more compatible with our Scandinavian interiors.

To keep the analogy in the automotive world, it’s been 20 years that we have consumed Lamborghini, would it be possible to spend one day on the side of Aston Martin?