With the approach of its marketing, the Galaxy A72 of Samsung sees its characteristics and its price revealed by a leak. 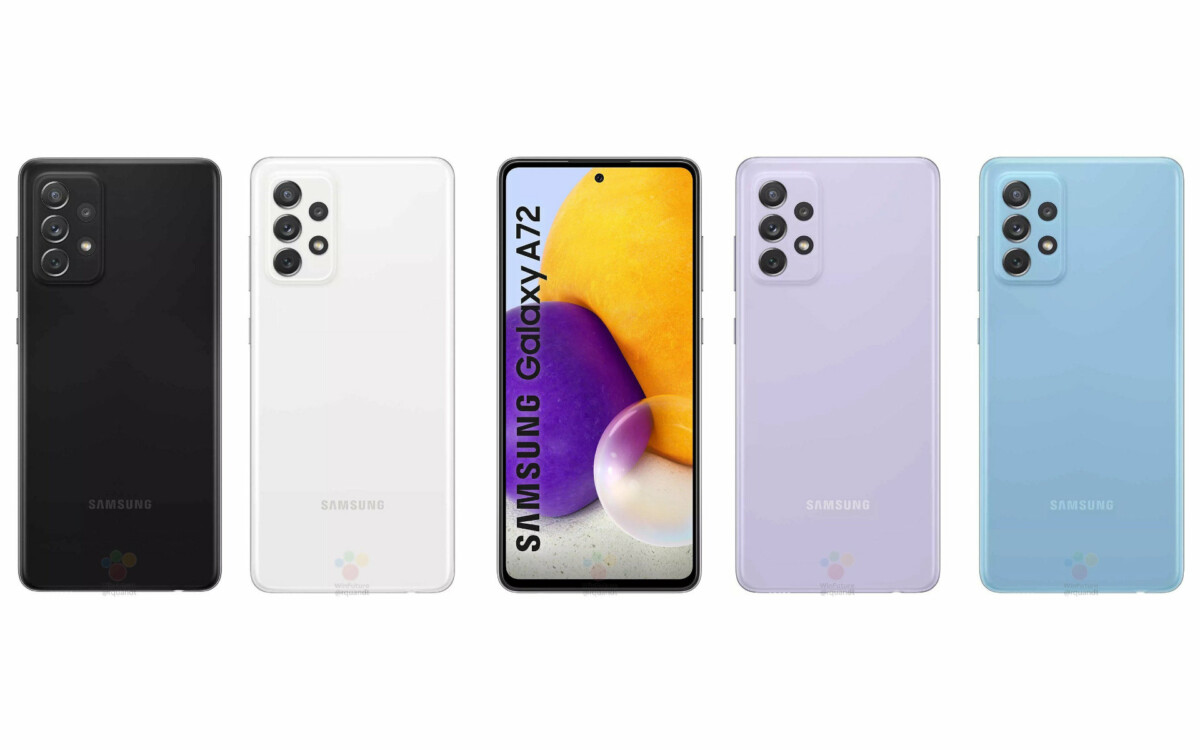 You are now familiar with the cycle of leaks and rumors concerning a smartphone. After the publication of the first 3D renderings revealing the general design, then marketing visuals confirming this design, here came the great leak of Roland Quandt for the WinFuture site concerning the Samsung Galaxy A72. This leak happens, as often, at the end of the cycle, shortly before the officialization of the smartphone, and reveals its characteristics sheet as well as its price in Europe.

Let’s put aside this new confirmation of the design, which simply reminds us that the Galaxy A72 will use an edge to edge screen with a punch in the center, and a flat back with a photo module at the top left. Let’s focus on the features of the phone. According to WinFuture, the phone would offer a 6.7-inch SuperAMOLED screen with a definition of 2400 x 1080 pixels for a refresh rate of 90 Hz. The phone’s fingerprint reader would hide under the screen. Still at the front, the camera would house a 32-megapixel sensor. 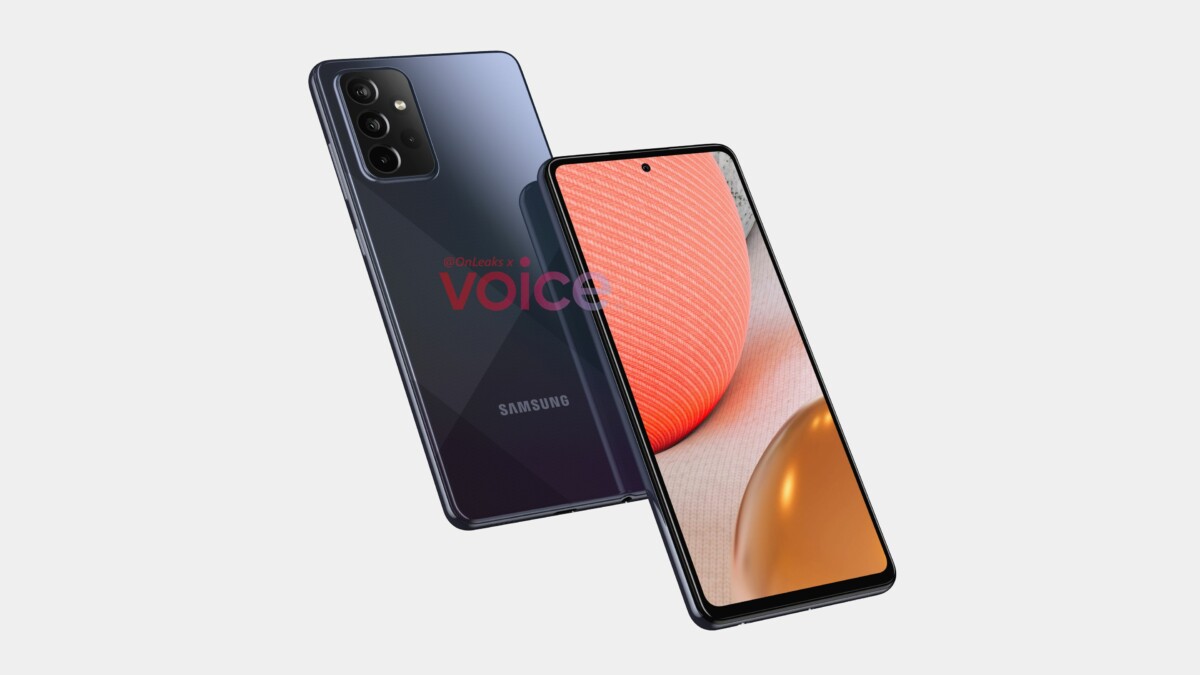 At the rear, the photo module would rely on a 64-megapixel main sensor with wide-angle lens, a 2x optical zoom telephoto lens with 8-megapixel sensor, a 12-megapixel ultra-wide angle and a fourth sensor dedicated to macro. The latter will probably prove unnecessary during tests, as is often the case with depth or “macro” sensors. Warning, WinFuture indicates that it is not completely sure of the characteristics of the photo module due to information contradicting another of their sources.

The Samsung Galaxy A72 would also integrate a Qualcomm Snapdragon 720G chip with 6 or 8 GB of RAM and 128 or 256 GB of storage. A microSD reader would be present to extend this storage. We would also have the right to a 5000 mAh battery and fast charging by USB-C. WinFuture ends its overview by indicating an IP67 certification and the use of Android 11 natively on this product.

The site also reveals the price that should be charged in Europe: 449 euros as recommended price for the Galaxy A72. This price could be higher in France due to certain taxes such as private copying. This is a very competitive price for Samsung since we are still talking about the top of the basket of its mid-range. If Chinese brands typically offer more raw power at this rate, Samsung could come away with a better overall user experience.

It remains to be seen when Samsung will lift the veil on this new product.

Although the prices of premium smartphones rise over the years, it is still quite possible to find excellent smartphones for less than 500 euros in 2021. Here are our…
Read more