To celebrate its 10th anniversary, Google announces a series of new features for Chrome OS. Chromebook users will find life a little easier. 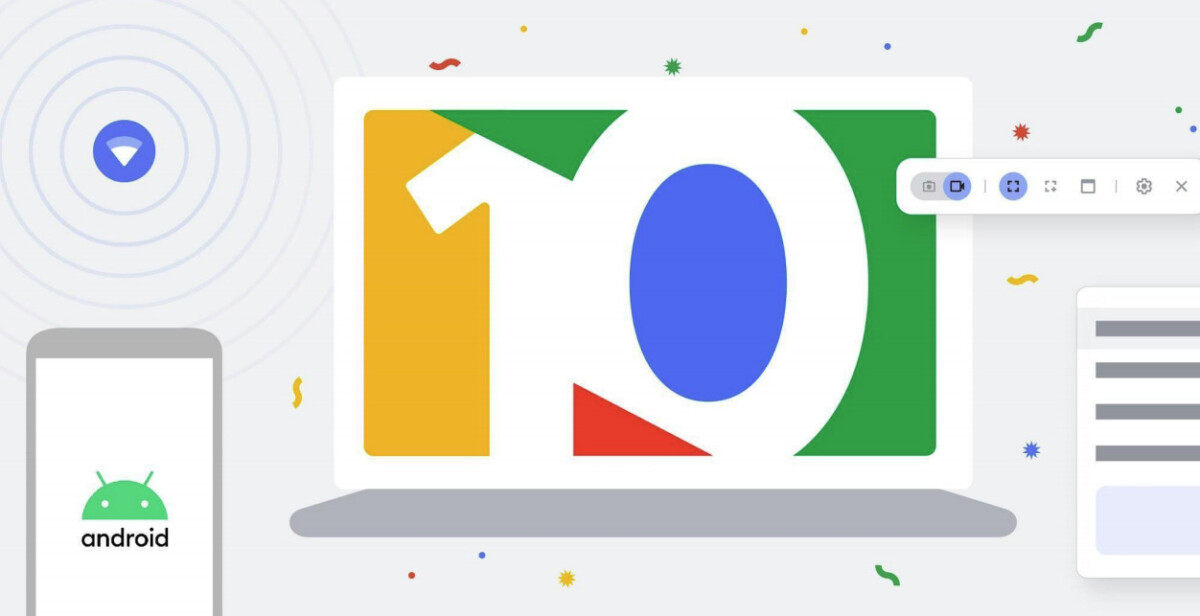 In 2020, Chromebooks sold better than Macs. The pandemic has galvanized the PC market and Google seems to have managed to do well with 14.4% market share in the last quarter of 2020 (source : IDC). This increased public interest in ChromeOS and Chromebooks in 2020 is, however, only the continuation of a pre-pandemic trend that the health crisis has reinforced. In any case, this is a great performance for an OS which is celebrating its 10th anniversary.

For the occasion, Google announces several new features for its OS. Chrome OS is now the second PC OS in the world and above all, Google specifies that it is the only one that has been designed as a modern OS for the Web. In 10 years, the interface does not seem to have evolved much, it is still as sober and efficient, nevertheless the screens have become tactile, USB-C has become a standard (2015), Android applications have arrived with Play Store (2016), there is now a security chip on all Chromebooks marketed (Titan C since 2017).

On-the-go: easy to use on the go

To begin with, Google announces three big novelties to simplify the use.

The first is called Phone Hub. This function is available at the bottom right of the Chrome OS interface, it displays information on the autonomy of your smartphone, the quality of the cellular connection, a few quick settings actions (Hotspot, silent mode, location mode) but also the last Chrome tabs opened on the phone. If you have misplaced your phone, you can easily locate it by clicking on the icon. Same thing for your notifications, like signal or WhatsApp, you will have access to the quick response options. This is only the beginning, because Google wants to improve the connection between Android smartphones and Chromebooks. 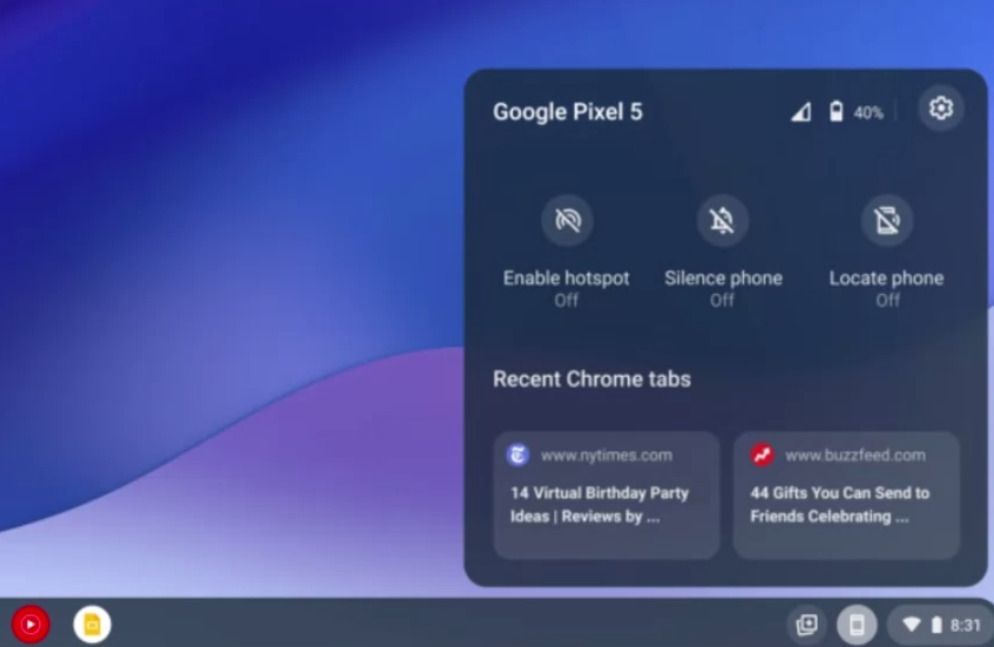 Note all the same that Samsung goes further. If you have a Samsung smartphone and a Windows 10 PC, you can even view Android apps on your PC.

The second functionality is called: Nearby Share. It is the equivalent of AirDrop in the Apple universe. Now you can easily share a file between an Android smartphone and a Chromebook. The transfer is fast and is done directly between the two machines, no need to go through the cloud. 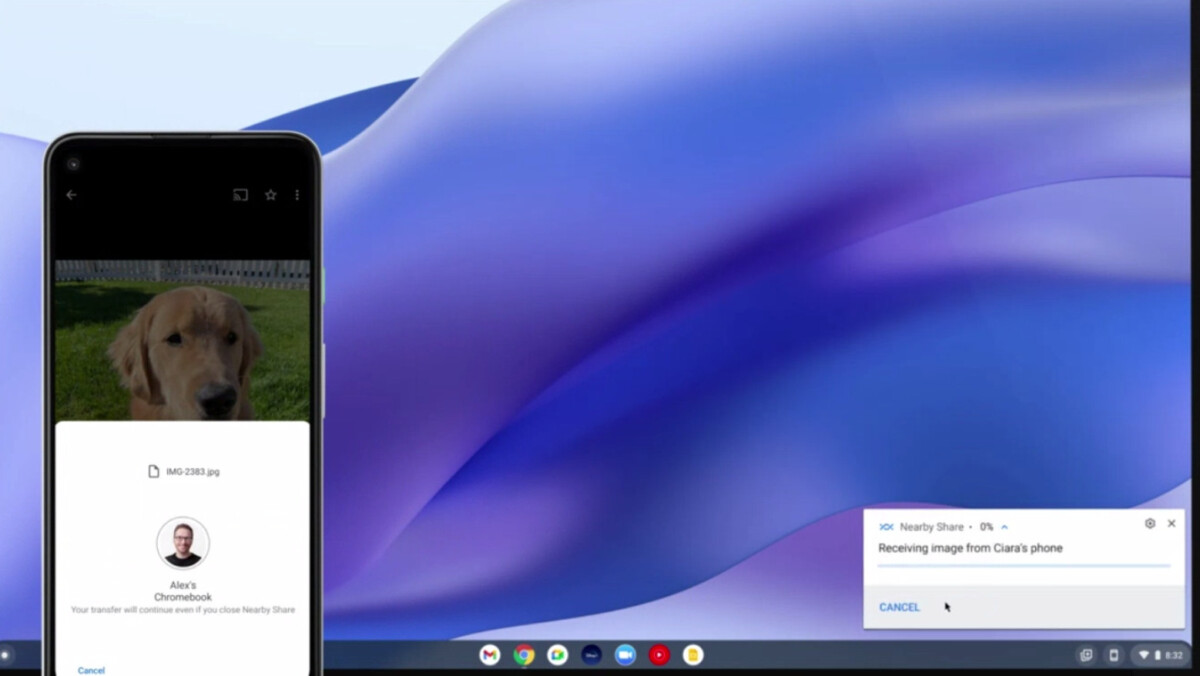 Same thing for sharing Wi-Fi, with the new function Wi-Fi Sync access to Wi-Fi networks is shared between all devices, no need to enter them on your Chromebook if you are already connected to it with your smartphone. 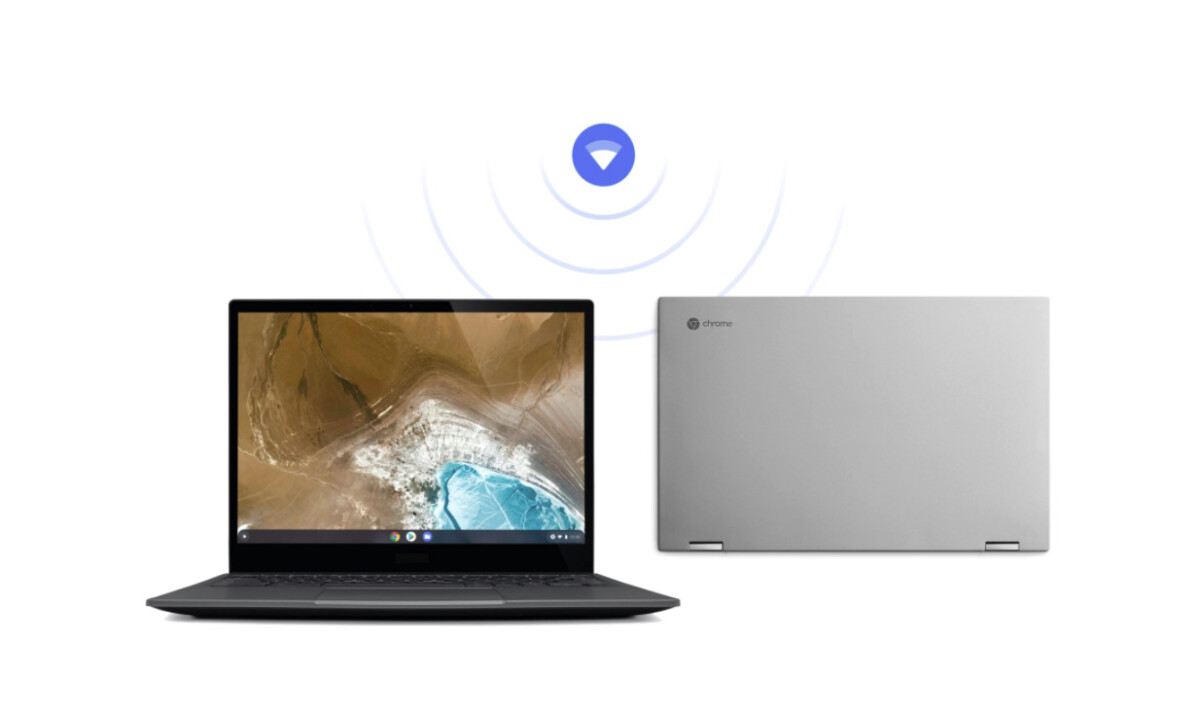 The rest of the new features are functions to make Chrome OS easier to use on a daily basis. They will certainly make sense for you because they are already found on macOS, Windows 10 or some GNU / Linux distributions. This is the case of Screen Capture which allows you to quickly take video captures of the interface and share them, access is done from the quick settings on the right side.

Tote is a space where you can access files quickly, files are pinned as well as pinned and easy to access. Clipboard resumes the history of copied elements. Your Chromebook saves the last five copied items so you can easily copy / paste any or all of them onto a new page without having to switch between windows.

Quick responses (Quick Answers) automatically provide you with useful information such as a definition or translation, or perform a unit conversion for you when you right-click on a word.

Virtual offices, already present since the year, have been reviewed. All the windows previously opened on your desktops are automatically restored in order to interrupt you as little as possible in your work. In addition, you just need to right click at the top of a window to send it directly to one of your desktops or to all of them, and slide four fingers on your touchpad to switch from one office to another. 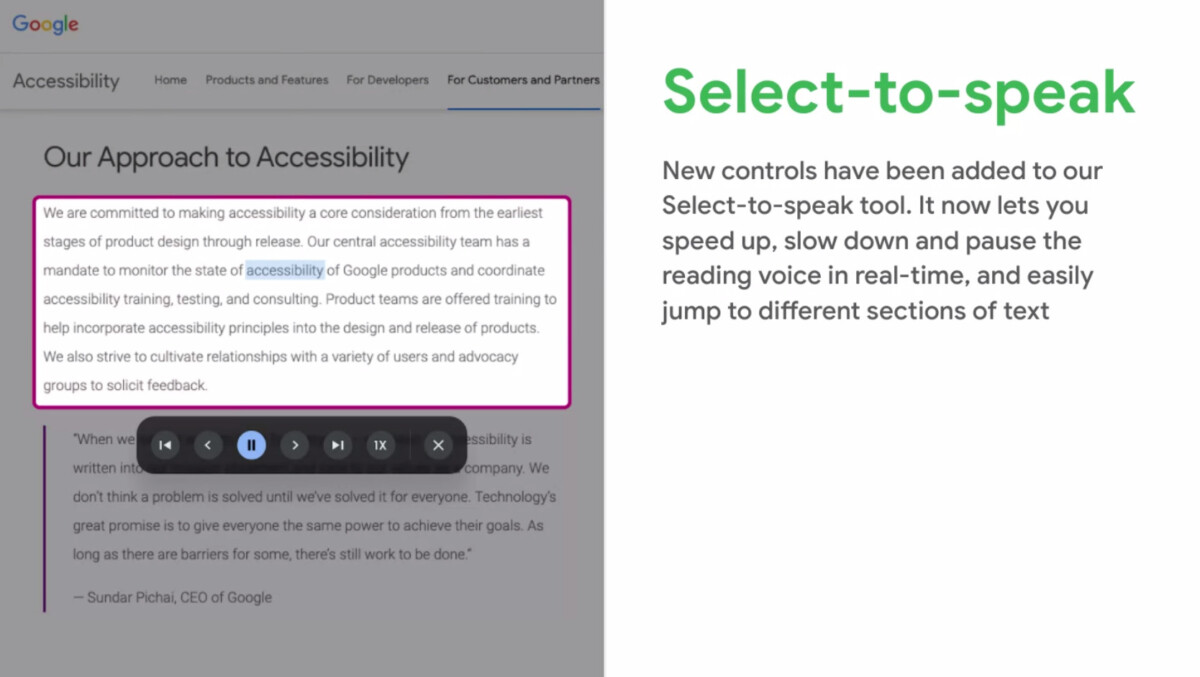 There’s also a new screen reader for text-to-speech that offers new controls to speed up, slow down and pause reading aloud in real time, and easily jump between sections of text. to another. These commands will be particularly useful for people with visual impairments or learning disabilities. You just need to select a text to launch it.

You will also notice: the icons of the apps built into the Chromebook have been given a makeover. Google also announces a simplified configuration for schools and parents: you can easily create accounts for children with supervision tools. You’ll need to set up a new Chromebook using a child’s Google Account (managed with Family Link).

Most of these new features will be rolled out in the coming days, Google did not specify the exact date. There may also be a few new things coming later in the year. 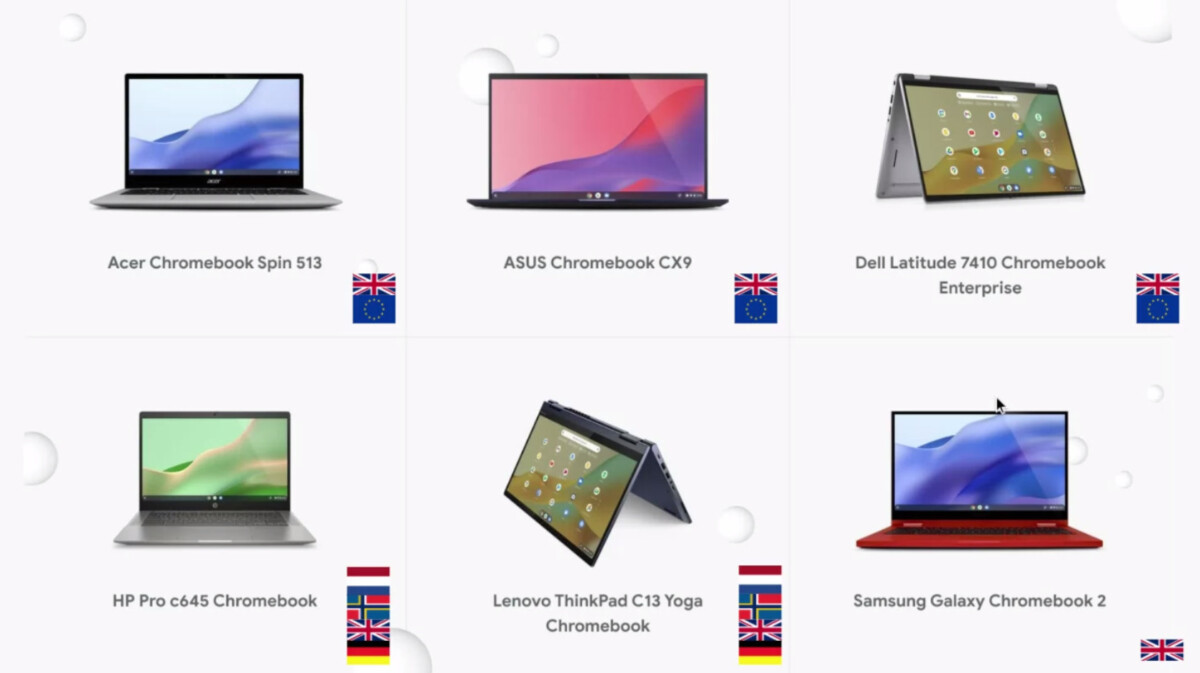 Among the most popular Chromebooks, we find the Acer Chromebook Spin 513 (the Spin 514 has been announced) in Europe, the Asus Chromebook CX9 as well as the Dell Latitude 7410. More locally, the HP Pro c645 or the Lenovo ThinkPad C13 Yoga. In the UK, the Samsung Galaxy Chromebook 2 performs very well.

Chromebooks have become great alternatives to Windows laptops, but also to MacBooks. What are the best Chromebooks right now? Find our complete selection.
Read more