Even when you have a budget of less than 200 euros, you can find good smartphones. The proof in this selection.

The best smartphones under 200 euros

A few years ago, smartphones less than 200 euros were hardly recommended. This is no longer the case today. The arrival of Chinese brands in general, and Xiaomi in particular, in Western markets has pushed down the price of phones and the features up and there is no even no longer needs to go through the import box.

Even if at such low prices compromises are obviously inevitable, all the devices chosen here remain balanced and able to satisfy the majority of the users. If you want to get a second opinion, go to the selection of the best smartphones under 200 euros from Numerama.

Launched in spring 2020, the Redmi Note 9 succeeds the Redmi Note 8 (T) and once again succeeds in establishing itself as the best smartphone in its price bracket. If it is perhaps a little less flamboyant than its predecessor due to a few flaws, it is still hard to beat thanks to very satisfactory overall performance. 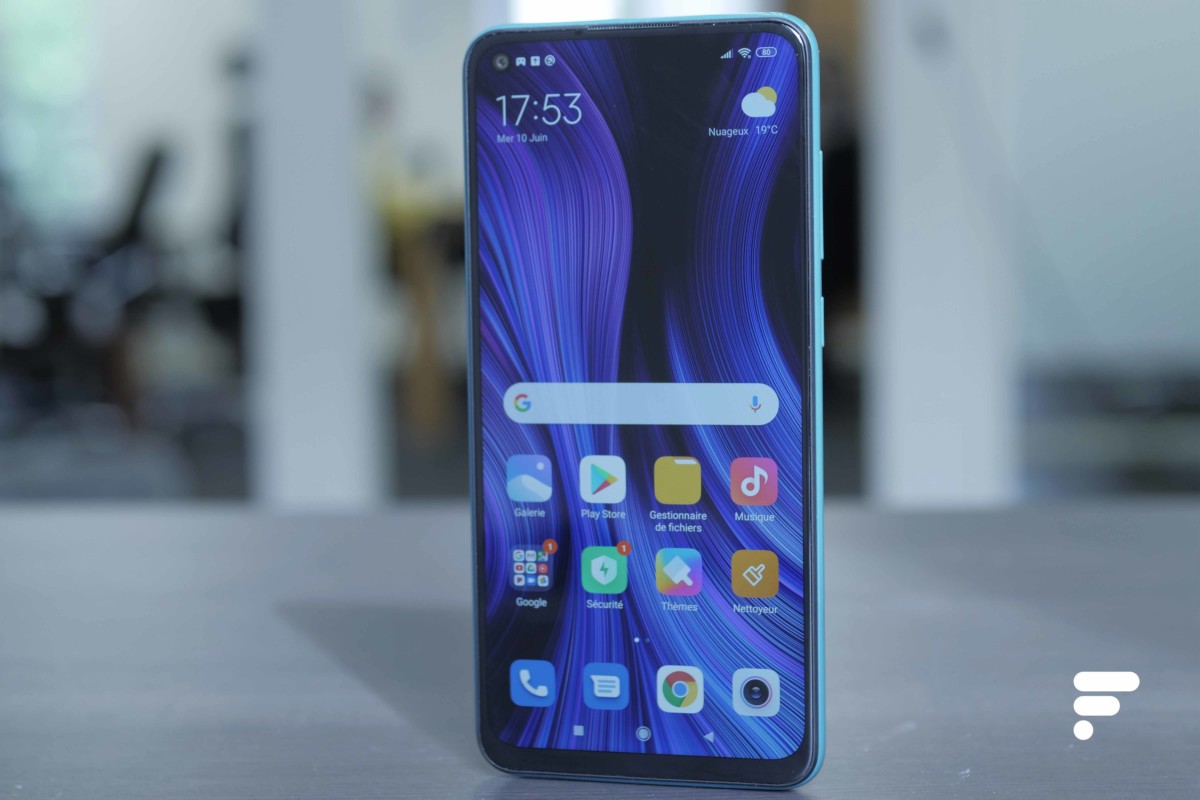 The front of the Xiaomi Redmi Note 9 // Gamesdone: Frandroid

To begin with, we appreciate the 6.53-inch screen displaying Full HD + (2340 x 1080) definition, which gives a resolution of just under 400 pixels per inch. Unlike its main competitor, the Realme 6, its refresh rate is limited to 60 Hz. This was undoubtedly necessary to keep the price down. The quadruple sensor offers good versatility and gives satisfactory results, but does not come as a surprise.

The real flaw of this Redmi Note relates to its processors with a MediaTek Helio G85 whose performance is just average and does not allow Fortnite to be launched for example, or only authorize Call Of Duty Mobile in “low”. It is kind of a shame. These small performances, coupled with a nice 5020 mAh battery, on the other hand allow it to last two days of use in the context of everyday use. The supplied 18W charger is a bit slow, however, without really damaging it.

You can find all the details in our full review of the Xiaomi Redmi Note 9.

After a flamboyant Redmi Note 7, Xiaomi once again signs the best smartphone under 200 euros. The Redmi Note 8T is simply the reference in its price segment Note that it is also referenced under the name Redmi Note 8 (without the T), it is an identical version with two exceptions: the presence of a NFC chip and fast charger in the box. It usually sells for around $ 30 less, so it’s up to you to see if you need those two little extras. 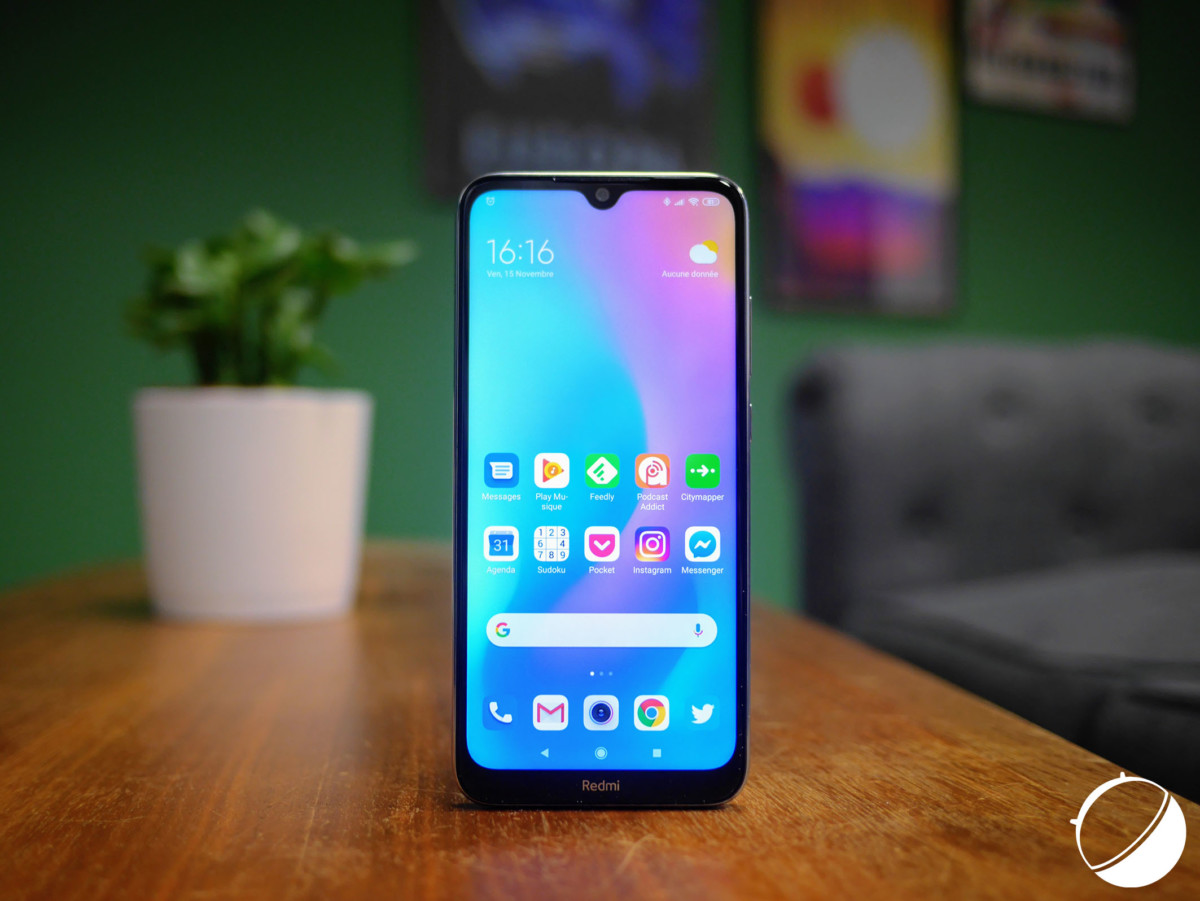 We first appreciate its 6.3-inch screen displaying a definition of 2340 x 1080 pixels. This gives resolution greater than 400 pixels per inch for accurate display. Like its big brother the Redmi Note 8 Pro, it does not use OLED technology, but IPS LCD. Contrast is inevitably lost, but the colors are faithful and the temperature just right, as long as we opt for the “standard” display mode in the menus.

In terms of performance, Xiaomi exchanges the Snapdragon 660 of the Redmi Note 7 for a more powerful Snapdragon 665 accompanied by 4 GB of RAM and 64 GB of storage for the basic version. There is also a model with 128 GB. The set behaves well on a daily basis, but barely a little in game. You will for example have to make graphics concessions on PUBG Mobile.

In the photo, Xiaomi plays a quartet led by a main 48 Mpx sensor, followed by an ultra wide angle, a macro and a last which is used for the “portrait” mode. Unsurprisingly, the result is not perfect, but it is generally doing well with regard to its price range. Its 4000 mAh battery finally allows it to spend almost two days away from a socket. In the middle high of the market. For all the details, you can consult our full review of the Xiaomi Redmi Note 8T.

Barely seven months after the release of a Realme 6 which had seduced us, the Chinese manufacturer arrives with a new version of its flagship smartphone. Aesthetically, nothing very original: with an all-plastic device pleasant in the hand despite its 9.4 mm thickness. 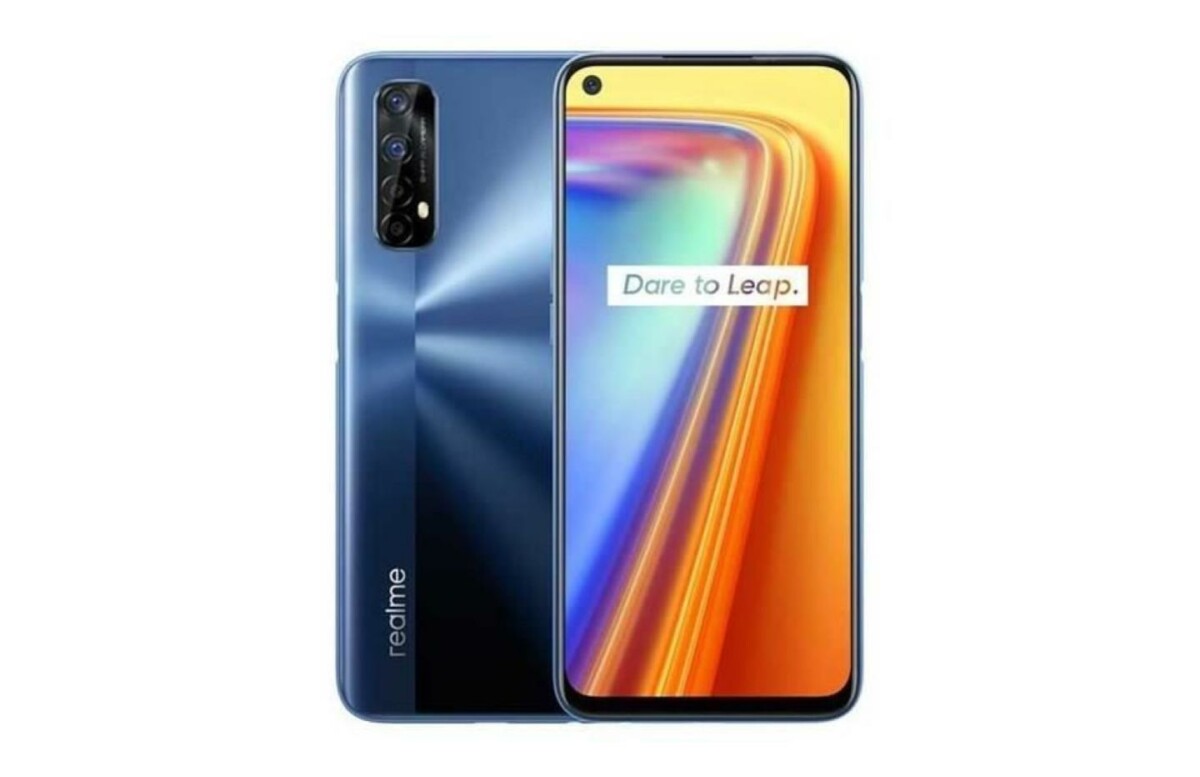 The 6.5-inch screen is identical to that of its predecessor, so we find a panel with excellent contrast and above all operating at 90 Hz. The similarities with its big brother do not stop there since we find once again a MediaTek Helio processor with frequencies revised slightly upwards. Couple that with a battery that goes from 4300 to 5000 mAh and you have a device that is enduring and surprisingly efficient.

As for the photo, the phone regresses slightly with the abandonment of the 64 Mpx sensor in favor of a 48 Mpx a little less well defined. The manufacturer therefore offers here a slightly improved version of Realme 6 sold as a bonus below the 200 euros mark. It might not be very original, but that doesn’t stop us from recommending this Realme 7 to you.

Realme 7 at the best price?

Things to know before you buy

💡 What can you do with a smartphone for less than 200 euros?

The performance of entry-level and mid-range processors has improved dramatically in recent years. The interface is now always fluid, web browsing and video playback work like charms just like social networks and simple games. However, we notice their limits when playing gourmet 3D games like PUBG mobile or Fortnite mobile.

🤔 What concessions should I make at this price?

In this price range, brands generally leave behind the photo part and the screen. For example, you will not find an OLED panel, and the definition of the screen rarely reaches Full HD. If we find nice design, the materials used are also less noble: a lot of plastic, sometimes a little aluminum, very rarely glass. We must also forget the little more appreciable such as waterproofing or wireless charging.

👍 What are the trusted brands?

The simple answer: as with the top of the range. The champions of the smartphone market under 200 euros often vary, so the best of yesterday will not necessarily be those of tomorrow. It is therefore important to refer to regularly updated buying guides, such as ours. That being said, Xiaomi, Honor and Samsung regularly feature in our picks.

Now that you have made savings on your smartphone, you can also save on your plan by switching to non-binding offers. Find the best prices of the moment thanks to our comparator of mobile plans.

It is undoubtedly between 200 and 300 euros that we find smartphones at the best value for money. Here are our recommendations.
Read more