Asus teams have developed a brand new product presented at CES 2021: the ROG Flow X13. Both ultraportable, but also tablet, it is powerful enough for video game uses, in particular with its external graphics card. 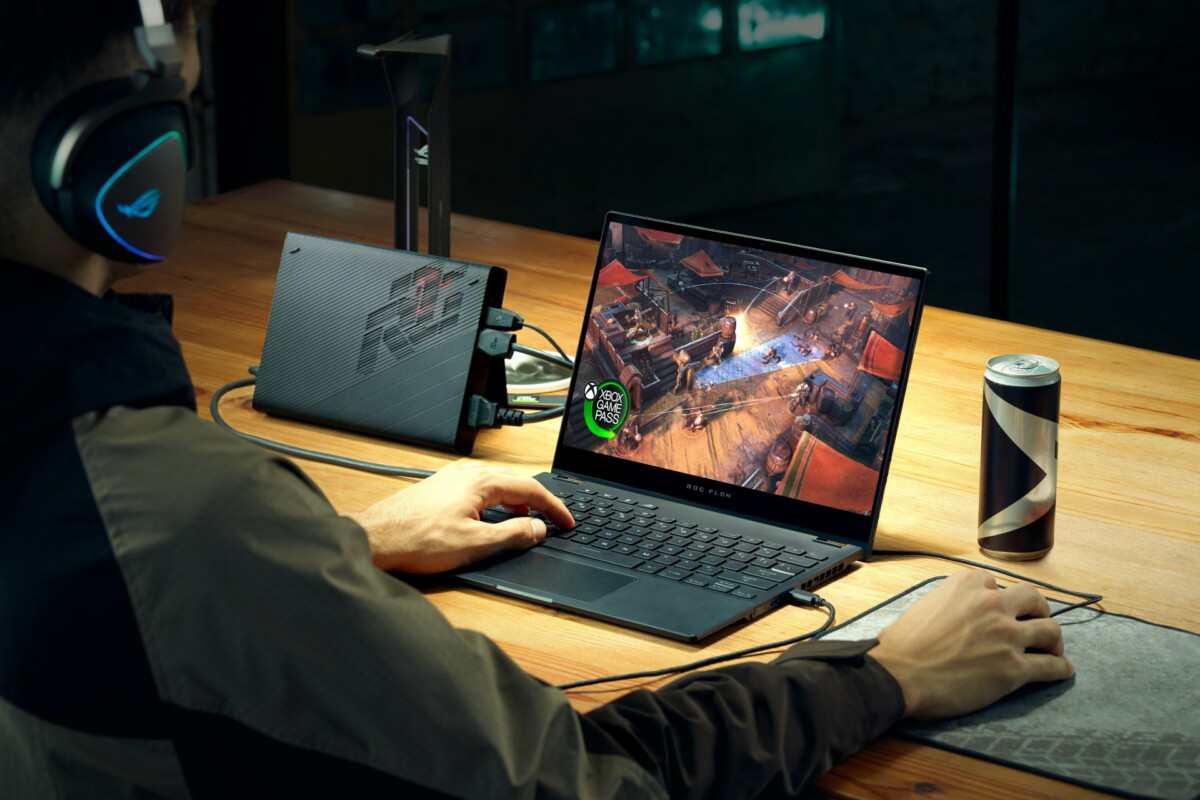 Asus is one of those brands that may not get enough recognition for the innovations it can bring to the market. The manufacturer is always keen to come up with new ideas, new designs and create new markets. We had already been seduced by the ROG Zephyrus G14, a thin and light ultraportable, but powerful enough for intensive work or video games.

In the direct line of the Zephyrus family, here is now the ROG Flow X13 presented at CES 2021. It is accompanied by an external XG Mobile graphics card to increase the computing power.

A powerful and lightweight ultraportable

But where Asus has been rather clever is that this graphics card is not the only argument of the ROG Flow X13. The team does not seem to have forgotten to develop above all an ultraportable which seems very promising. Heavy at just 1.3 kg and built around a 13.4-inch screen, the ROG Flow X13 takes up the same footprint as the best ultraportables on the market such as Dell’s XPS 13 or Apple’s MacBook Air. Two screen configurations are available:

The first configuration will rather be aimed at female and casual gamers who want to work with the PC and have a screen with good colorimetry and lots of image details, while the second configuration is more oriented towards video games thanks to its higher refresh rate.

Its exterior design is particularly sober, a little more than that of the Zephyrus G14, which makes it a go-anywhere PC, usable at work.

By rotating the screen under the keyboard, the device is able to transform into a tablet and can use Microsoft Pen Protocol 2.0 compatible styluses, which will unlock note taking, but also and above all artistic creation thanks to the on-board power. The PC is unlocked using a fingerprint reader located on the ignition button, itself positioned on the edge next to a USB-A port and a USB-C port. On the other side of the machine, there is an HDMI port and the proprietary port for connecting the XG Mobile.

Power, let’s talk about it! ROG Flow X13 incorporates the next generation of AMD Ryzen 5000 processors, coupled with an Nvidia GeForce GTX 1650 graphics chip, up to 32 GB of LPDDR4X RAM at 4266 MHz and up to 1 TB of SSD storage. With such a graphics chip, the PC should be able to run most games in Full HD by adjusting the graphics settings.

XG Mobile: the icing on the cake

The concept of an external graphics card is not new, and it is one of the interests in principle of Thunderbolt to allow this use. The idea is to occasionally connect a graphics card to increase the power of the machine for more sedentary use, especially for video games, without sacrificing its portability for other uses.

The ROG Flow X13 skips the Thunderbolt and standard technologies to rely on a proprietary connector based on 8-lane PCI Express. We obviously questioned the brand on choice, being quite resistant to proprietary solutions, but the brand has justified it technologically. Their solution indeed allows a higher bandwidth (8 Gb / s dedicated) between the external graphics card and the PC, ensuring that the performances will not be degraded because of the connector. 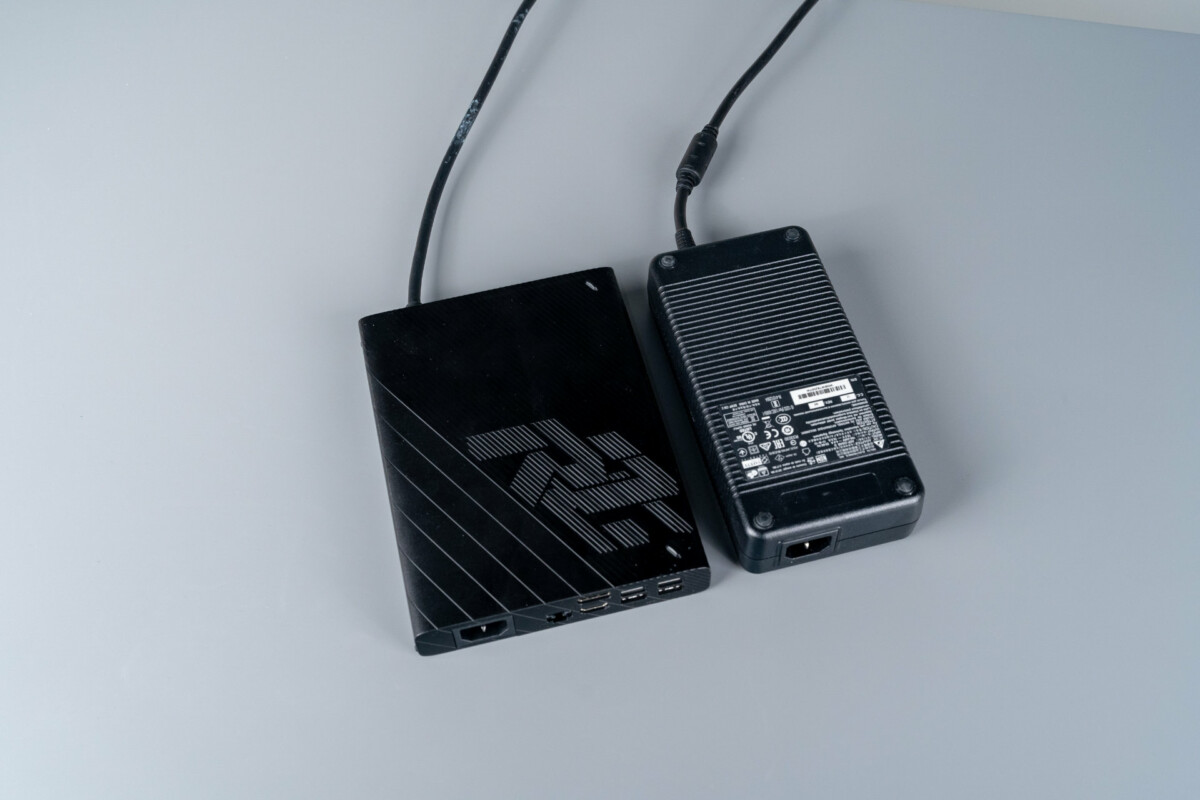 The XG Mobile compared to a simple power supply

The graphics card integrated by Asus in the XG Mobile is a laptop Nvidia GeForce RTX 3000. With this extra power, gamers will be able to enable a lot of extra detail in games, with most likely the ability to use DLSS and ray tracing. Like Microsoft’s Surface Book, professionals can use the graphics card to improve the performance of their tools: produce videos faster, or process more complex images.

The bill can be very steep

It will also be possible to purchase the two products as a bundle for a suggested price of 3999 euros. Since this price is higher than the sum of the two products, we imagine that it concerns a high-end version of the ROG Flow X13.