With its new Beosound Level loudspeaker, B&O has a simple goal: to allow “easy maintenance, service and repairs”. Still, this portable product, which rather goes against the current of the market and its drifts, is really not within the reach of all budgets. 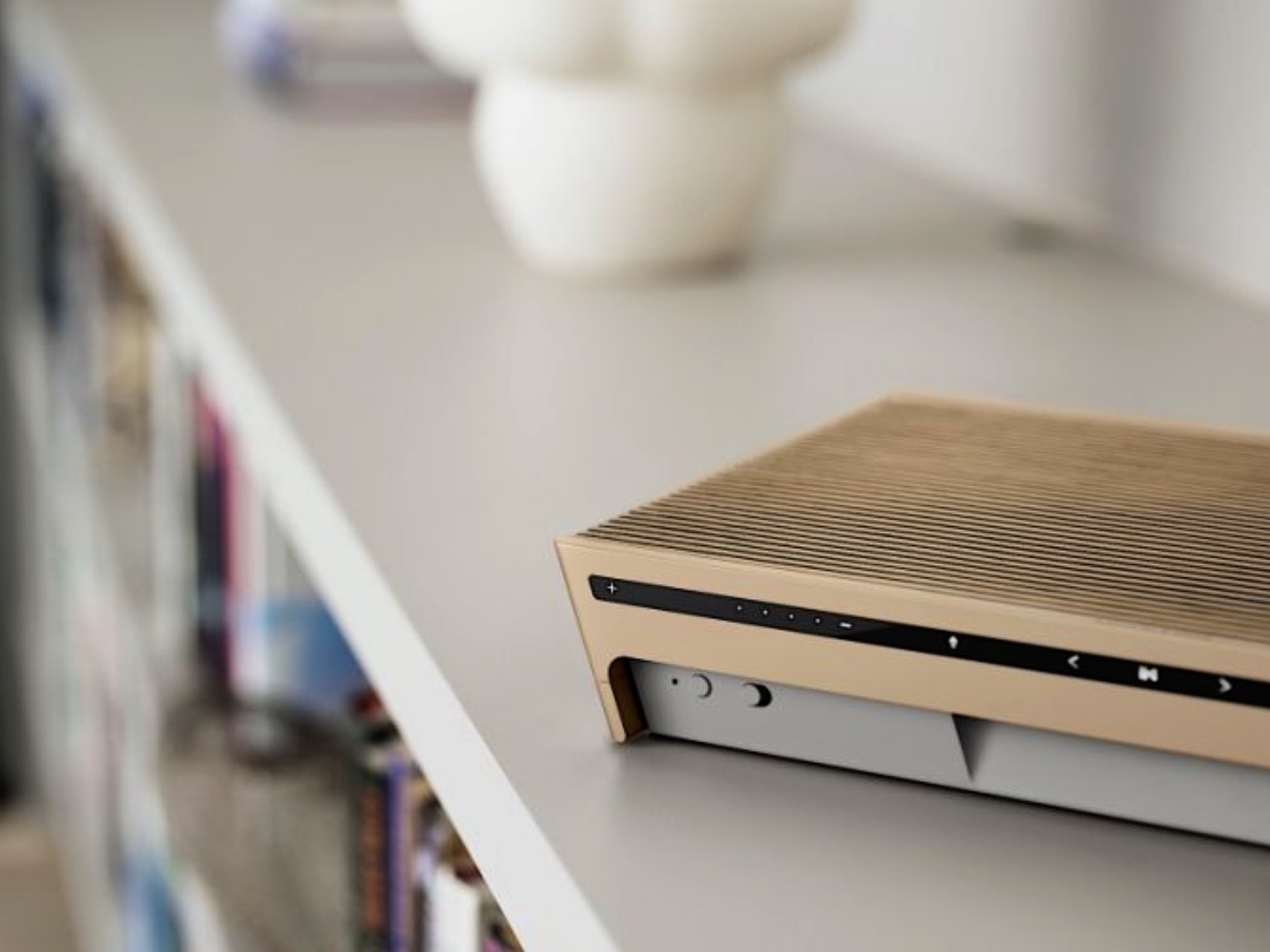 The Danish B&O launches its Beosound Level, a loudspeaker not quite like the others… // Gamesdone: B&O via Engadget

It’s stylish, easy to transport from room to room, and it’s easy to repair. With its Beosound Level, Bang & Olufsen presents a Bluetooth speaker designed to last thanks to a modular design allowing for simplified maintenance in the event of a breakdown. The concept of this new product is therefore to accompany you for several decades, but also to serve you in a maximum of everyday situations.

Accompanied by a wall bracket (sold separately), it can indeed be fixed to the wall, under a television for example, then be unhooked to migrate into the kitchen or into a bedroom … in short, wherever you want to take it. For more convenient use, B&O has also adapted the design of its speaker so that it can be used flat, placed vertically, or simply placed against a wall. The Beosound Level will also be able to automatically adapt the sound distribution (360 or 180 degrees) according to its position.

For its new speaker, B&O also relies on elegant materials, with an aluminum frame and a natural chain or mesh fabric covering. The touch controls are integrated on the top of the speaker and the latter is able to turn on itself when you are nearby.

The Beosound Level works on battery and will be able to last 16 hours of playback.at normal volumes“. An autonomy that B&O indicates to be able to obtain “by intelligently analyzing user behavior and continuously adjusting energy consumption and settings“. Recharging takes place by means of a magnetic cord which is housed at the rear of the speaker.

The Beosound Level otherwise combines Bluetooth, Wi-Fi, Airplay 2, Google Cast and Spotify Connect connectivity. It also has an optical input / output and an Ethernet port and has an IP54 certification allowing it to resist dust and splash. It can therefore be used occasionally outdoors. On the audio experience side, there is finally a set of five speakers (two 4-inch woofers, a 2-inch wideband speaker, and two 0.8-inch tweeters, as well as a low distortion amplifier) .

As mentioned above, the main particularity of the Beosound Level remains its “anti-obsolescence” approach. B&O explains in particular that it wants “fight against technology obsolescence, save resources and improve longevity“. To achieve this, the enclosure is manufactured using different replaceable modules. The Danish brand thus wishes to allow customers to carry out certain maintenance tasks themselves, such as replacing the battery.

This modular concept will finally make life easier for repairers in the event of more serious breakdowns. It remains to be seen how B&O will take charge of supporting this speaker in terms of software to enable it to offer its customers “decades of great sound experiences“. In the matter, Engadget specifies that it will benefit from a replaceable streaming module… which could answer this problem.

La Beosound Level est available now in France at a price of 1499 euros in the Gold Tone version (oak), and at 1249 euros in its Dark Gray version (fabric). Its wall mount is for its part announced at 99 euros, but its launch will take place later, on April 29.