The Motorola Moto G100 has been officially unveiled. The opportunity to discover a smartphone that wants to impose its ambitions on the high end without revealing its price in euros for the moment. 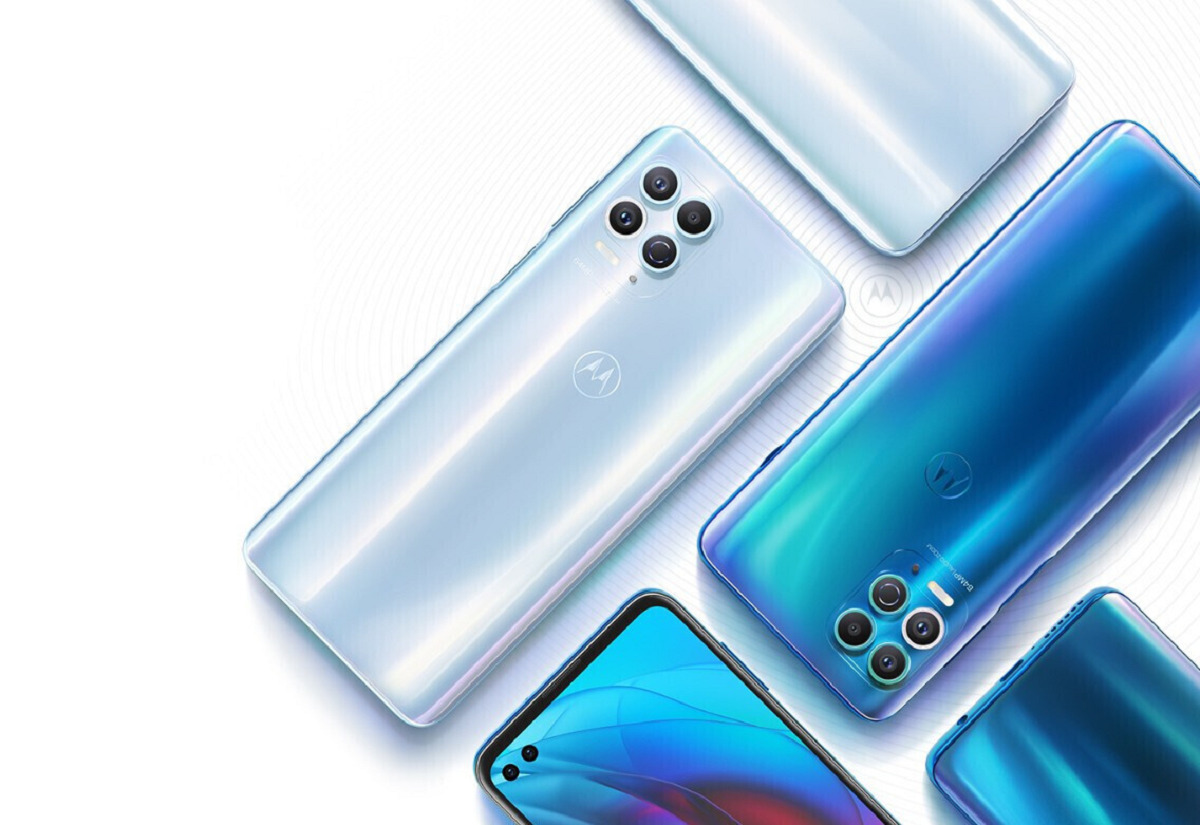 We were expecting it today, here it is unveiled. The Motorola Moto G100 has indeed been formalized. In France, the brand does not seem to communicate on it yet, but the Spanish branch has already published the characteristics of this ambitious smartphone on its site.

The Moto G100 thus offers a 6.7-inch IPS LCD screen with a 21: 9 ratio enjoying a refresh rate of 90 Hz and Full HD + definition. The panel, protected by Gorilla Glass 3, is also struck with two bubbles in the upper left corner to house the dual front camera. 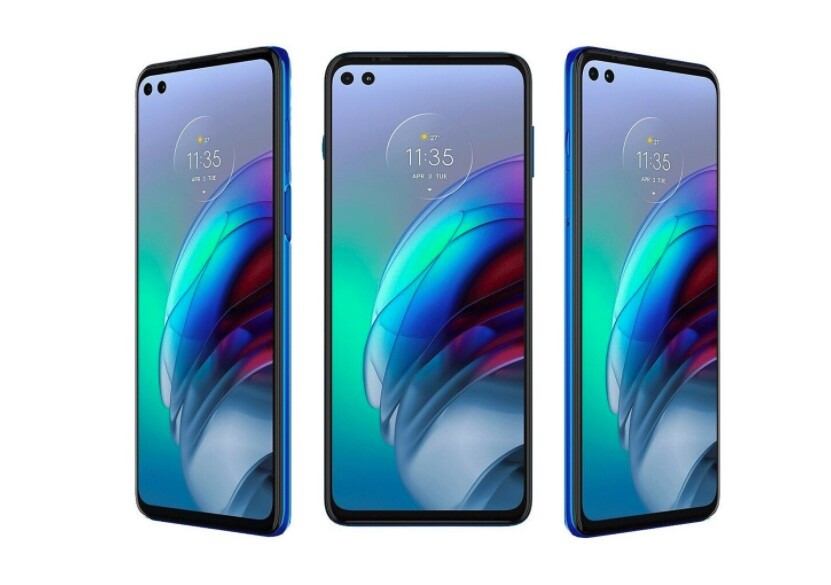 The design of the Motorola Moto G100 // Gamesdone: Motorola Spain

On the back, the quadruple photo module interferes under a layer of transparent glass in a square format that brings out the different lenses. The rest of the back is dressed in plastic to display a very homogeneous design where however the Motorola M logo stands out. To find the fingerprint reader, you have to look on the side edge.

A high-end SoC and a large battery

Inside, the Moto G100 embeds a Snapdragon 870 5G, a high-end chip recently presented by Qualcomm. Think of this SoC as an upgraded version of the S865. It is associated with 8 GB of LPDDR5 RAM and a storage space of 128 GB UFS 3.1 expandable via microSD up to 1 TB. 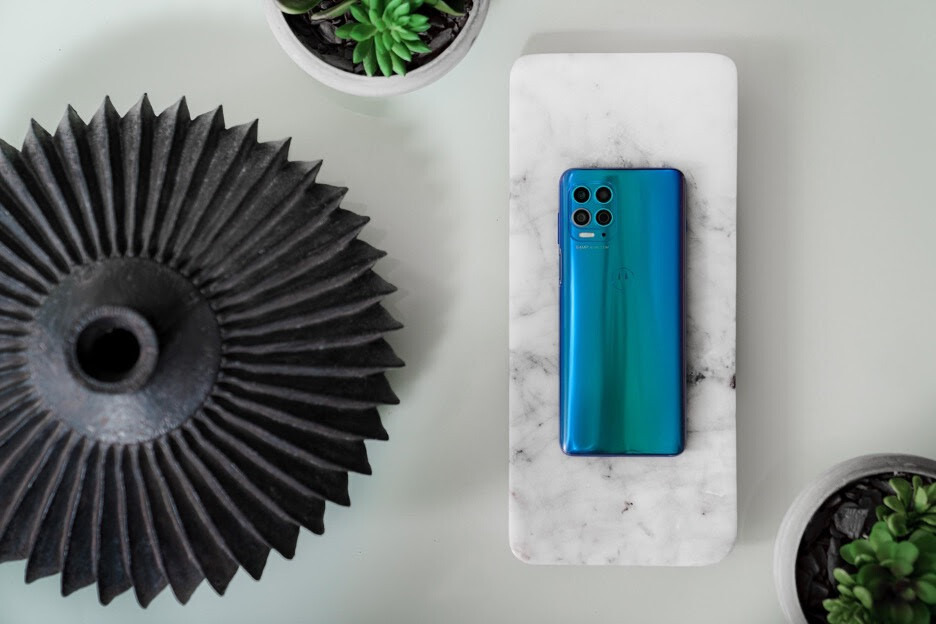 We said above that the Moto G100 was thick: this is largely because it has a substantial 5000 mAh battery which should ensure good autonomy for the device. Unfortunately, the charger delivered with the smartphone does not exceed 20 W.

Regarding the photo, here is the configuration of the rear module:

For the software, you should know that the phone is based on Android 11 and emphasizes productivity with its Motorola Ready For function that turns the smartphone into a desktop PC, but not only. 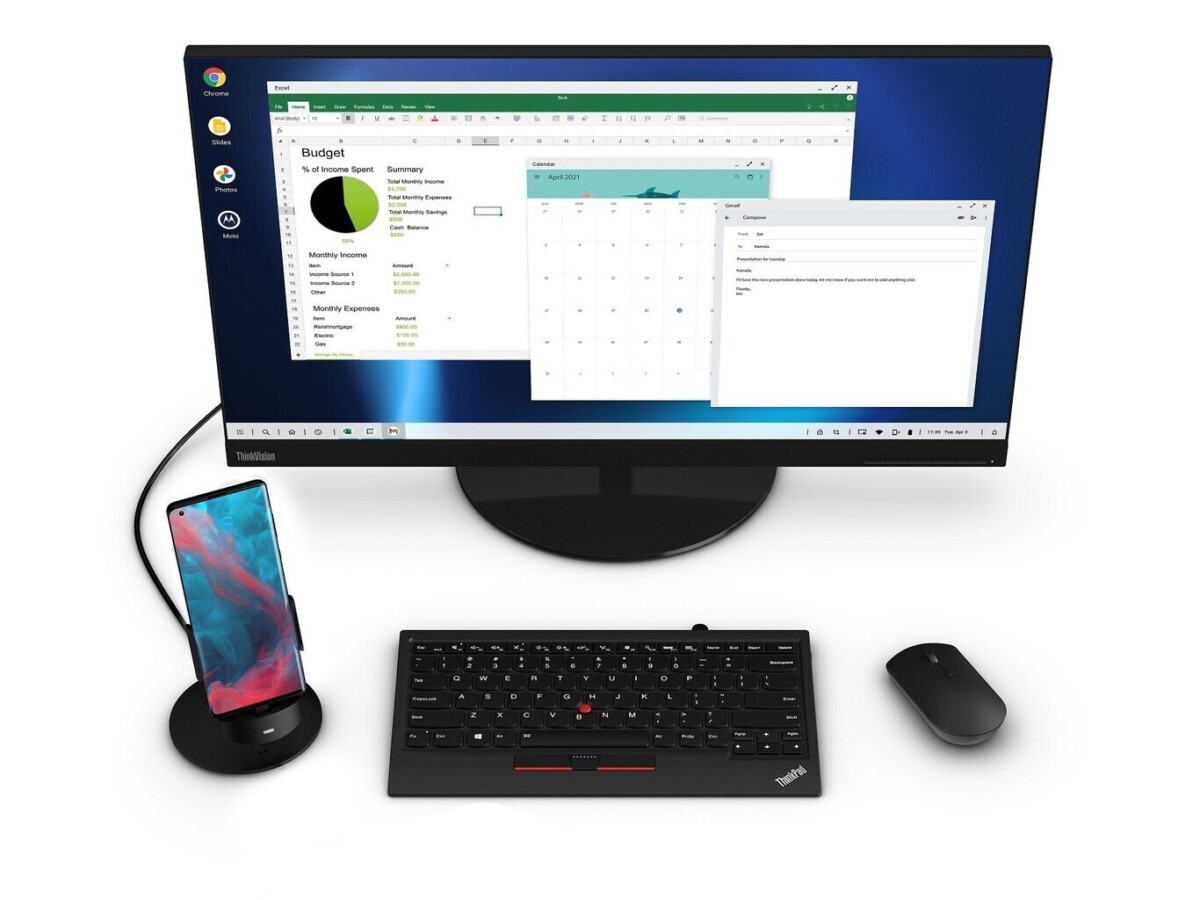 It is also used to make the Moto G100 an add-on game console or a device dedicated to video calls at home.

5G, but no price yet

As the name of the SoC that it embeds very clearly indicates, the Motorola Moto G100 is compatible with 5G, in particular on the 3.5 GHz band which relies on infrastructures designed especially for this network. When it comes out in France, all you have to do is look for the 5G package that suits you.

However, the release date is still a mystery as of this writing, as well as the suggested retail price. The Motorola Spain site simply indicates that the phone will be released soon.

However, we already know that there are three colorways: blue, dark gray and some kind of metallic white.