AMD took advantage of CES 2021 to officially lift the veil on its new range of mobile processors. Based on Zen 3, the Ryzen 5000 mobile promise performance and autonomy. 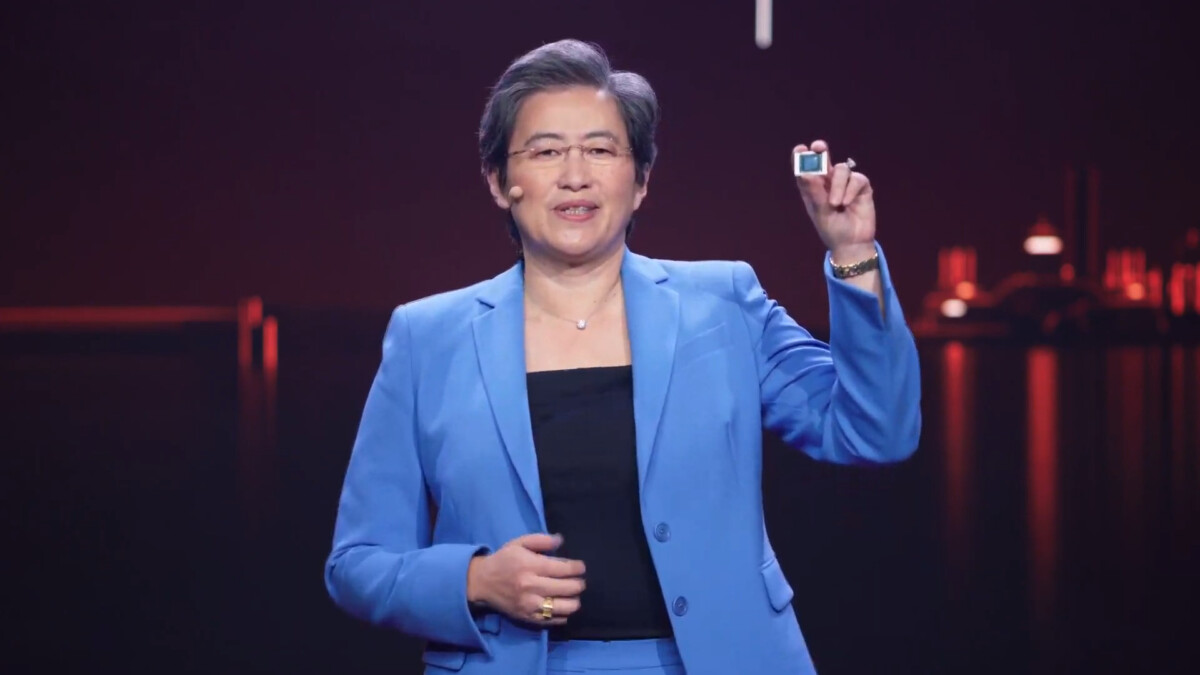 The comeback of AMD in the PC industry must absolutely go through the laptop. If the brand seems to be successful in taking over the desktop PC market from Intel, the situation is more complex on laptops. Indeed, in this market, AMD must convince manufacturers to follow AMD in the design of devices, in a market acquired for many years from Intel.

With the Ryzen 3000 and 4000, AMD had managed to impress us with laptops that often outperform Intel solutions, at lower prices. It is with the Ryzen 5000 that AMD intends to drive the point home. The firm thus announced at its CES 2021 conference that it had convinced its partners to develop 150 models of laptops this year, against 100 for the previous generation. Very good growth.

Ryzen HX and U: performance or autonomy

AMD has therefore proudly unveiled its new range of mobile processors based on the AMD Zen 3 architecture, still in 7 nm. According to AMD, its machines will be able to dominate Intel in terms of autonomy and will also be the only ones to integrate 8-core processors, in the case of ultraportables. 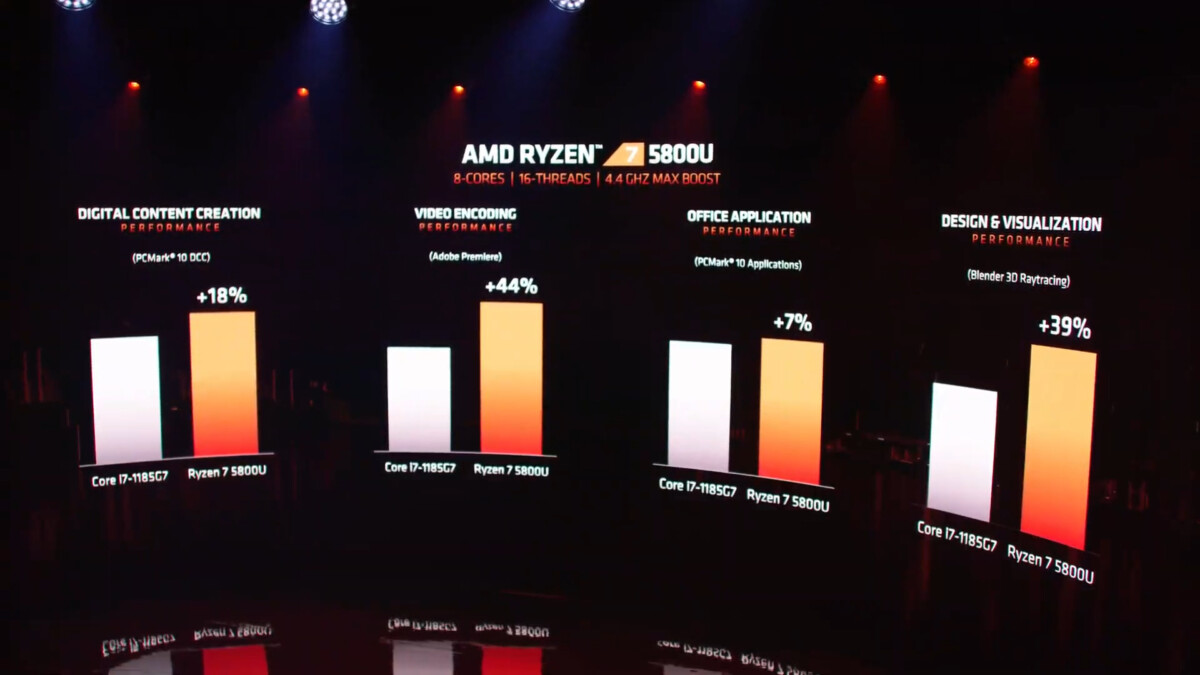 The first processor unveiled is the AMD Ryzen 7 5800U, equipped with 8 cores and 16 threads with a maximum frequency of 4.4 GHz. According to AMD, its processor is 7% to 44% more efficient than Intel’s Core i7-1185G7, depending on the applications.

Remember that the U series is for ultraportables, but AMD has also unveiled a HX series processor for high-performance PCs. 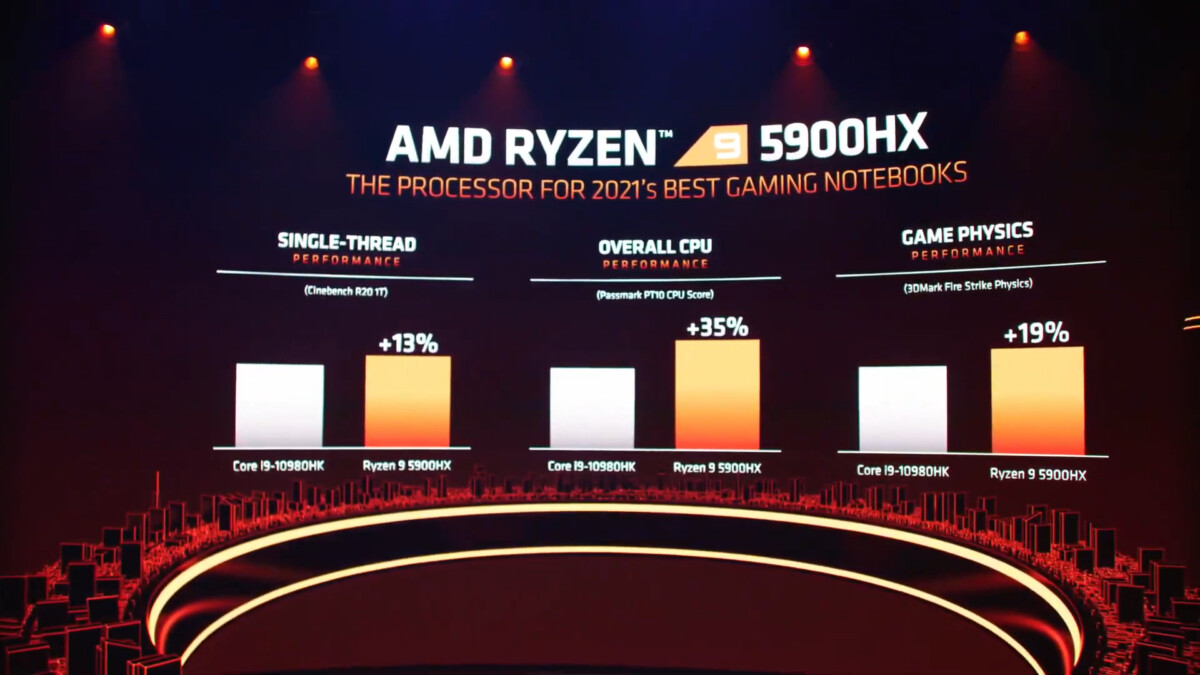 To go even higher, AMD also unveiled the Ryzen 9 5980HX, which is based on the same characteristics, but with a frequency capable of climbing to 4.8 GHz.

AMD announces that the first PCs from its partners like Asus, HP or Lenovo will be available from this February. Hopefully, stocks will be larger than desktop PC processors, which are still hard to find in stock at traders.

AMD still has this particularity of having a double hat with Ryzen processors on one side, and Radeon graphics chips on the other. At the conference, Lisa Su announced that the first laptops equipped with RDNA 2 GPUs will arrive during the first half of the year, without further details. On this point, AMD should therefore be slightly behind on Nvidia, which should unveil these mobile RTX 3000s from CES 2021.