While with its new RTX 3000 mobiles, Nvidia leaves a lot of freedom to laptop manufacturers on the TGP (energy consumption of the graphics card) and the frequencies applied to its chips, ASUS chooses to shed light on the configurations chosen. for its own machines. In other words, you will know what to expect with the purchase. 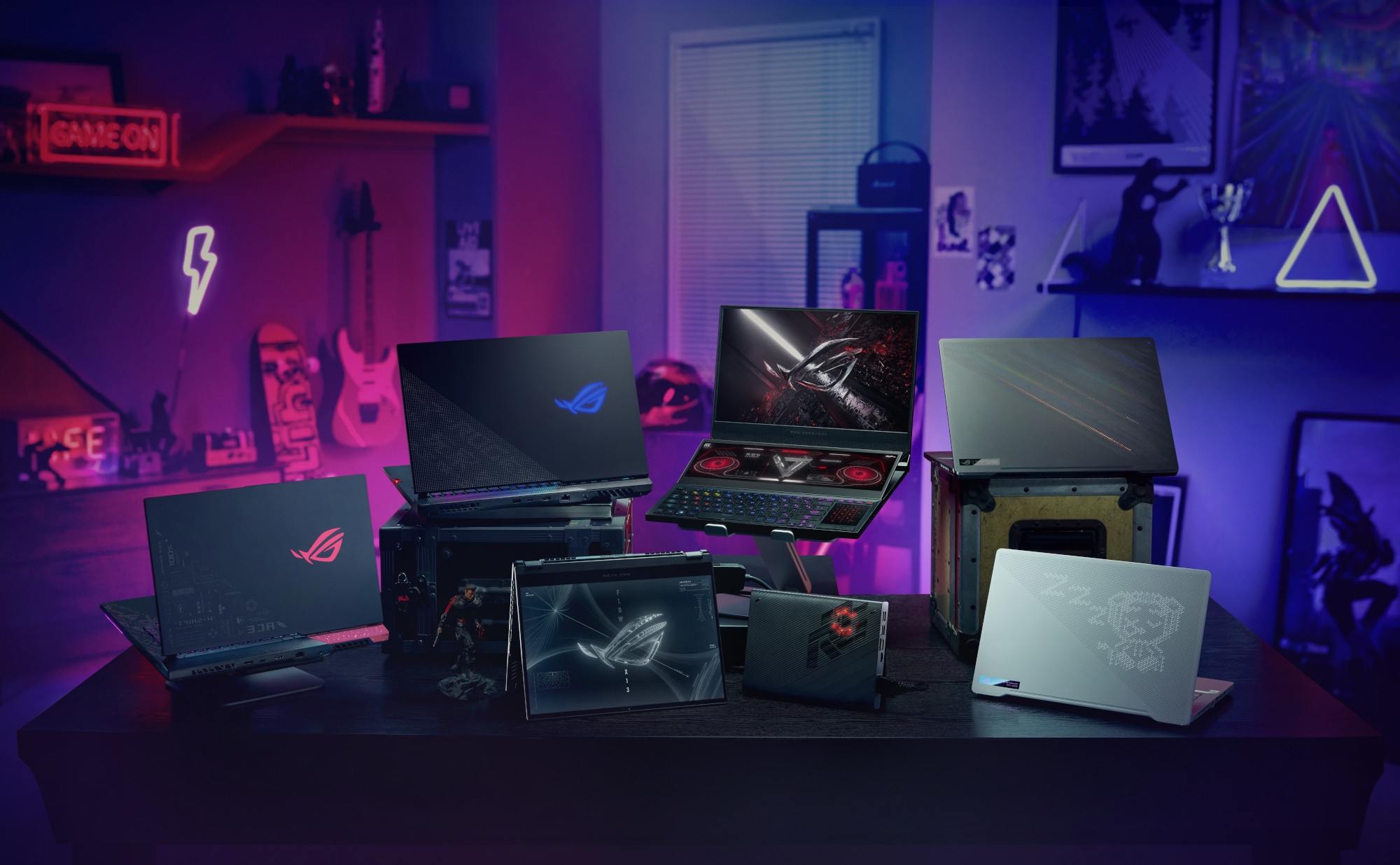 For its new gaming laptops, ASUS unveils without false modesty the frequencies and the TGP of each of their graphics cards // Gamesdone: ASUS

Playing transparency is never a bad idea and ASUS obviously understands this. The brand has indeed chosen to unveil the detailed technical characteristics of the various GeForce RTX 3000s integrated into its latest gaming laptops, presented at CES 2021.

A double-edged sword for the Taiwanese brand, because if it allows consumers to know precisely where they are setting foot in the jungle of possible variations of RTX 3000 mobiles, ASUS also reveals the weaknesses of its devices. We thus discover that none of its new generation models, announced last month, have the most powerful version (and greedy in watts) of the RTX 3080 …

Instead of an RTX 3080 with a maximum TGP (graphics card power consumption) of 150W, ASUS equips its various spearheads (the ROG Zephyrus Duo 15 SE, ROG Zephyrus G15, ROG Zephyrus SCAR 17 and 15) with GPUs limited to 115W at best, or even 80W for the G15. This will have a significant impact on the theoretical performance in particular. But this choice also allows ASUS machines to remain relatively thin and compact. It is therefore a choice between several compromises that each manufacturer must make: graphics power, consumption, cooling and fineness of the machine. 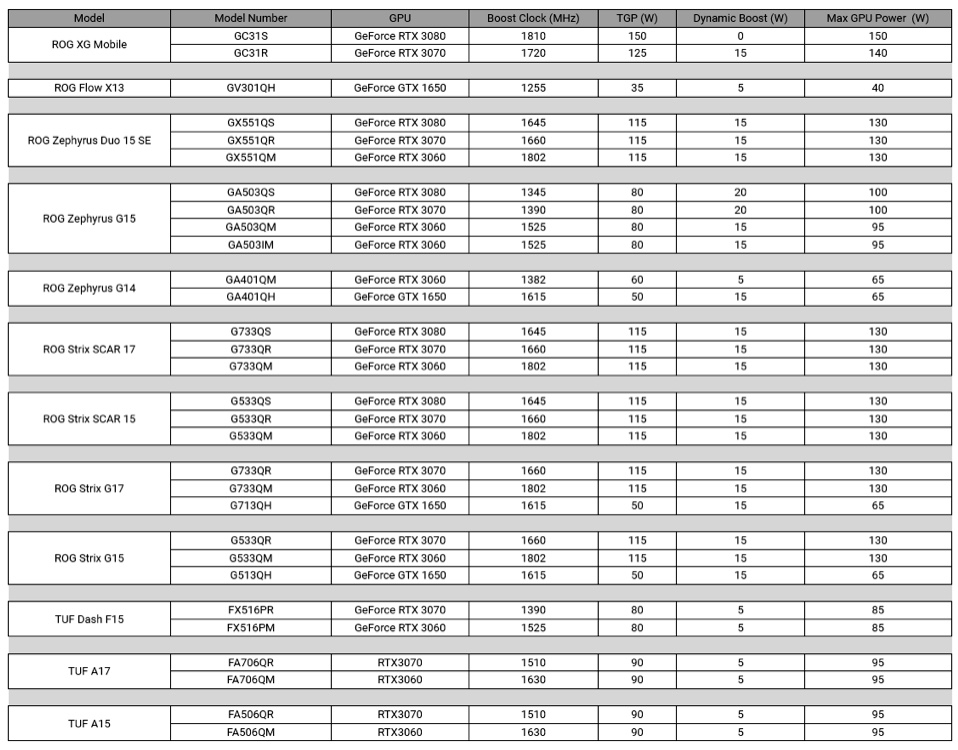 Here, the detailed specifications of the GPUs chosen by ASUS for its latest gaming laptops // Gamesdone: ASUS via Tweakers

MSI has taken a different bias. The competitor and compatriot of ASUS is also among the manufacturers to have unveiled during a live the TGP and the frequencies of the RTX 3000 on board its various laptops. 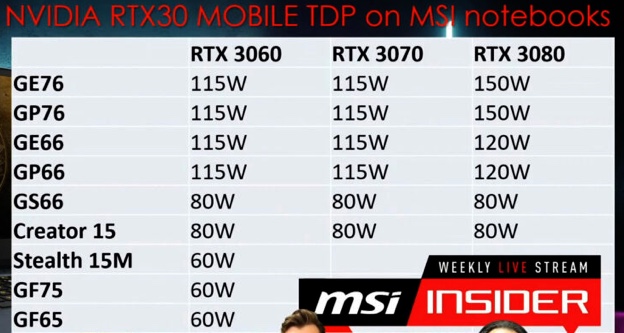 Here are the specifications of the mobile GPUs chosen by MSI // Gamesdone: WCCFTech