ARM has just lifted the veil on the components that will be at the heart of our smartphones in 2022. New CPUs and GPUs that give a foretaste of upcoming announcements from Qualcomm, Samsung, Huawei and MediaTek. 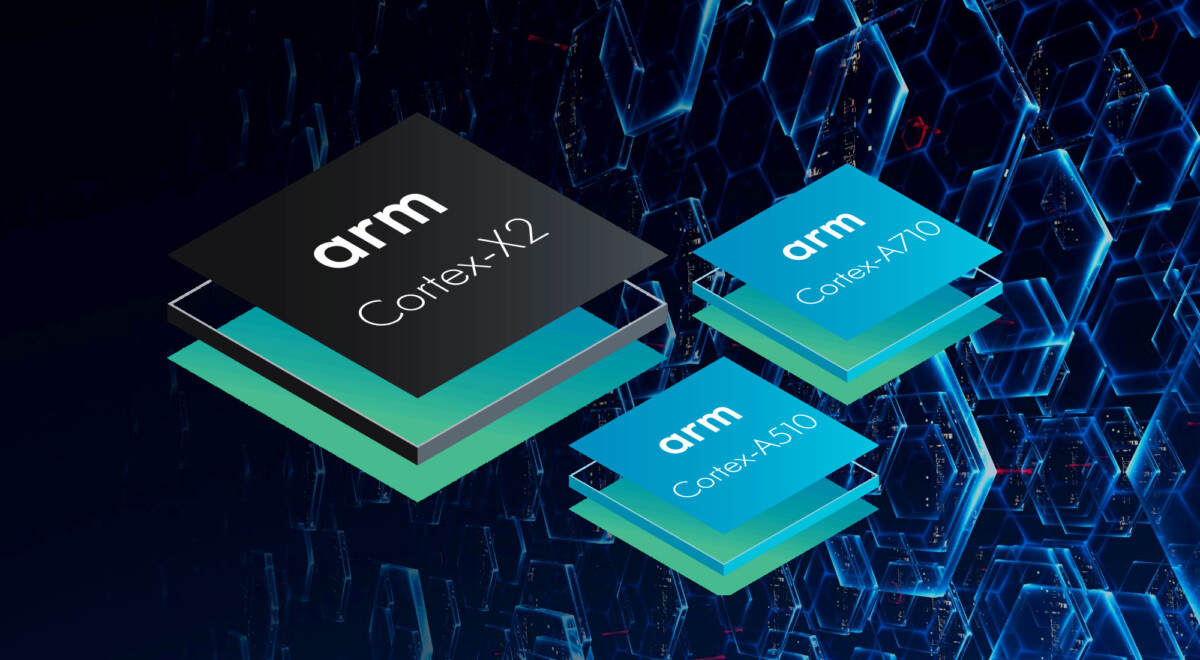 ARM is certainly one of the most prominent companies today. As a reminder, in September 2020, Nvidia announced its acquisition for 40 billion dollars. This buyout is expected to be finalized by March 2022, subject to regulatory approval. In the meantime, the UK-based company owner of the Japanese group SoftBank presented its new products. To set the scene for you: this is the fourth and final iteration of the ARM Austin family. The new Sophia family, announced in 2022, will bring more important developments.

As a reminder, ARM designs micro-architectures used by the largest tech companies, including Apple, Samsung, Qualcomm, Huawei, Microsoft, Nvidia, AMD and even Google. This year, ARM unveiled the next generation micro-architectures for smartphones and computers: the Cortex-X2 CPU (after the X1), the successor to the Cortex-A78 in the form of the Cortex-A710, and for the first time in years. years, a brand new CPU with the Cortex-A510. These three new processors form a new armv9 compatible trio which aim to mark a major architectural change.

This is what should be remembered from these announcements: 32-bit applications will disappear from 2023 on Android. The new architectures will no longer be able to run 32-bit apps, but that’s pretty good… Google has already started the change for several years on the Play Store. Switching to Armv9 Brings Many New Architectural Features which should significantly improve the performance and efficiency of the chips.

The Cortex-X2 is the big heart of ARM, the most powerful in their catalog. This new CPU increases the gap that separated it from the CPU below, the Cortex-A710. ARM thus promises an improvement of 10 to 16% of the IPC (instructions per clock cycle). These figures will depend on a lot of unknown elements to date. Since these CPUs are then used by Samsung, Qualcomm or MediaTek, there are many variables to take into account, including the choice of the founder (Samsung or TSMC for example). Note that the new DSU-110, a new shared unit which is the backbone of the CPU, now supports up to 8 Cortex-X2 cores. We can imagine new powerful ARM chips to equip the next Windows or ChromeOS laptops.

For its part, the Cortex-A710 is the first “big” Armv9 CPU, with an energy efficiency gain of 30% and a performance increase of 10% compared to the Cortex-A78. The Cortex-A510 is arguably the most interesting ad. The design of this CPU uses an innovative approach, as described by ArsTechnica, which should provide very good energy efficiency. In summary, the chips that will use these ARM cores should perform well while being energy efficient. 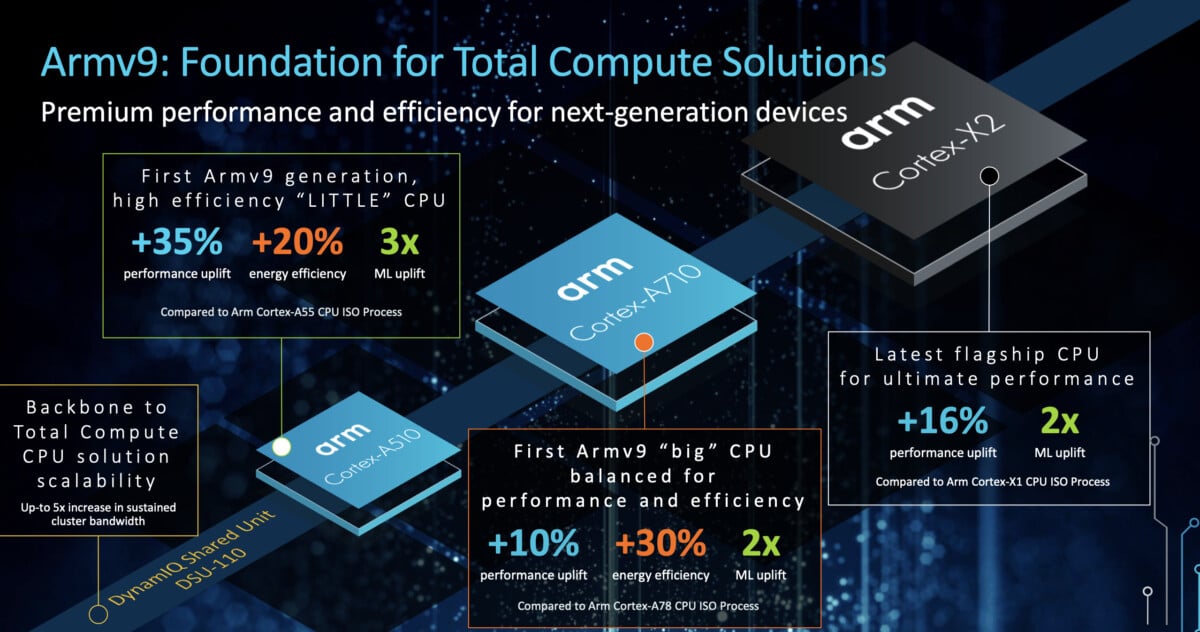 ARM also has new GPUs. The new Mali-G710, for example, is ARM’s best performing GPU, targeting high-end smartphones and the Chromebook market. This graphics chip offers a 20% performance improvement for compute-intensive experiments, such as power-hungry video games. The range is completed by the Mali-G610, the G510 or the G310. The latter will be used on wearables.

See you next year to discover the first SoCs from ARM partners using the new features presented today.