Apple has unveiled the new version of its Podcasts app, with a new design and the ability to pay to subscribe to certain shows. 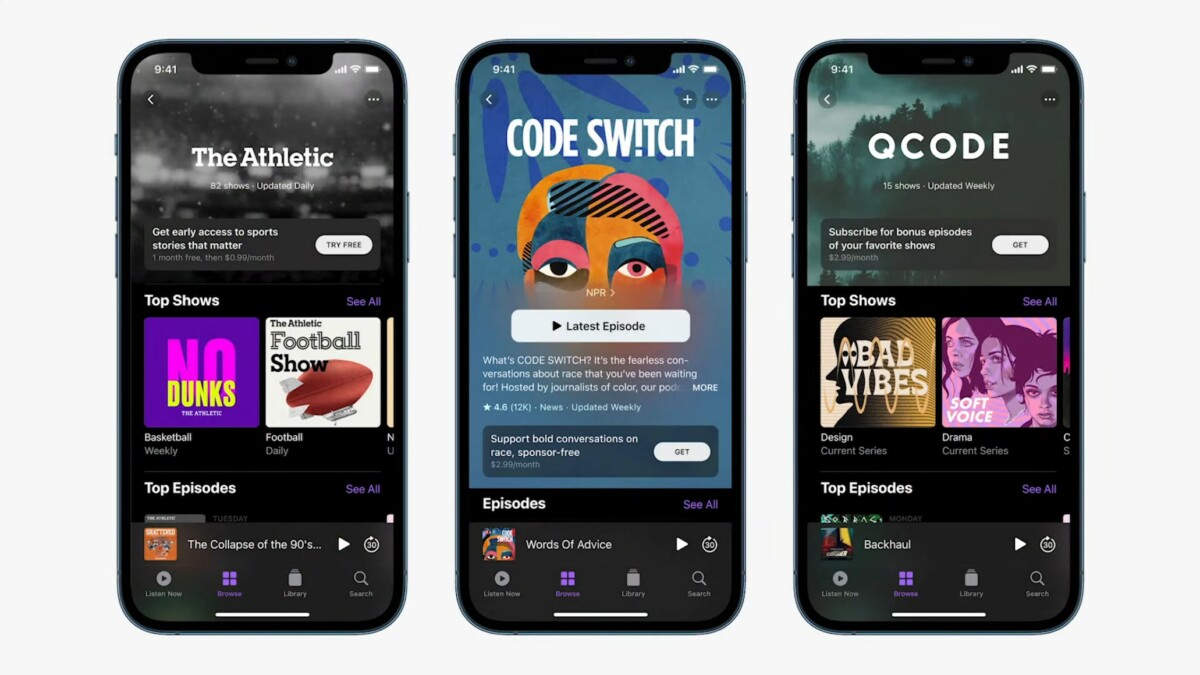 This Tuesday, on the occasion of its virtual keynote, Apple unveiled some new features concerning its podcast application, simply called « Podcasts ».

Apple was one of the pioneers in the podcast world, and iTunes has long been the software of choice and the world’s largest catalog of podcasts. However, over the past ten years or so, many competing services have been launched, both with competing applications and with catalogs sometimes offering more features.

It is in this context that Tim Cook announced on Tuesday a redesign of its podcast application. The main innovation concerns the graphic redesign of the application. From now on, each podcast will be entitled to a dedicated page not only for the show, but also for the episode. In addition, Apple will allow podcast creators to group all their shows within “Chains”. For Apple, this is to offer podcast listeners the shows of a creator they already appreciate. We can thus imagine finding under the same banner the programs of France Inter, the French podcaster Patrick Beja or the American start-up Gimlet.

In addition to this new design and these channels, the Podcast application will also make it easier for creators to finance their shows. Concretely, Apple will now offer a subscription function to certain programs. Users will be able to pay to listen to a particular program. A good way for the firm to position itself as a central place for podcasts, without the creators having to offer subscriptions to their subscribers as is the case via Patreon or Tipeee. The price can also be set by the creators of the show, Apple giving the example of a show available at 0.99 dollars per month or others offered at 2.99 dollars per month, sometimes with a free month.

Apple has announced that the paid podcast subscription feature will arrive in 170 countries as early as next month. There is therefore no doubt that the function will be launched in France.

Apple will resume service in 2021 with its first online conference this Tuesday, April 20, from Apple Park in Cupertino. Tim Cook and his family are expected to unveil new products, including iPads and …
Read more