Apple has unveiled the new version of its all-in-one PC, the iMac. This not only benefits from a new design, but also from Apple’s M1 chip. 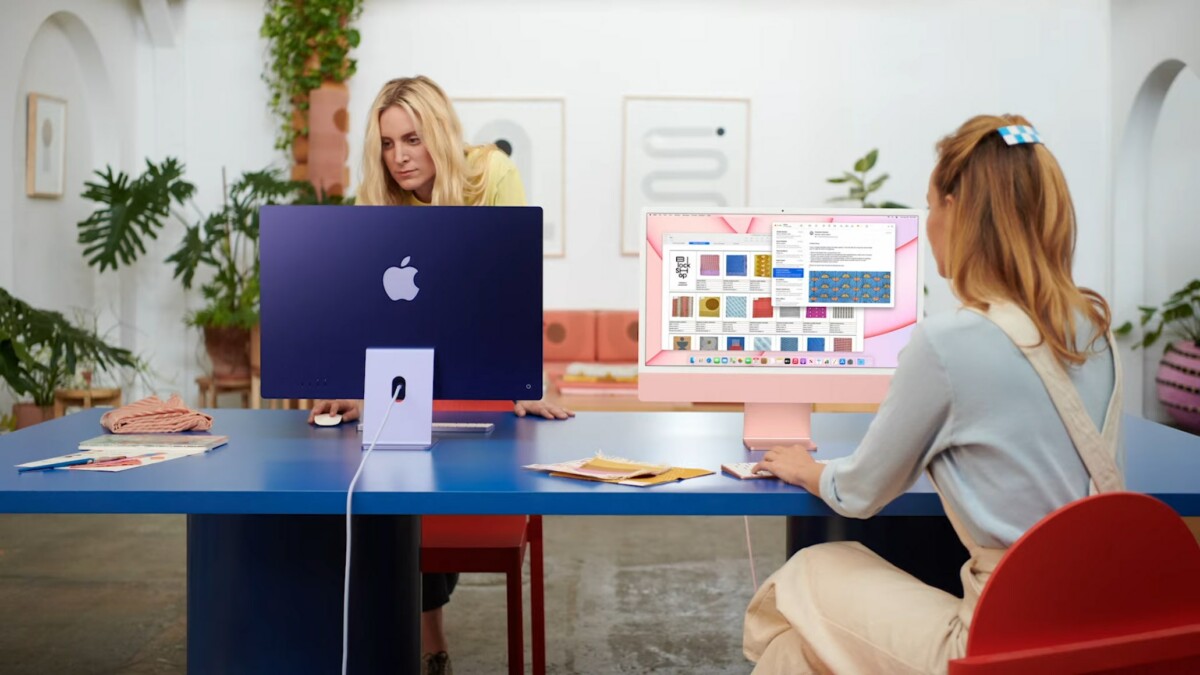 After unveiling, at the end of last year, the new versions of its MacBook Air, MacBook Pro and Mac mini, Apple presented, this Tuesday, on the occasion of its virtual keynote, its brand new iMac. Like previous computers, it features the new Apple M1 chip. However, unlike the other models, it benefits from a completely new design, more in line with the brand’s iPhone and iPad.

Apple’s new iMac M1 thus benefits from a more angular design, with a more industrial look, but also much thinner. It must be said that the iMac is now equipped with the Apple M1 chip. As a reminder, this is not just a processor, but a real SoC based on the same architecture as mobile chips and comprising both the CPU, the GPU or the image processor. This new chip allows the iMac not to heat up unreasonably and to take only two fans – producing a sound of only 10 decibels – in order to achieve a thickness of 11.5 mm. 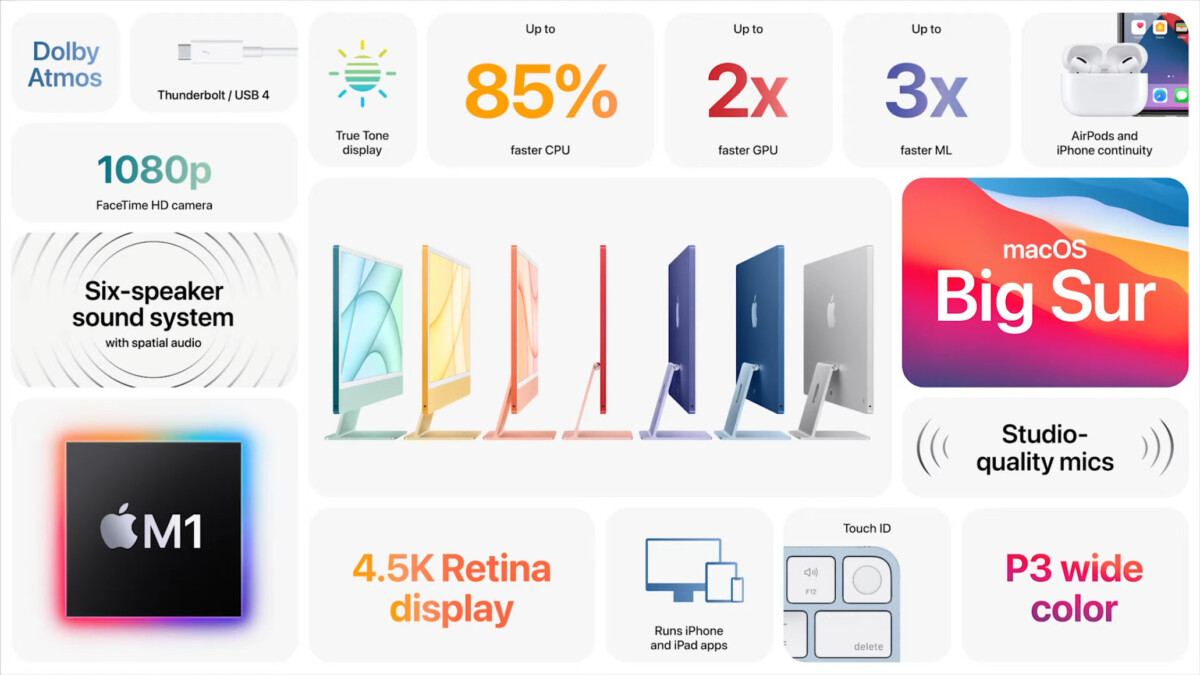 On the screen side, the iMac has a 24-inch panel, which is therefore larger than the 21 inches of the previous model, with a 4.5K definition of 4480 x 2520 pixels. The screen can also go up to a maximum brightness of 500 cd / m² and is compatible with Apple’s TrueTone technology to adapt the temperature of the display to the ambient lighting.

Improvements for the webcam and microphones

On the webcam and microphone side, Apple has announced great progress. The manufacturer has integrated a Full HD camera in its iMac, working hand in hand with the Apple M1 to produce sharper images, less noisy and with good color or dynamic management. Regarding the microphones, three cells have been integrated into the iMac in order to better centralize the user’s voice, without ambient background noise. The iMac M1 also has six different speakers, three on the left and three on the right, compatible with spatial audio and Dolby Atmos.

The connection is unfortunately behind. Apple has integrated four USB sockets on the back of its iMac M1, but all are in USB-C format and only two are Thunderbolt compatible. In fact, it will therefore be necessary to use a USB hub to use devices with a USB-A connection. In addition to these four connections, there is also a magnetic plug for the power cable. At the end of it, we will find the power supply unit, also incorporating an Ethernet socket for a wired Internet connection.

To accompany the iMac, Apple has also unveiled new Magic Keyboard, integrating emojis, but also TouchID or even a touch keyboard.

The new iMac will be offered in seven colors – gray, blue, purple, red, orange, yellow or green – and with two configurations. The first, offered at 1299 dollars, integrates an M1 chip with 7 GPU cores and a Magic Keyboard. The second, at $ 1,499, offers 8 GPU cores and a TouchID-compatible Magic Keyboard, as well as Ethernet connectivity. Pre-orders will be open on April 30, before deliveries scheduled for the end of May.