Macs equipped with an Apple M1 chip could not take advantage of the power of an external GPU. It will therefore be necessary to be satisfied with the one embedded in the computer.

As Apple promised at WWDC last June, its first computers equipped with an ARM architecture were presented last night at the event “One More Thing“. This represents a huge change in the ecosystem of the manufacturer, but also in the paradigm of computers, laptops in particular.

Three new products were unveiled: a MacBook Air, a MacBook Pro and a Mac mini.

When buying one of these three computers, however, you will have to make sure that they perfectly match your needs, because you should not hope to give them a gain in power later, in any way. of another. You may have noticed when announcing the M1 chip, the DRAM is directly integrated into the SoC and is therefore part of a whole comprising, among others, the CPU, the GPU and the Neural Engine (dedicated to artificial intelligence calculations). Forget the idea of ​​adding more RAM in the future to your Mac mini M1. 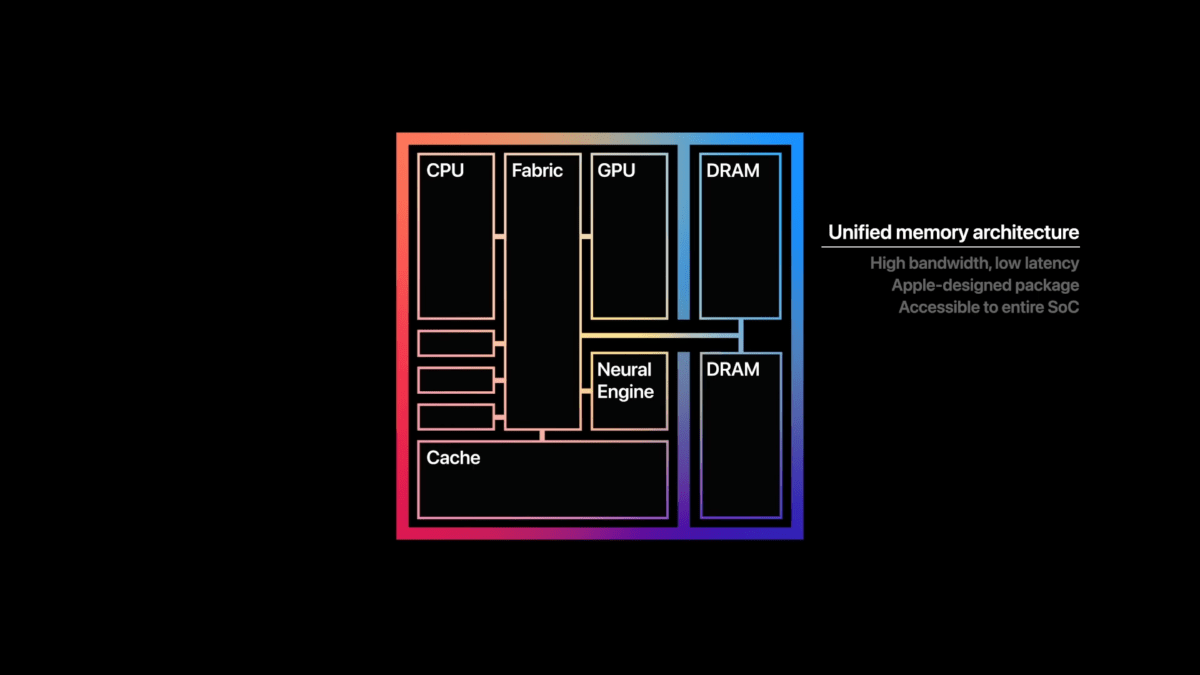 But that’s not all. According to TechCrunch, it would also be impossible to pair an eGPU to any of these three computers. So you also won’t be able to improve the graphics performance of your Mac through one of its Thunderbolt ports.

To put it simply, an eGPU, or external GPU, is a graphics card that can be plugged into a Thunderbolt 3 port in order to enjoy great graphics performance on an ultrabook. This can be particularly interesting for video game enthusiasts, but also for those who do a lot of video editing and who might need extra power to speed up rendering, while keeping a light computer for on the go.

Those who would have bought un eGPU Blackmagic on the Apple store will therefore have to do without if they opt for one of the new products presented yesterday by Apple.

This does not seem to represent a real problem for the MacBook Air, whose internal GPU performance has been greatly improved, but for the MacBook Pro thus loses one of the features that allowed it to be a little more “pro”. Apart from a ventilation system allowing the SoC to run at 100% of its capacity without stopping, this model struggles to stand out from its ultraportable little brother.

Why I adopted the eGPU, I shouldn’t have, but you should thank me

I am journalist. Also, my equipment must be able to go the distance, and allow me to write quickly in all conditions, without necessarily needing an outlet or even a connection. But I…
Read more