Passing on GFXBench 5.0, the graphics part of the new Apple M1 chip shows impressive results, able to outclass in most cases the GeForce GTX 1050Ti and Radeon RX 560… and with a large lead. 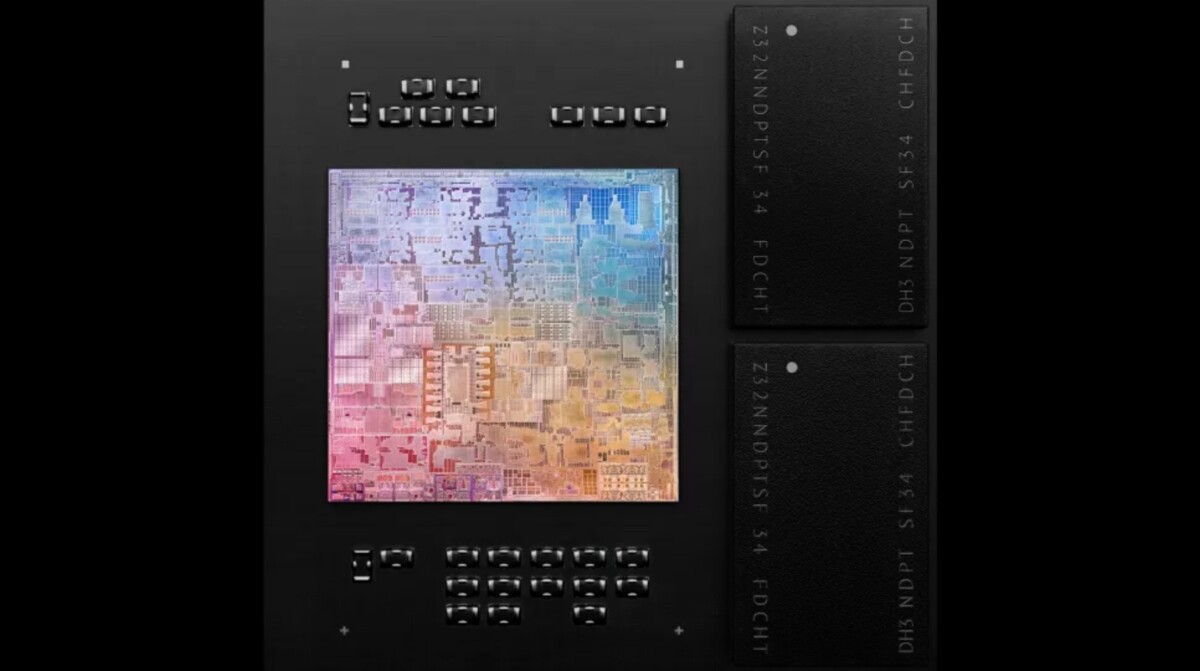 The graphics integrated into the Apple M1 make a strong impression in the Benchmarks // Gamesdone: Apple via Tom’s Hardware

We recently mentioned the first performance indices recorded for the CPU part of Apple’s new M1 chip, but its iGPU (integrated graphics part) seems to be just as promising. According to readings from GFXBench 5.0, the ARM SoC that Apple now integrates into three new Macs would be able to easily outclass the GeForce GTX 1050 Ti from Nvidia and Radeon RX 560 from AMD, two dedicated graphics cards.

Better still, in terms of TFlops, the Apple M1 comes a short distance behind Nvidia’s current entry level: the GeForce GTX 1650 (2.6 TFlops for the M1 against 2.9 TFlops for the GTX 1650). The latter is especially effective in 1080p for competitive titles or not very greedy, but approaching computing power would allow the new MacBook Pro 13, MacBook Air and Mac Mini launched by Apple to seriously gain in tone graphically for software from video editing or photo editing, for example. And for good reason, these three devices have been content until now with soft graphics parts integrated into Intel processors.

A still mysterious iGPU for the Apple M1

As indicated Tom’s Hardware, while the results displayed by GFXBench 5.0 are impressive, they deserve to be taken with a grain of salt. GFXBench is not the ideal tool for measuring graphics card performance (it is a benchmark designed primarily for smartphone SoCs). Another thing to take into account: the GTX 1050 Ti and RX 560 are older generation graphics cards. The test was also carried out under Apple’s Metal API which restricts the possible comparisons with more recent dedicated GPUs on GFXBench, such as the GTX 1650, explains the specialist site.

However, the performance of Apple’s iGPU remains notable in that it defeats these two desktop graphics cards with a 75 W TGP… by being only a part itself. graphics integrated into a low-power SoC.

Technically, the graphics of the Apple M1 are still quite mysterious. We know for the moment that it has 8 cores with a total of 128 execution units (EU), but Apple has not yet detailed the frequencies applied to these cores. The processor part of the SoC comprises four high performance “FireStorm” cores and four energy-saving “IceStorm” cores. The whole is finally engraved using the 5 nm process developed by TSMC.