A patent application filed by Apple reveals the brand’s work on a configurable keyboard project. The keys of the latter would each have a small screen capable of dynamically displaying other characters according to the user’s preferences.

Here the MacBook Pro M1 and its TouchBar // Gamesdone: Arnaud Gelineau for Frandroid

Part of synthesizing the experience offered by the TouchBar and launching a new “revolutionary” keyboard, as if to ward off fate after the setbacks of the butterfly keyboard. This is what Apple could have in mind if we are to believe a patent application filed by the group for a configurable keyboard, with dynamic keys, able to adapt on the fly to user preferences.

As the indiscreet discovered Patently Apple, specializing in the analysis of patents submitted by the Cupertino giant, the firm would rely in particular on keys each equipped with a small screen … but without abandoning their physical nature. Clearly, these miniature screens would be mounted on keys similar to those currently known with the new “Magic Keyboard”, instead of the characters printed on the plastic.

OLED screens on the Mac keys

For these tiny display devices, Apple would choose OLED technology, and we would find a very small scale pixel grid. The characters could thus be displayed dynamically. As 9to5Mac specifies, on the other hand, one should not expect sophisticated effects on these small screens, which would simply be content to display characters in a readable way, but very basic.

The overall idea would be to let the user set up different keyboard layouts, adapting the characters on the keys to their liking. We can then imagine different configurations for, for example, programming, gaming, video editing, photo editing… all with suitable shortcuts. Users speaking several languages ​​could also easily switch the layout of their keyboard, for example swapping an AZERY keyboard for a keyboard with Chinese, Greek, Cyrillic or even Arabic characters. The whole could finally be set up automatically based on the parameters chosen upstream by the user. 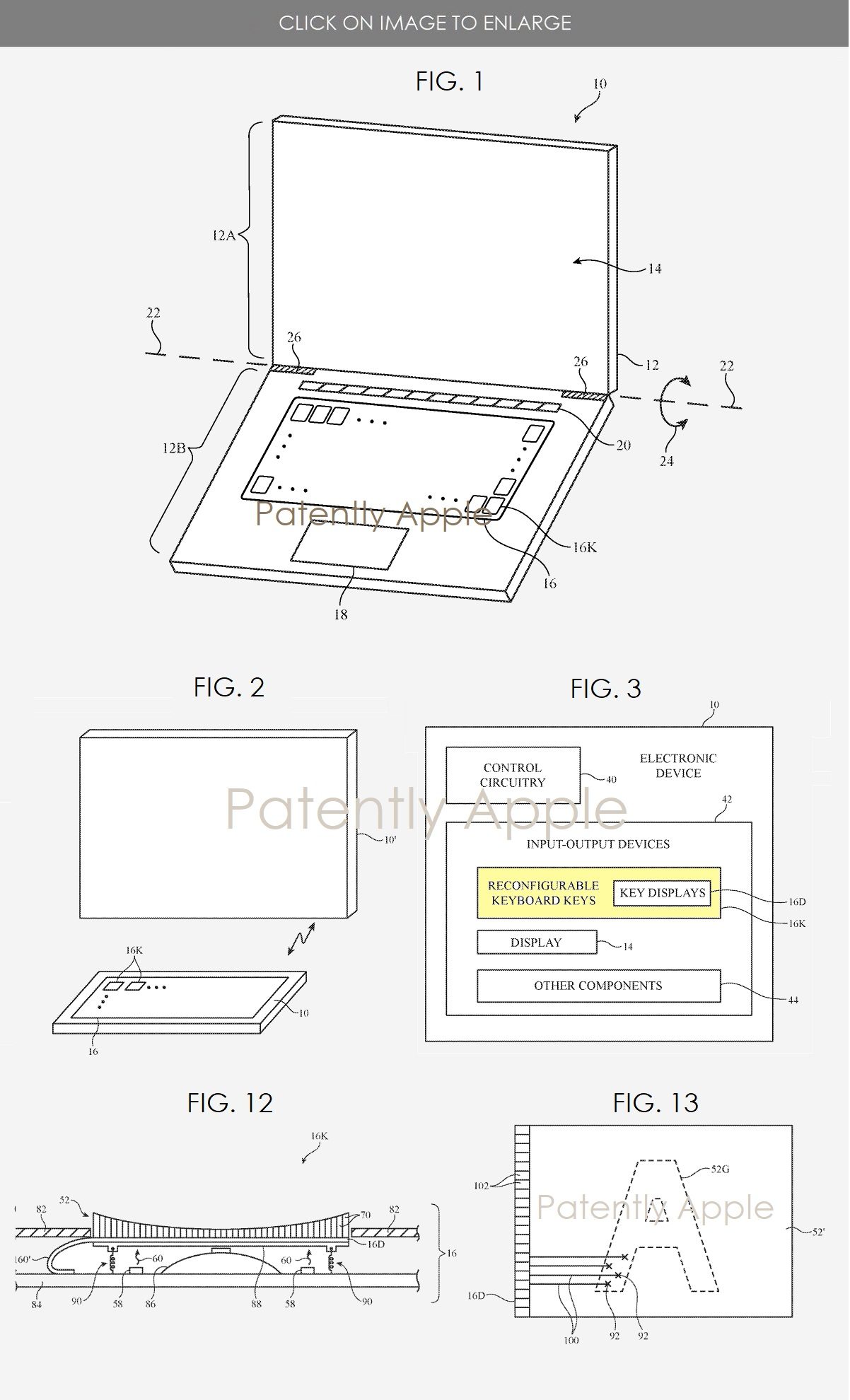 « The user can, for example, switch from a first format (for example English) to a second format (for example Greek). In response to user input to switch the keyboard, the device’s control circuits can automatically adjust the key labels through the displays, and thus switch from English letters to Greek letters, thereby switching the keyboard to the first format. in the second format“Describes Apple in particular.

According to the descriptions of the patent, Apple is considering deploying this system both on the keyboard of future MacBooks and on those sold separately for its various desktops. However, it should be kept in mind that if this project is promising, nothing is set in stone: Apple could quite decide to leave it in the closet.