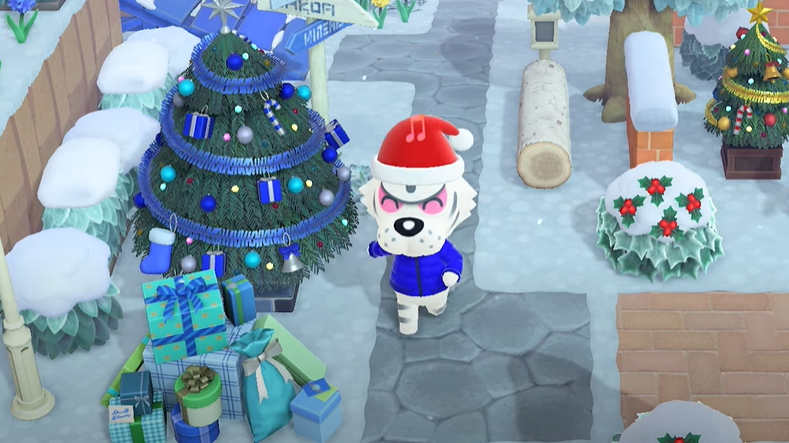 Animal Crossing: New Horizons is getting its next free update this month, adding in events for Turkey Day (Thanksgiving) and Toy Day (Christmas). Also being added is a save data transfer feature and more inclusive hairstyles for your villager.

The free Winter update will be live on November 19 and with it kicks off the start of new seasonal events, the addition of new Reactions and hairstyles, and the ability to transfer your save data to another Nintendo Switch console.

Turkey Day will take place on November 26 with a special event and character appearing who you’ll need to help out. Nintendo is setting Toy Day as December 24, which is a great distraction that we’ll all need on Christmas Eve this year.

When the update is available, you’ll be able to get your island ready for Turkey Day which will be an in-game event on November 26. On this day, your island will have a visitor and there will be a special celebration in the town square, just like with the most recent Halloween event.

Franklin, the first-class chef, will be on your island on Turkey Day and, if you bring him some leftover pumpkins, you’ll be given a wonderful feast!

Check out the video Nintendo released below:

After Turkey Day, the next in-game event will be Toy Day, taking place on December 24.

Obviously, this is the big Christmas event we’ve all been waiting for and it seems like the update is going to bring a fresh coating of snow to our islands in December, and in the run up to Toy Day. Jingle the Reindeer will come to your island with a sack full of gifts, too, and you’ll need to help them deliver presents to your favourite villagers.

If the video is anything to go by, we’re going to be able to craft or buy plenty of themed decorations and items for our islands, which means there will be new seasonal materials to gather as well.

From November 19, two new items will be added to the Nook Terminal in the Resident Services building (or tent). You’ll be able to buy new reactions and six new and seemingly inclusive hairstyles to help make your avatar perfectly resemble you.

[Announcement]The ability to transfer your island and resident data to another #NintendoSwitch system will be available on 11/19 with the free Island Transfer Tool app on Nintendo eShop. Additional details: https://t.co/DyG3YqInhr pic.twitter.com/ME0etIc2dcNovember 17, 2020

Also shown in the video is the ability to expand your home’s storage function by talking to Tom Nook, letting you keep more things in storage in case you’ve somehow managed to fill it up.

You can increase storage from 1600 to 2400, which means you probably won’t have to worry about stockpiling too much now.

As mentioned in the Tweet above, save data transfer will come to Animal Crossing: New Horizons. This long-requested feature will be available on November 19 and allow you to transfer your island and resident data to another Nintendo Switch system.

The video ends with one final teaser; another free content update coming in late January.

Animal Crossing: New Horizons’ free Winter update will be live on November 19, simply download it and continue playing once the update is available.