While 5G is finally gaining momentum in France and the first users can finally benefit from it, one can wonder who are the lucky ones who can now surf much faster than others on the internet. The Ariase offers comparator has drawn up the Top 50 of the best equipped French cities with ultra-fast connection. 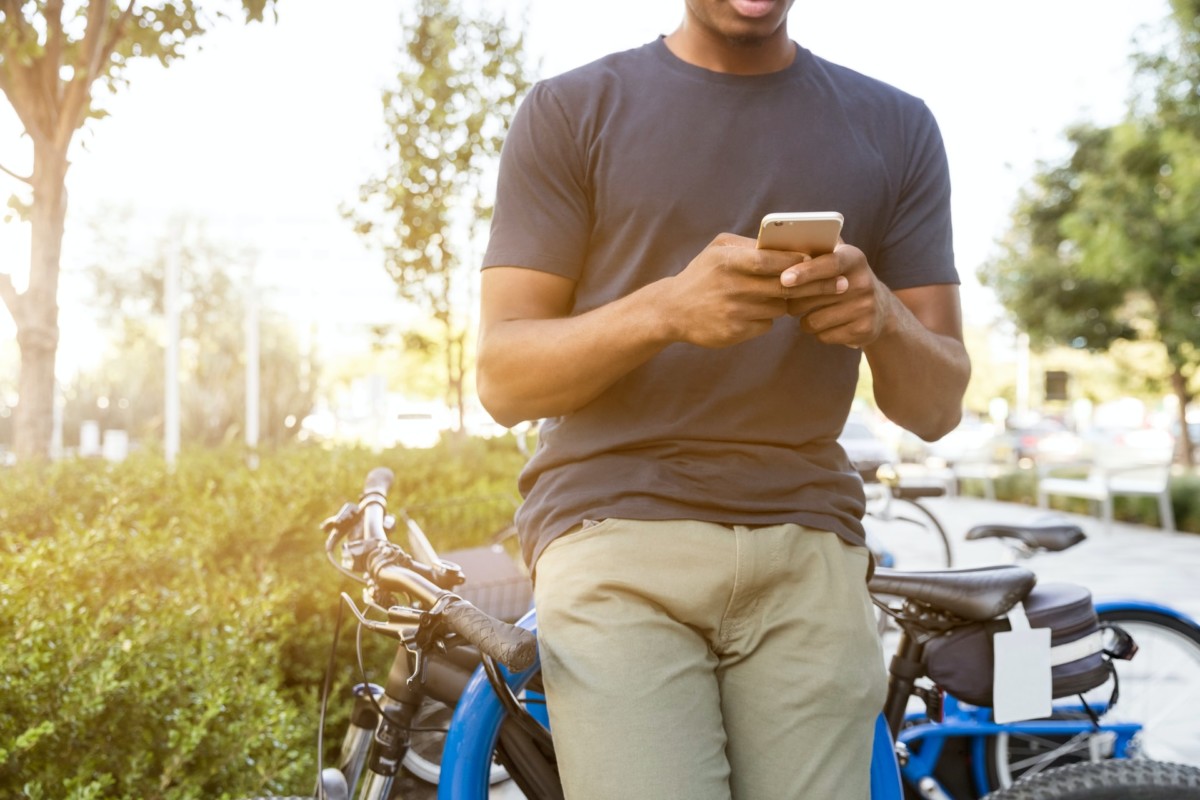 Where is it good to connect in 5G? This is the new fashionable question at the start of 2021 as the ultra-fast connection takes its first steps in France after a soft start at the end of 2020.

To answer this, Ariase, comparator of internet box subscriptions and mobile plans, has established the ranking of the cities best equipped with 5G, by category of municipalities (metropolitan areas, large cities, medium-sized towns and municipalities) and by number of sites open for 1000 inhabitants. Its results are based on figures provided by ARCEP, the French Postal and Electronic Communications Regulatory Authority.

Nice, the most efficient of the big cities

Among the first cities to offer 5G to its inhabitants, Nice appears almost logically at the top of the ranking of metropolises (more than 200,000 inhabitants). There are 0.37 open 5G site per 1000 inhabitants. The Riviera city is ahead of Montpellier (0.32) and Marseille (0.30). Paris is obviously not in the ranking, the town hall still not having authorized the opening of the network, subject to consultation to curb the scolding of elected environmentalists in particular. 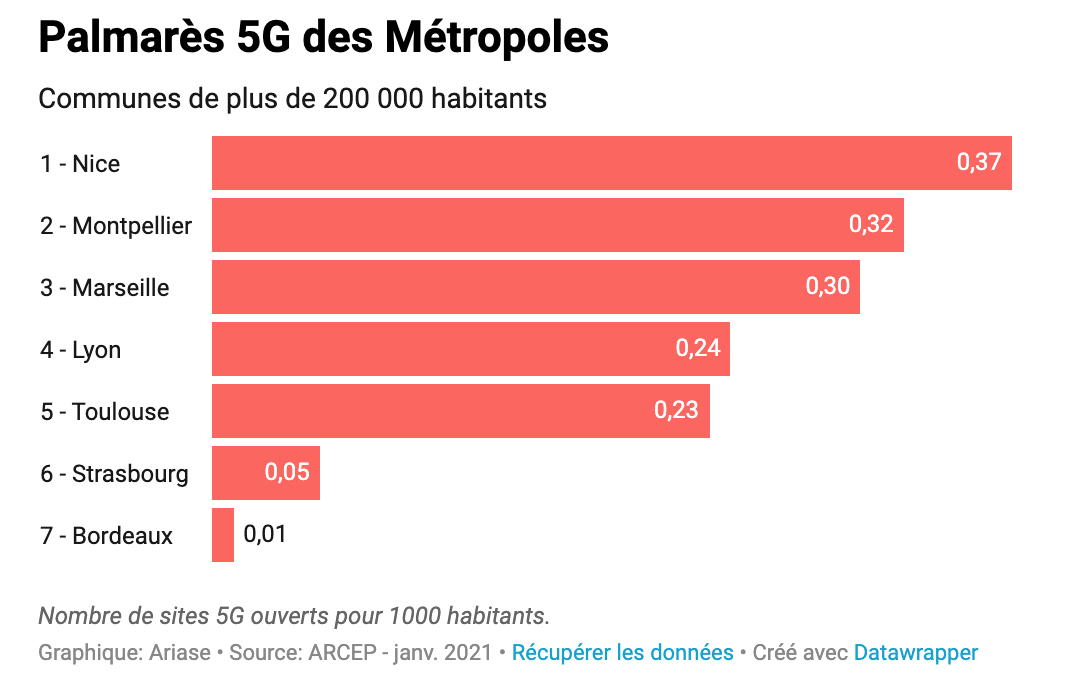 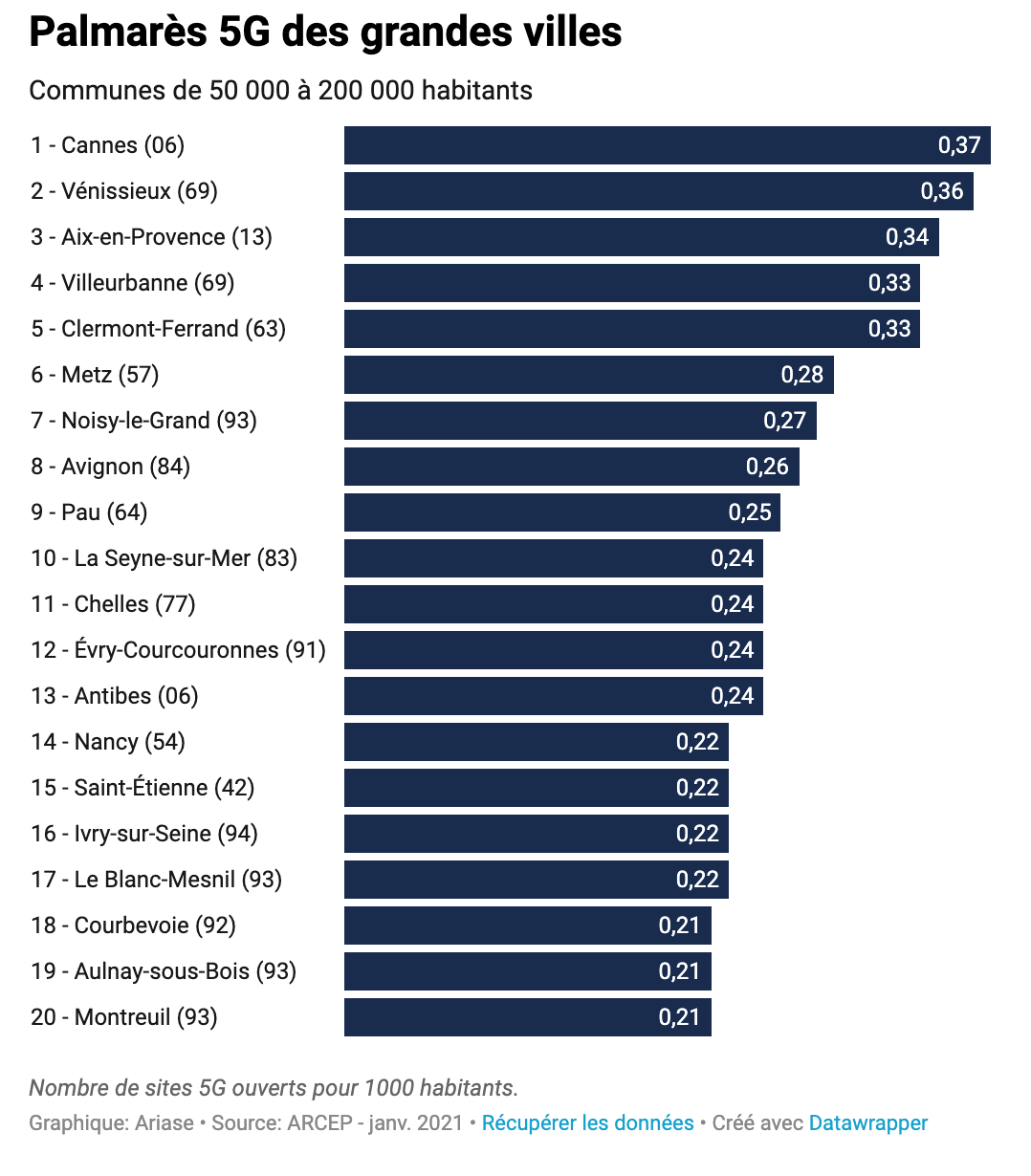 Small towns at the forefront of 5G connection

Long considered, sometimes unfairly, as the forgotten of 4G, the smallest municipalities are paradoxically the best off in the early days of 5G. The operators have not forgotten to equip them too, also at the request of Arcep, which has made this one of its conditions for allocating frequencies. And much better site-to-user ratio coverage is found in cities of 5,000 to 20,000 inhabitants than in larger cities. Thus, Lesquin in the North (8,600 inhabitants) has 0.93 open 5G site per 1,000 inhabitants, i.e. almost three times more than in metropolitan areas. But it doesn’t indicate that the connection is faster or better. 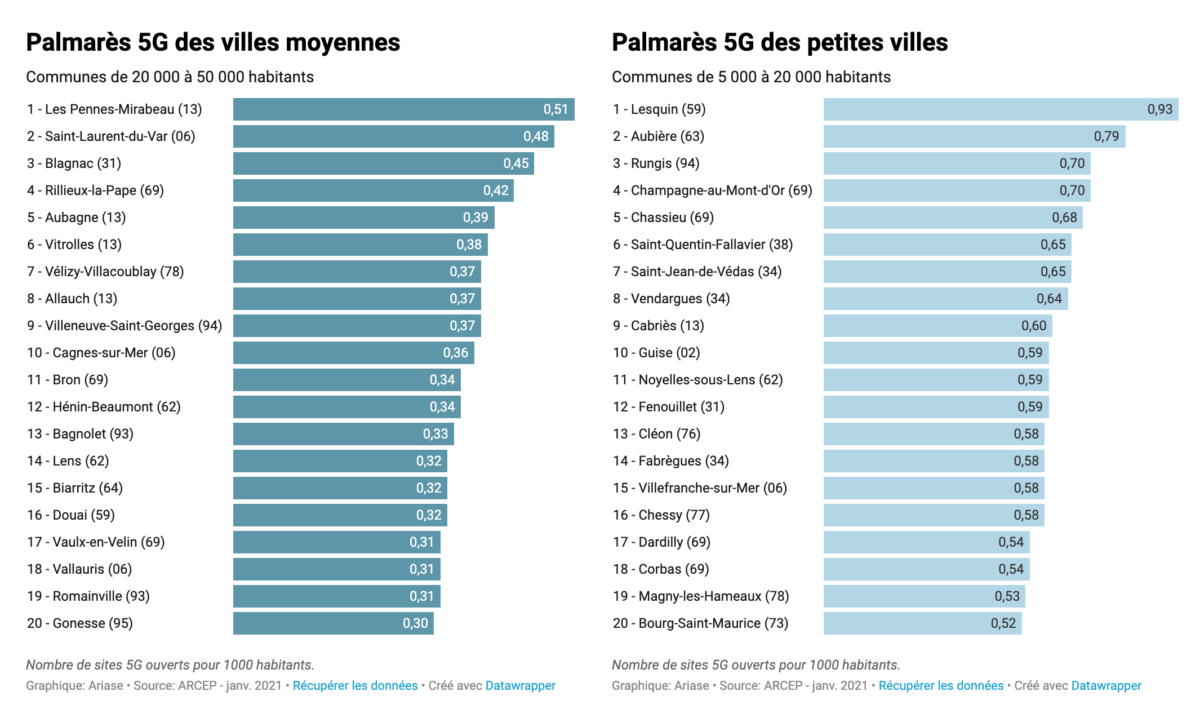 The Top 50 cities best covered by 5G are thus trusted by small cities. Lesquin is ahead of Aubière in the Puy-de-Dôme with its 10,000 souls, and Rungis, a city in the suburbs of Paris (5,700 inhabitants). We also find in the Top 10 a good number of cities with no more than 10,000 inhabitants, which is obviously easier to cover with fewer 5G antennas … 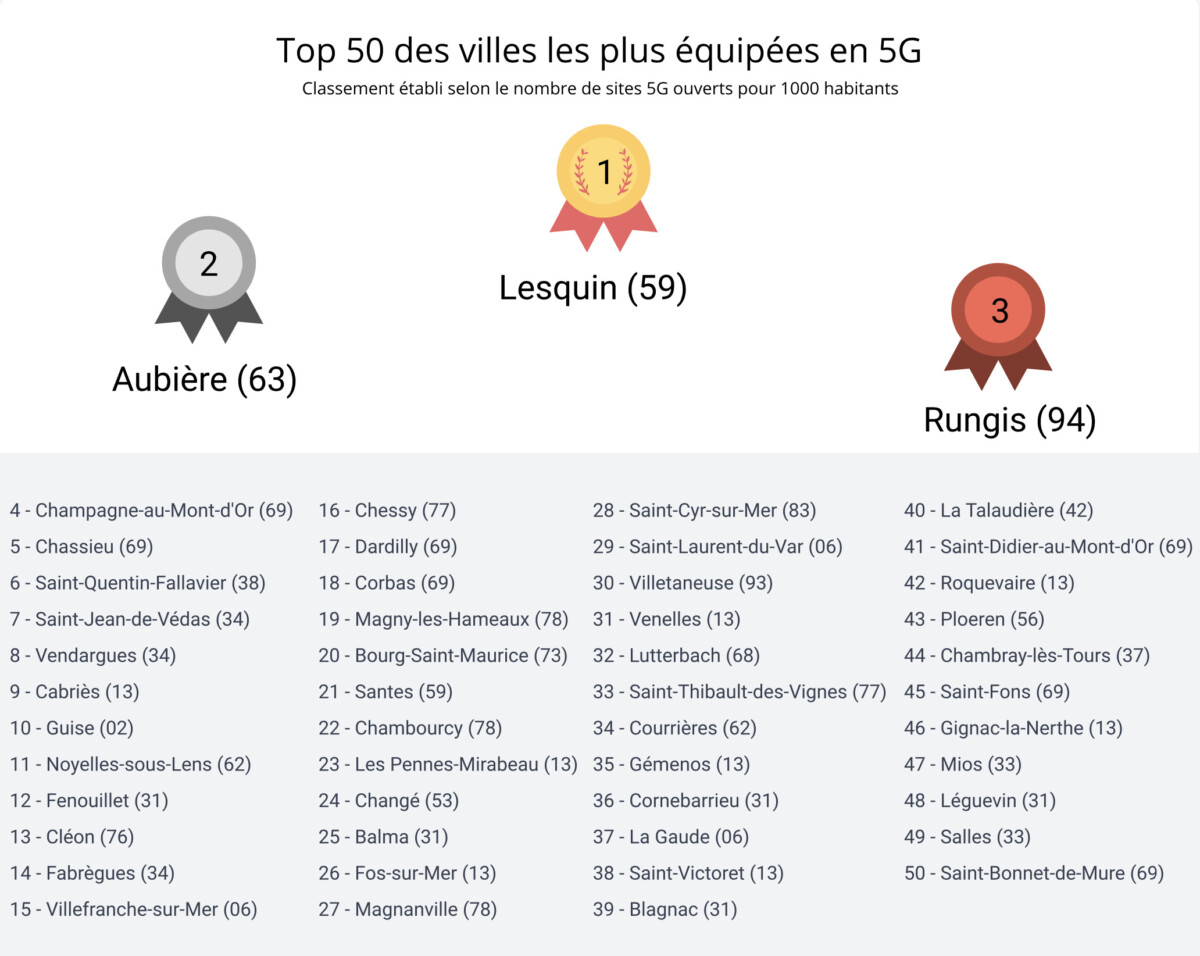 We’ve been hearing about 5G for ages and 2020 is the year it finally became a reality in France. Depending on your smartphone, your operator and your location, you …
Read more

What are the best 5G plans?

Find our comparator of the best 5G packages, it allows you to classify the packages according to your uses and needs.