Despite the various embargo procedures, the manufacturer Huawei has not said its last word. This is valid on the smartphone market, but also on the tablet market. The Chinese giant would have in the boxes a competitor to the iPad Pro. 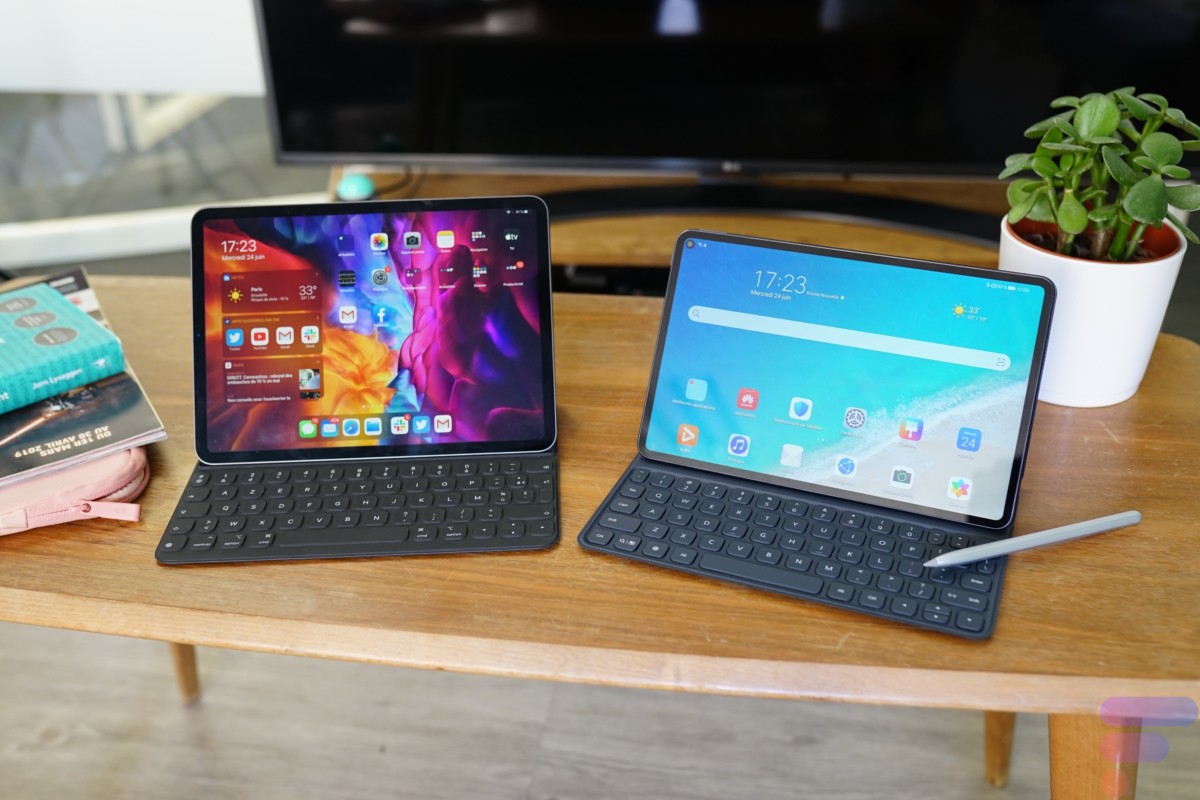 While manufacturers of Android smartphones are redoubling their efforts to design ever more efficient and more optimized terminals, the tablet sector remains predominantly dominated by Apple. Even Google threw in the towel in this market.

A competitor to the iPad Pro

Along with its next P50 smartphone, Huawei will release a new 12.9-inch tablet next year. The device would thus take the dimensions of the larger model, the iPad Pro. It could be an evolution of the MatePad Pro 5G now displaying a diagonal of 10.8 inches.

Judging by a publication on the Weibo network, this next tablet would ship an OLED screen with a refresh rate of 120 Hz. The current MatePad Pro 5G has a QHD LCD panel at 90 Hz. For Huawei, by integrating 120 Hz, the lens would therefore be to offer a competing technology to ProMotion on iPad Pro. Samsung has already tried this with its Galaxy Tab S7 + and its 12.4-inch super AMOLED screen.

This next Huawei terminal would display thin borders as well as a metal frame. Unsurprisingly, the Chinese manufacturer would therefore position it on the high end.

PadOS, a version of Harmony OS

This next tablet would also host PadOS, a variant of Harmony OS specifically designed for tablets.

We know that for its next smartphones, Huawei intends to use Harmony OS. Already deployed on its televisions, Harmony OS is a multiplatform system in which Huawei has no choice but to invest. Even if it means being deprived of Google’s services as part of the commercial restrictions imposed by the Trump administration, you might as well bring a standardized in-house experience.

If the company can afford to work on PadOS, then the version of Harmony OS on smartphones is already well advanced. For Huawei, this tablet offers a strong point: Harmony OS can run Android applications. If Google services are absent, owners of an Android smartphone could therefore more easily be tempted.