Xiaomi formalizes the arrival of its new ultra-short throw video projector. The Mi 4K Laser had already been marketed in China in 2019. 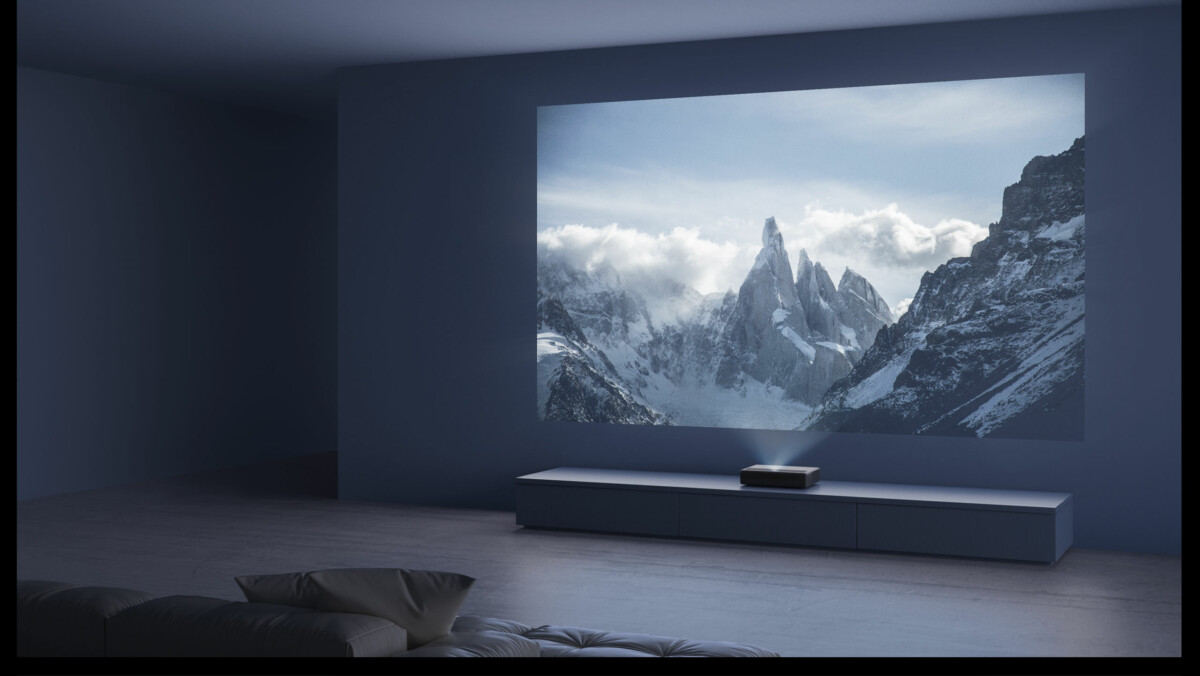 Samsung announced its product The Premiere, two models of ultra-short throw projectors and we also got a glimpse of Hisense’s.

And the Mi 4K Laser Projector 150 is free Projector 150 because it can project an image 150 inches diagonally. The largest current televisions sold at traders in France are around 85 inches, for comparison, sold between 2,000 and 9,000 euros. This is the primary interest of this type of product. 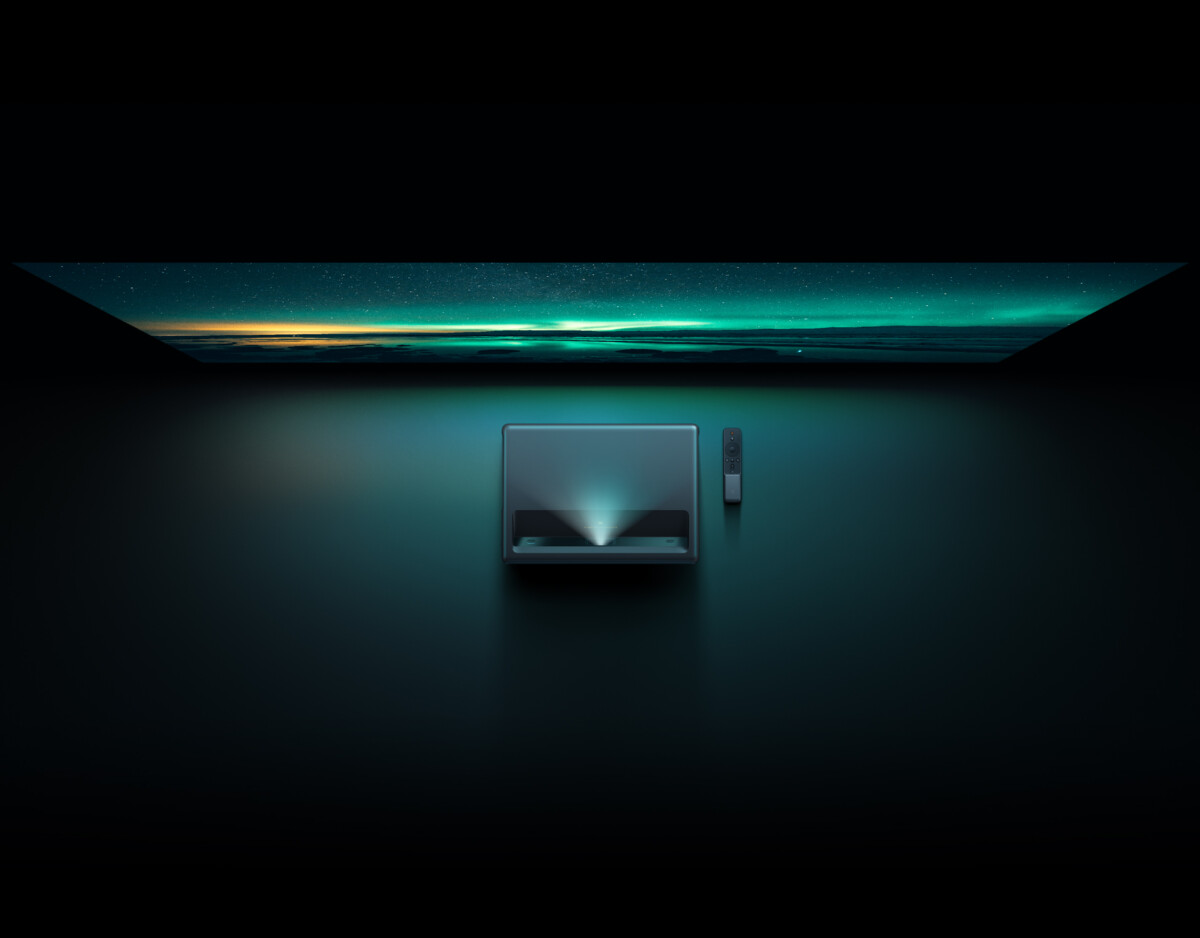 We had already tested the Full HD version, already marketed in France. Xiaomi therefore formalizes the 4K version that we already find in other international markets. Among the technical characteristics of the Mi 4K Laser Projector 150, Xiaomi announces that it is possible to have a screen diagonal between 80 and 150 inches (by just moving the projector more or less close to the wall from 5 to 50 centimeters), that it uses an ALPD 3.0 laser projector with 3000: 1 contrast ratio, 1600 lumen brightness and HDR support.

It is built around a 0.47 DMD chip simulating an image in 4K definition by XPR × 4 processing. Its native definition is in fact Full HD (1920 × 1080 pixels), like all ultra-short throw projectors. For audio, there is a 30 Watt dual frequency speaker system and a dual frequency system with support for Dolby and DTS-HD decoding.

On the software side, we find Android TV 9.0 with the Google Assistant. It is an international version which therefore differs from Xiaomi projectors imported from China with a special interface. Here, you will indeed have access to the Play Store and the Chromecast function to stream videos from your smartphone.

What is the interest of this type of video projector?

As specified above, the first interest is the size of the diagonal. But this type of projector has other advantages, such as ease of installation. Just place it on a piece of furniture near the wall where you want to project the image. The installation costs are therefore lower compared to a conventional video projector. 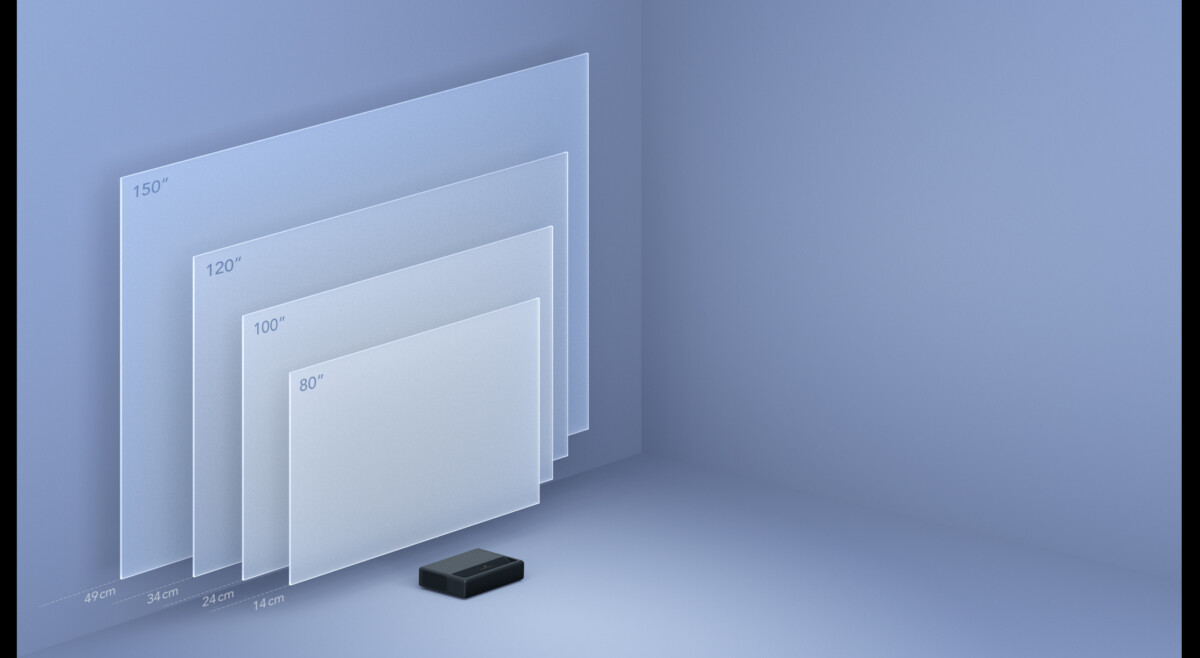 But there are also benefits for image quality and user experience, such as having better light output. In fact, since the video projector is located closer to the screen, there is less loss of light. Which is good if you use your device during the day. The same goes for shadows, which can be useful if you want this format of projector in meeting rooms. Finally, the perceived noise is less important than on a conventional video projector.

Unfortunately, with HDMI 2.0 – therefore low contrast and very often a input lag bad enough – these are not recommended products for those who want to invest in a console next-gen like the PS5 or Xbox Series X.

This is a much more aggressive rate than the rates charged at Samsung or Hisense. However, we will have to wait for a full test to compare their performance.