Genesis’ latest concept presents the company’s vision for a luxury electric coupe that could rival the BMW 8 Series. 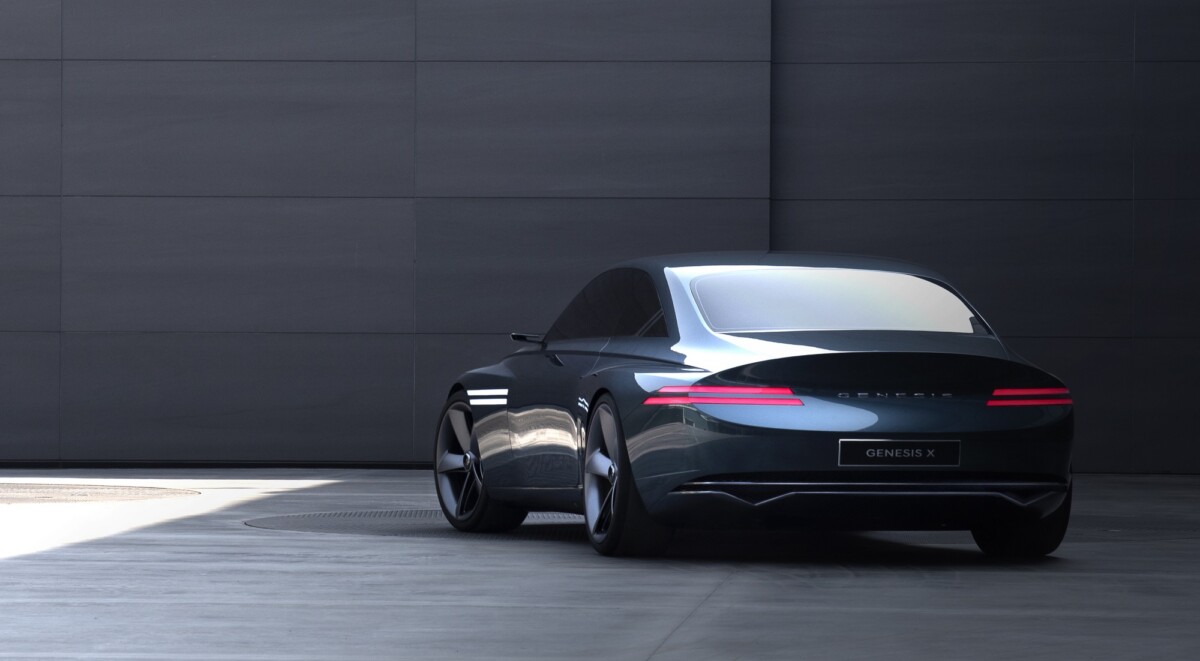 The Genesis brand which belongs to Hyundai has just unveiled a new electric coupe named X Concept EV. The vehicle is clearly intended to show off Hyundai’s design skills. We are not talking about technologies here, but above all conceptual language for luxury cars.

On this new concept, we might as well tell you that we know nothing about the battery or the powertrain. It could be developed on the same E-GMP platform found on the Hyundai Ioniq 5 or the Kia EV6.

Genesis used its new “Two Lines” design language on its new GT concept, which is expected to be found on the Japanese company’s other production vehicles. The main features can be seen in the narrow LED headlights and slim taillights. We find the classic Genesis grille with its geometric G-Matrix pattern.

The hood has the advantage of improving the aerodynamics of the car by reducing the number of slots between the panels on its front end, which is important when trying to optimize range and fuel consumption. 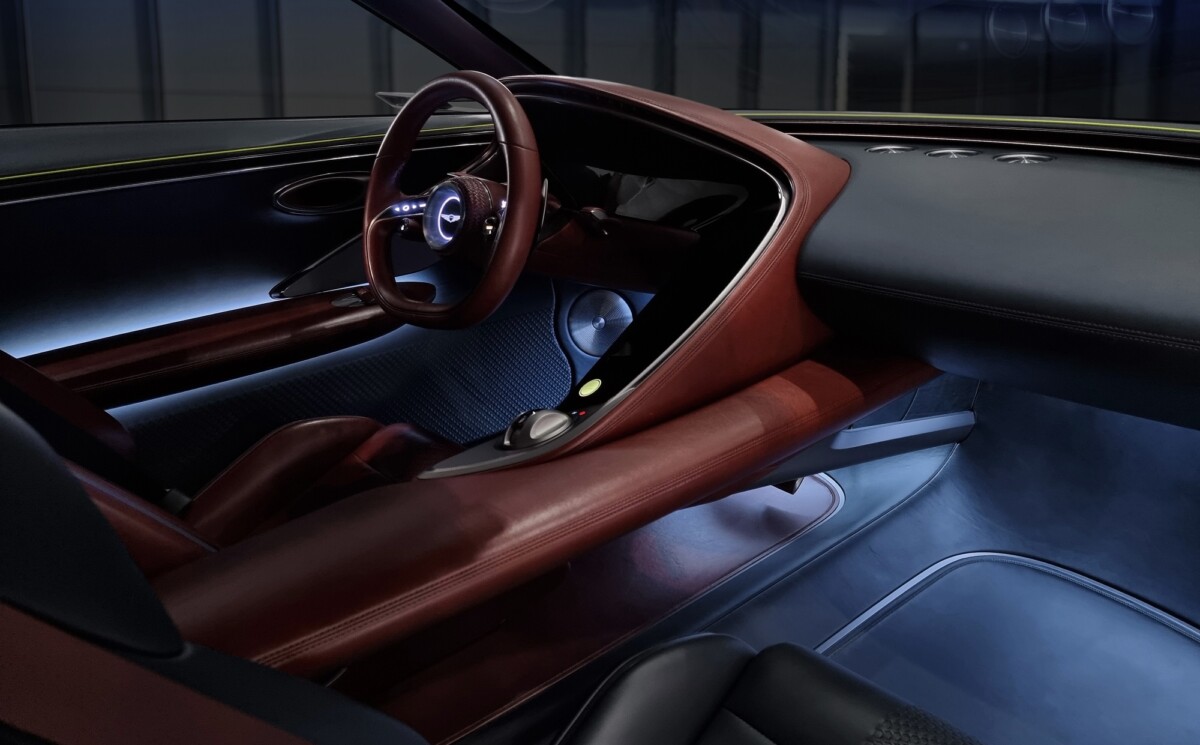 Inside, the Genesis X Concept includes bucket seats, four-point harnesses, and fabrics made from recycled materials. So the steering wheel, seat belts, and airbag cover are all trimmed with a woven pattern fabric that’s made from scraps of leather, something Genesis aims to implement on its production vehicles as well.

Unlike modern cars, the Genesis X concept does not have an infotainment system. Instead, there’s a “Free-Form” screen located in the pivoting panel that surrounds the driver’s seat, controlled by another screen on the center console. 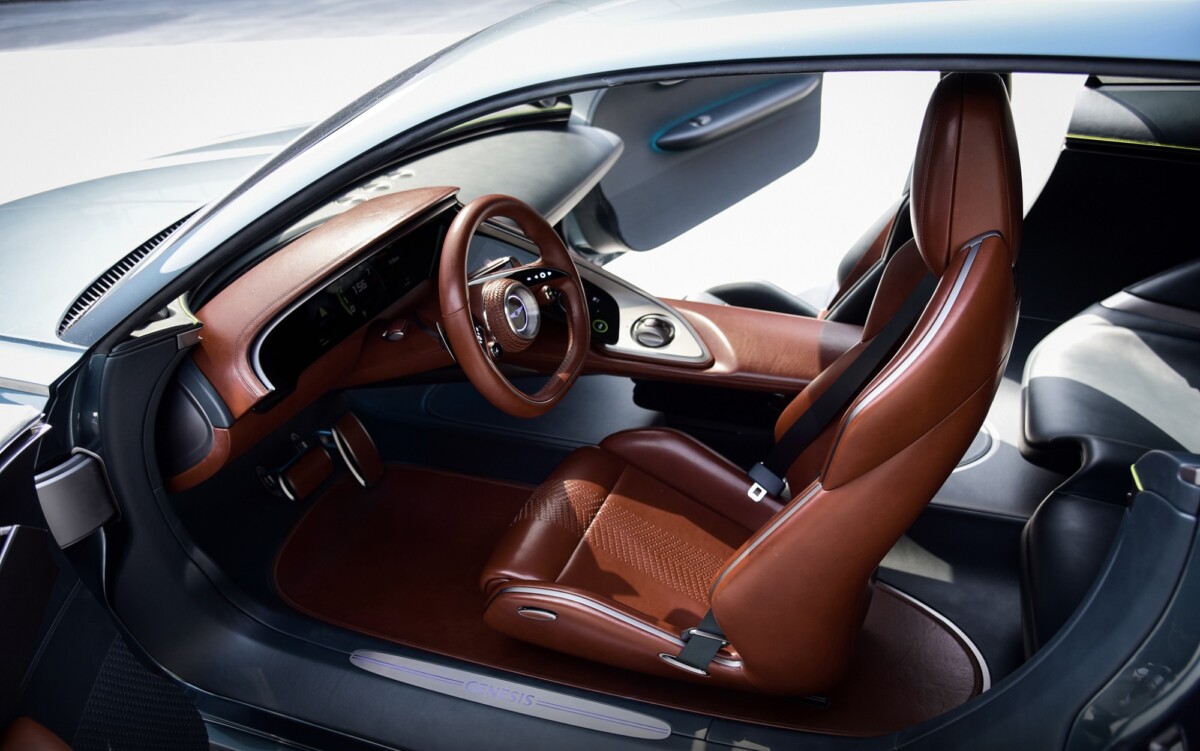 The display is completely driver-focused and has functions for the car’s air conditioning and navigation systems, as well as the usual speed and range instruments. You may also notice the crystal sphere gear selector mounted on the center console, this is where the drive mode options are accessed.