Infomaniak has launched a free e-mail service. An already competitive market where we find Google with Gmail, Yahoo, Microsoft with Outlook.com … But the Swiss host is making a difference: it promises to respect your privacy. 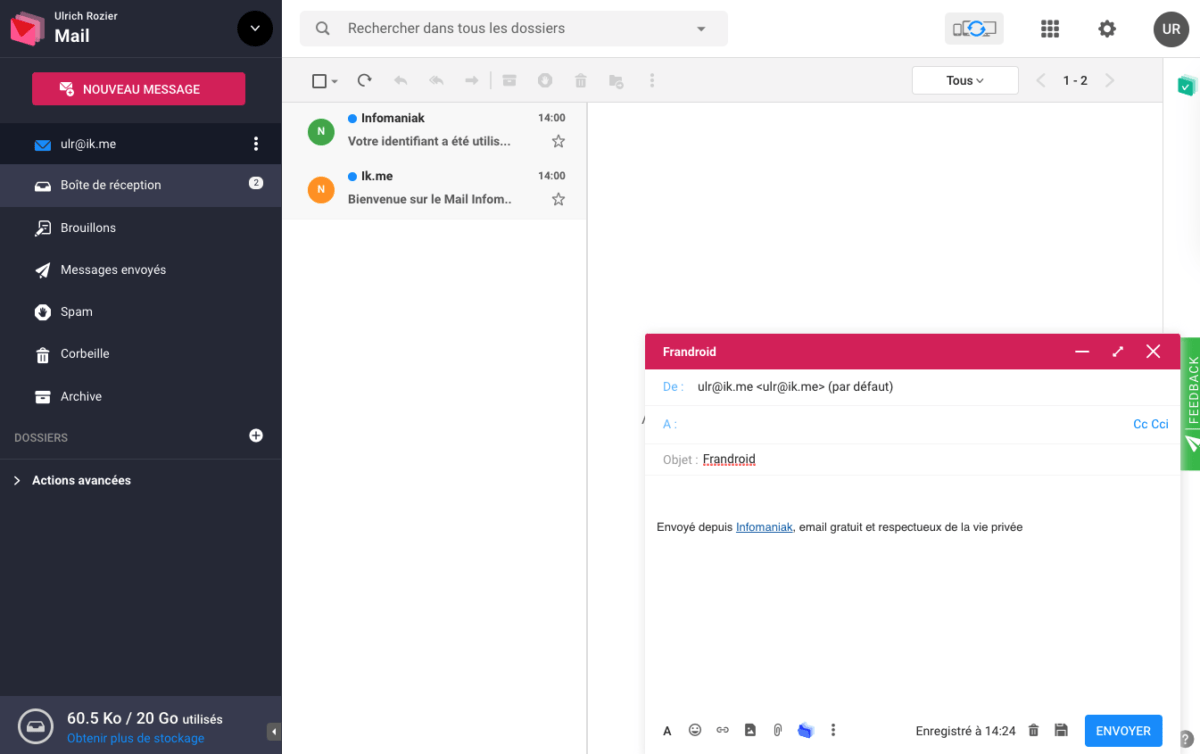 Few people pay for their email address. But if you know the adage ” If it’s free, you are the product ”, You certainly know that nothing is really free. Google with Gmail, Yahoo, Microsoft with Outlook.com… these services are financed in part by advertising, they obviously use some of your private data to target their advertisements.

Concerning the e-mail services of internet access providers, such as Orange, SFR or even Free, the problem is that these e-mail addresses are liable to be deleted when you end your subscription. Infomaniak offers an alternative to these solutions.

Infomaniak has launched its Ik.me service in French-speaking European countries. The promise of this service? Lifetime free @ ik.me email address with 20 GB of storage. The Swiss host ensures that no data is analyzed or resold for advertising purposes, and that the solution is exclusively developed and hosted in Switzerland, in the heart of Europe. On paper, it is therefore a complete European alternative to GAFAM that respects privacy and the GDPR, with support that is easy to reach when needed.

Infomaniak intends to monetize its service by selling additional storage space according to your needs, but also certain advanced functions. You will be able to access their file storage service, kDrive, with 3 GB free and the possibility of extending this storage for a few euros per month.

Regarding Ik.me, we have had the opportunity to test the service since its launch. To register, you will need to provide a valid mobile phone number. And Infomaniak only authorizes the creation of one address per number.

The Swiss company has planned dedicated applications desktop and mobiles for later, but in the meantime you can configure ik.me from your favorite client in addition to the web client.

The basics are there, the service offers a web interface relatively similar to what Gmail offers. However, you will quickly notice that many advanced options are missing: you will not be able to create an alias of the type on the fly. [email protected]for example. 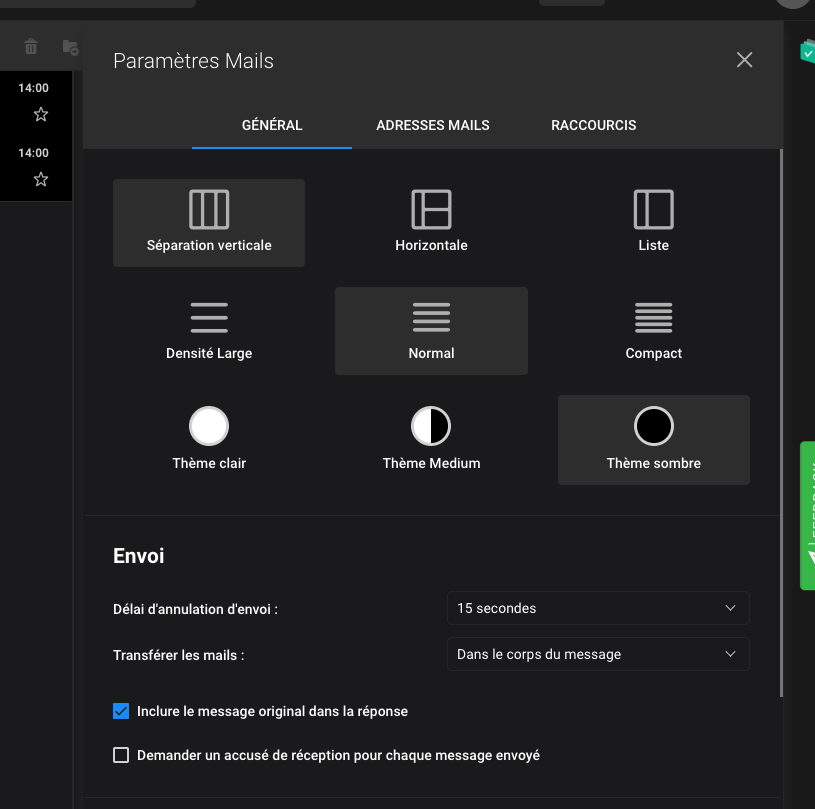 There are two “dark” modes available, but you also have some very practical options like the ability to cancel sending an email.

There is obviously an anti-spam that can be easily deactivated, as well as an advertising filtering of which it will be necessary to test the effectiveness in the long term. Most advanced functions, such as redirection for example, will be offered in a paid offer.

Some additional limitations of the free tier exist, but are not highlighted at this time. You will be able to send only100 emails per day with 10 unique recipients at once. Unlike Gmail, Ik.me does not yet offer functions to sort your emails automatically, which can come in handy when you receive a large amount of emails. However, Infomaniak promises that these are functions planned for the future. 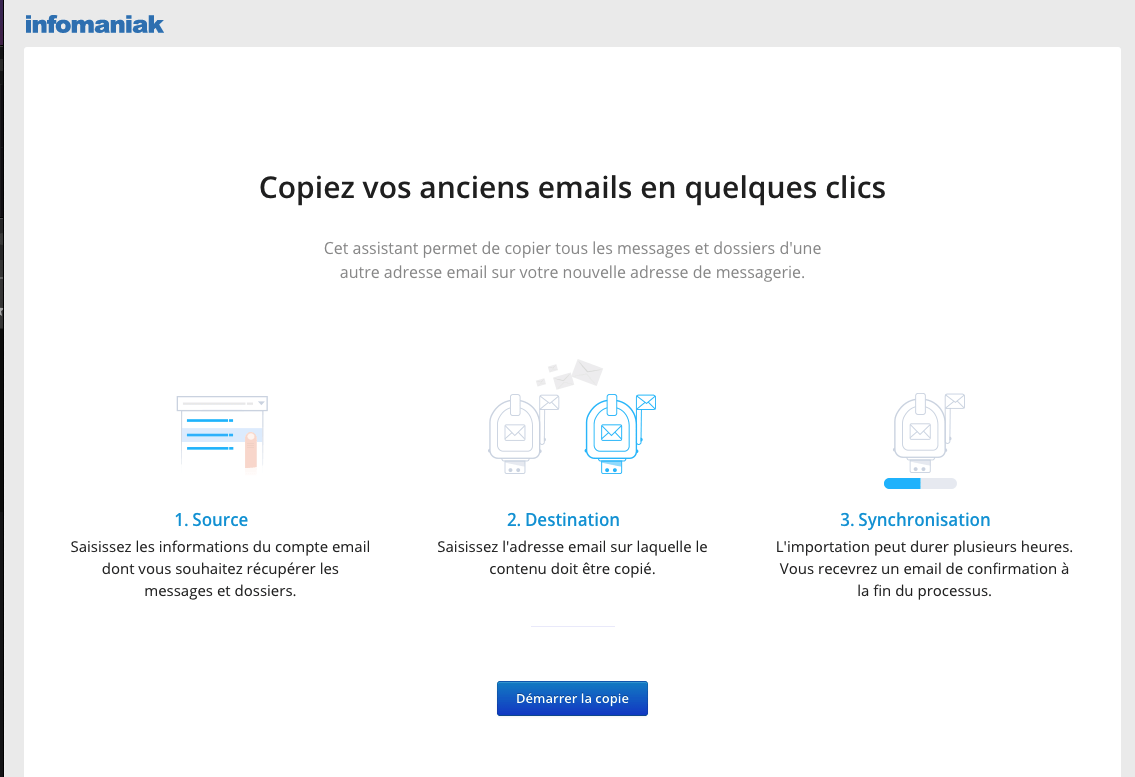 You can import your old emails

There is also a tool that allows you to import your old emails. This service is compatible with Orange, Yahoo, Hotmail / Outlook, Laposte, Gmail, Orange / Wanadoo… and even other services as long as you have IMAP access.

We were nevertheless seduced by the efficient web interface, Infomaniak is a web host that has existed since 2003. An eternity in the web, nevertheless the company only makes “only” 19 million euros in revenue per year, against 530 million for OVHCloud or 76 million for Scaleway, previously Online SAS.