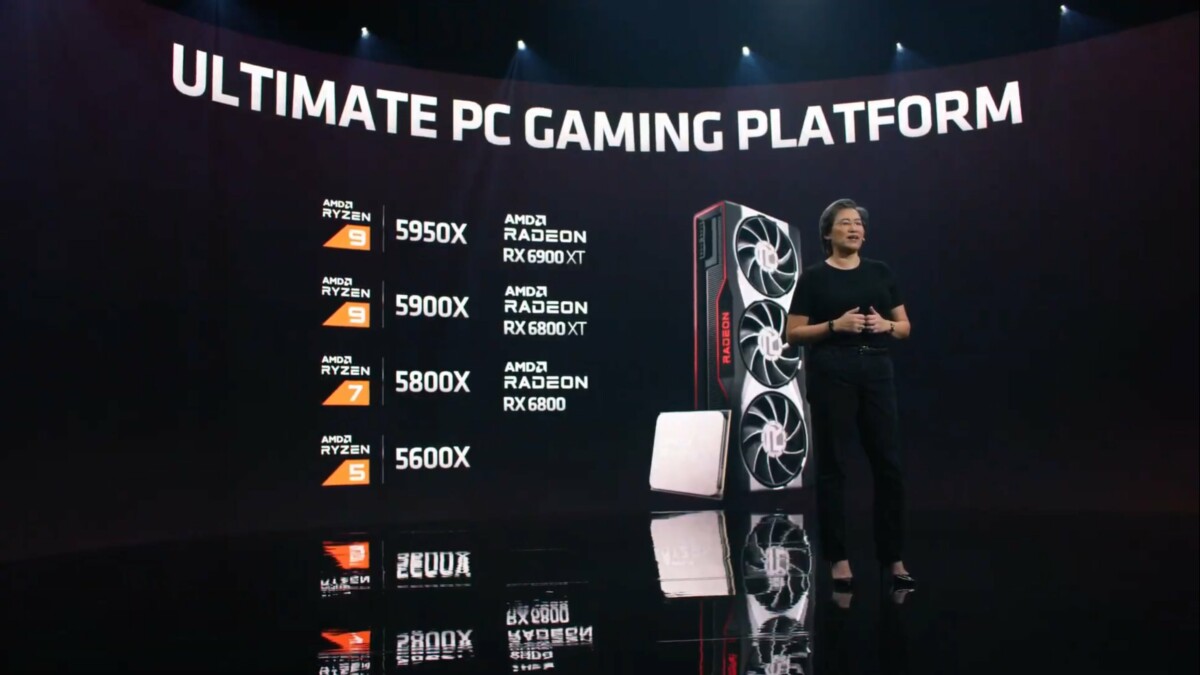 Like Nvidia, AMD has unveiled three new graphics cards to start the RDNA 2 generation. If the Radeon RX 6800 XT is clearly its spearhead, and will have the difficult task of competing with the excellent GeForce RTX 3080, it will be entitled to two cousins ​​to better attack the GeForce RTX 3070 and 3090.

Like the GeForce RTX 3090, AMD has also developed an ultra high-end card to offer the most performance possible, if you’re willing to pay the price.

Here are the characteristics of the card:

As we can see, the card follows the same characteristics as the RX 6800 XT, but increases the number of compute units from 72 to 80. 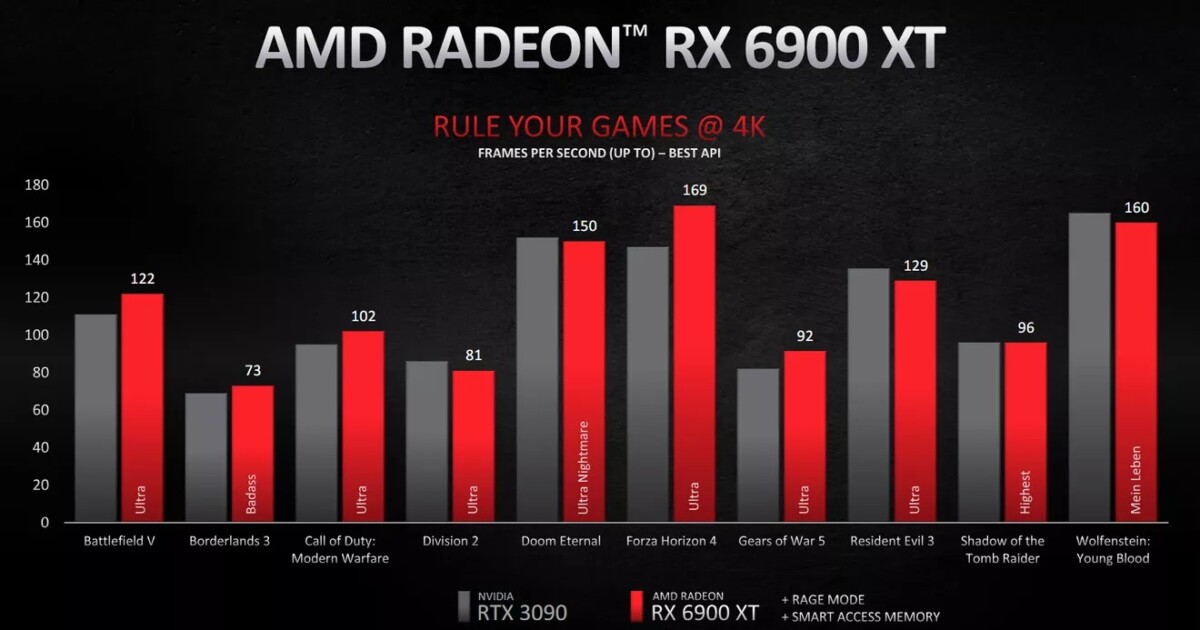 In games, AMD announces that it is able to exceed the RTX 3090 in 4K with these characteristics. Be careful, however, at no time did the brand give a comparison with the ray tracing options. These tests are also carried out with the “rage mode” option activated, which causes an increase in the frequency of the graphics card, without further details.

It is especially on the price that AMD is particularly aggressive. Faced with a GeForce RTX 3090 marketed from $ 1,499, AMD announces that the Radeon RX 6900 XT will be offered at $ 999, which is still $ 500 less. If the tests really show the same levels of performance, then Nvidia will be forced to react and adjust its prices.

AMD also introduced the Radeon RX 6800 as the most accessible model in its lineup. Here are the characteristics:

Here, AMD has reduced the number of compute units, but also the operating frequency of the card. According to the brand, this card compares to the GeForce RTX 2080 Ti, and therefore to the RTX 3070 which offers the same level of performance. But now, if AMD refuses to compare itself directly to the latter, it is probably because the Radeon RX 6800 is announced more expensive than its new rival.