Samsung is already revealing the vast majority of the entry-level Galaxy A12 and Galaxy A02s features as well as their release dates.

The Samsung Galaxy A12 and A01s have the same front panel // Gamesdone: Samsung

We are only in November 2020, but here are already two Samsung smartphones announced for the beginning of 2021: the entry-level Galaxy A12 and A02s. This is indeed what we learn in a press release issued by the Belgian subsidiary of the manufacturer which evokes with great enthusiasm ” revolutionary innovations even more accessible “. On paper, the two products are rather classic.

Roughly speaking, Samsung here wants above all to play the card of good value for money and strengthen the ranks of its Galaxy A range. On the front, the Galaxy A12 and A02s look very similar with a screen struck with a drop-shaped notch. ‘water. The panel benefits each time from a diagonal of 6.5 inches with a TFT LCD display.

The backs allow them to be better differentiated thanks to the photo modules: four square sensors on the Galaxy A12, three aligned vertically on the A02s.

Here are the announced configurations:

For selfies, there is an 8 megapixel front camera on the first smartphone cited, 5 megapixels on the second.

Both smartphones have massive 5000mAh batteries compatible with a 15W charge. For the rest of the features, Samsung simply mentions eight-core SoCs with greater power on the Galaxy A12. The latter is also entitled to 4 GB of RAM against 3 GB for the other model. 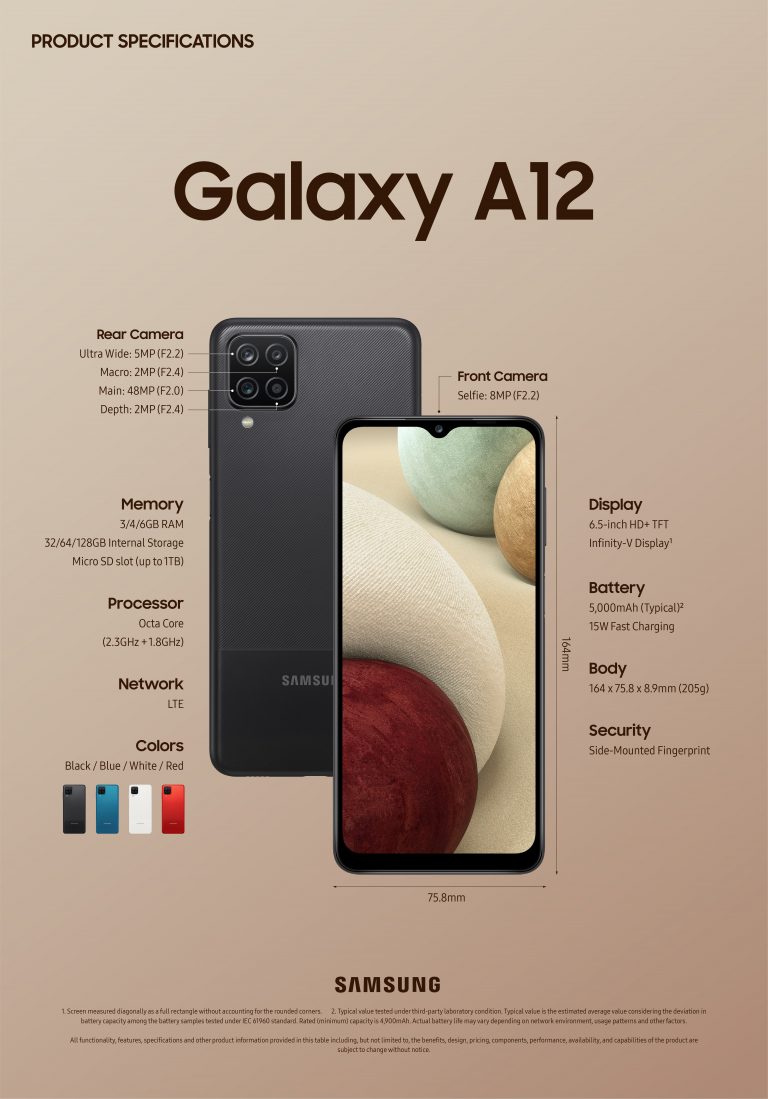 Infographic presenting the characteristics of the Galaxy A12 // Gamesdone: Samsung

Another advantage for the A12: a fingerprint reader positioned on the edge.

No prices announced yet

« Prices will be known later », Writes Samsung Belgium while specifying that the Galaxy A12 will be available from January when the Galaxy A02s will be released a month later.

We can imagine that the French market will be entitled to the same treatment. Note that at less than 200 euros, these two devices can already be prepared for very stiff competition from the newly announced Poco M3.

In January, we also expect the presentation of the Galaxy S21 in the premium segment.