The new Xbox Wireless Controller is an almost universal gaming peripheral that is compatible with all Xbox, PC and mobile devices, Android or iOS. A new benchmark in gaming ergonomics which is on sale at 50.99 euros at Microsoft. 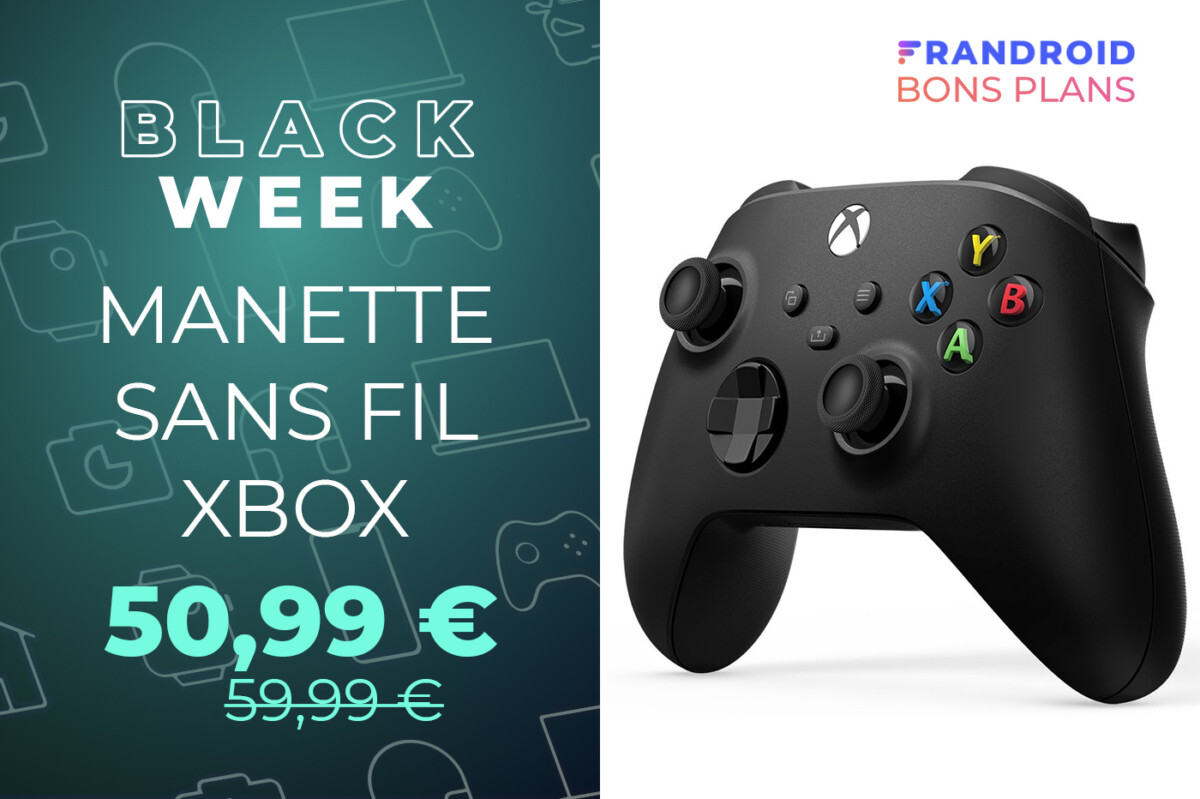 The new Microsoft Xbox wireless controller accompanies the new Xbox Series X and S. It has been redesigned to provide a better grip and adapt to children’s hands. Microsoft has also added the much-anticipated share button which is already a hit with PS4 and PS5 owners. You can buy it now with a -15% reduction.

Do you like two-person play at home on Xbox or just with a versatile controller? So you don’t take any risk in choosing the new Xbox Wireless Controller which is on sale at 50.99 euros at Microsoft against 59.99 euros in normal times.

At first glance, the new Xbox Wireless Controller looks like the old one. You have to take it in hand to feel the difference. It has been redesigned to offer an even better grip and above all to be usable by smaller than average hands. Microsoft has the good taste to add a light grip on the lower surface which accommodates the palms of the hand, the triggers and the periphery of the sticks. This brings more comfort, helps to fight against sweating and ensures better precision in our actions.

The controller accommodates a new “Share” button intended to quickly take screenshots and thus catches up with one of the shortcomings of the previous generation. Nothing to say about the sticks and the multidirectional cross with diabolical precision. Add a subtle, well-balanced force feedback motor and you’ve got a throttle that’s as efficient as it is immersive.

One of the strengths of this controller is that it works with the Xbox Series X, Series S and Xbox One, but also with a PC and on your smartphone or tablet, both Android and iOS. In the latter cases, you will have in hand an excellent controller to play your mobile games. But why limit yourself to that? If you have Xbox Game Pass Ultimate, you can access content on your Xbox Series X remotely through xCloud. Yes, you can play your game when the television is already monopolized.

Do not hesitate to consult our detailed test of the new Xbox Wireless Controller to find out more.

Let’s be honest: Black Friday dates are pretty confusing this year. Originally scheduled for November 27 and usually preceded by Black Week, it spans a wider period this year. Each e-merchant and brands communicate about the event in their own way, but come together on activations of joint offers during dates agreed in advance: it is these that we consider to be the Black Friday offers. Also note that some merchants may postpone offers on Cyber ​​Monday week.
Throughout the period, the Frandroid team will select the best good deals available through different selections: