Spider-Man’s latest update Miles Morales, in addition to bringing a new costume, brings a new body to Spider-Man. His muscles, his skeleton, his clothes, everything is simulated in real time according to a technical director of the studio. 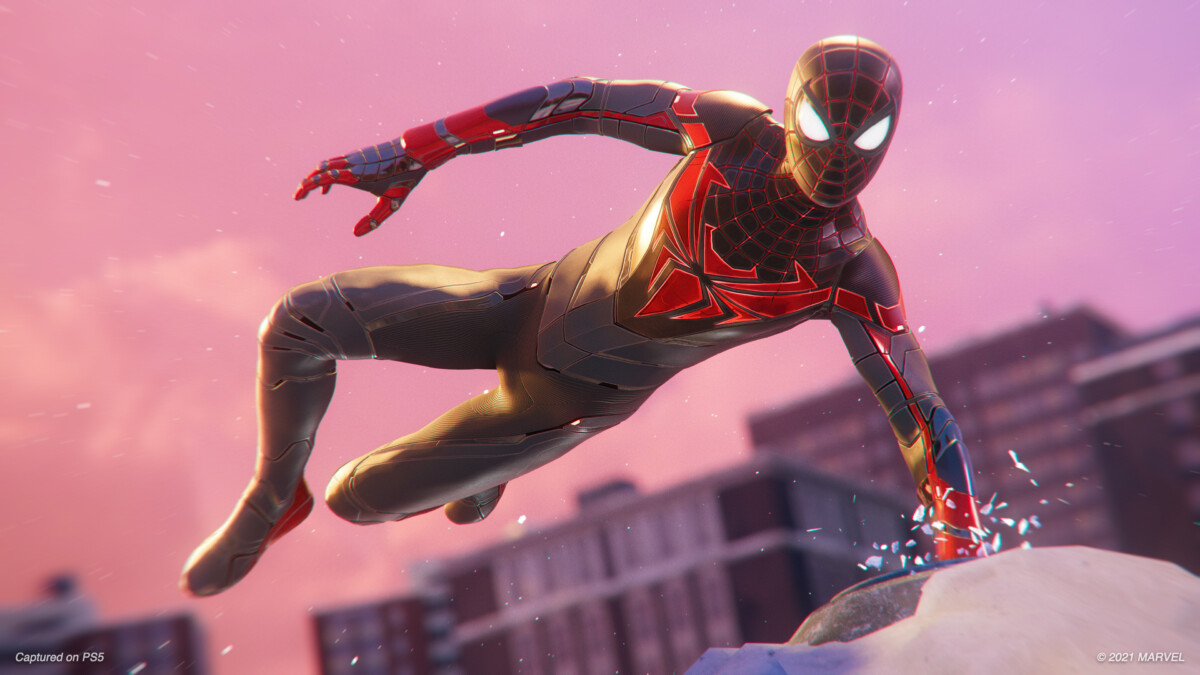 In video game development, techniques that use physics-based simulations are attracting more and more developers. A good example of this is the new Spider-Man Miles Morales update, a Sony exclusive to PS5. It’s almost imperceptible, but the Marvel hero has changed his figure: he looks drier, but also more realistic.

According to Josh DiCarlo, the head of technical character design at Insomniac Games, the studio behind the spider-man game, this difference is due to the technique used.

On the left, the character’s structure, his skeleton, his muscles, his clothes, meet physical rules set by the developers, and that the game engine strives to apply to each image displayed on the screen.

On the right, the character may be animated in the same way, his body does not deform like a real physical object, of flesh and tissue, which gives a more cartoony result. The CTO says the change is even more striking when Spider-Man is on the move.

“We fully simulated the character, from the inside out, using techniques previously only available in theaters.”, added the developer on Twitter, in response to comments from curious Internet users. Indeed, it’s a safe bet that a few years ago, this technology would have required too many resources from machines to be implemented. It is also only reserved for the PS5 version of the game. Note all the same that according to the tweet of the studio, this feature will be available only on certain costumes. To implement it, Insomniac Games used ZivaRT technology, based on machine learning.

Deployed in the United States on an experimental basis, the Stack application relies on artificial intelligence to digitize and then classify your documents in dedicated categories.
Read more