Google eventually accepted negative ratings for the Robinhood app on the Play Store. The average rating went from 4 out of 5 stars to 1.1. 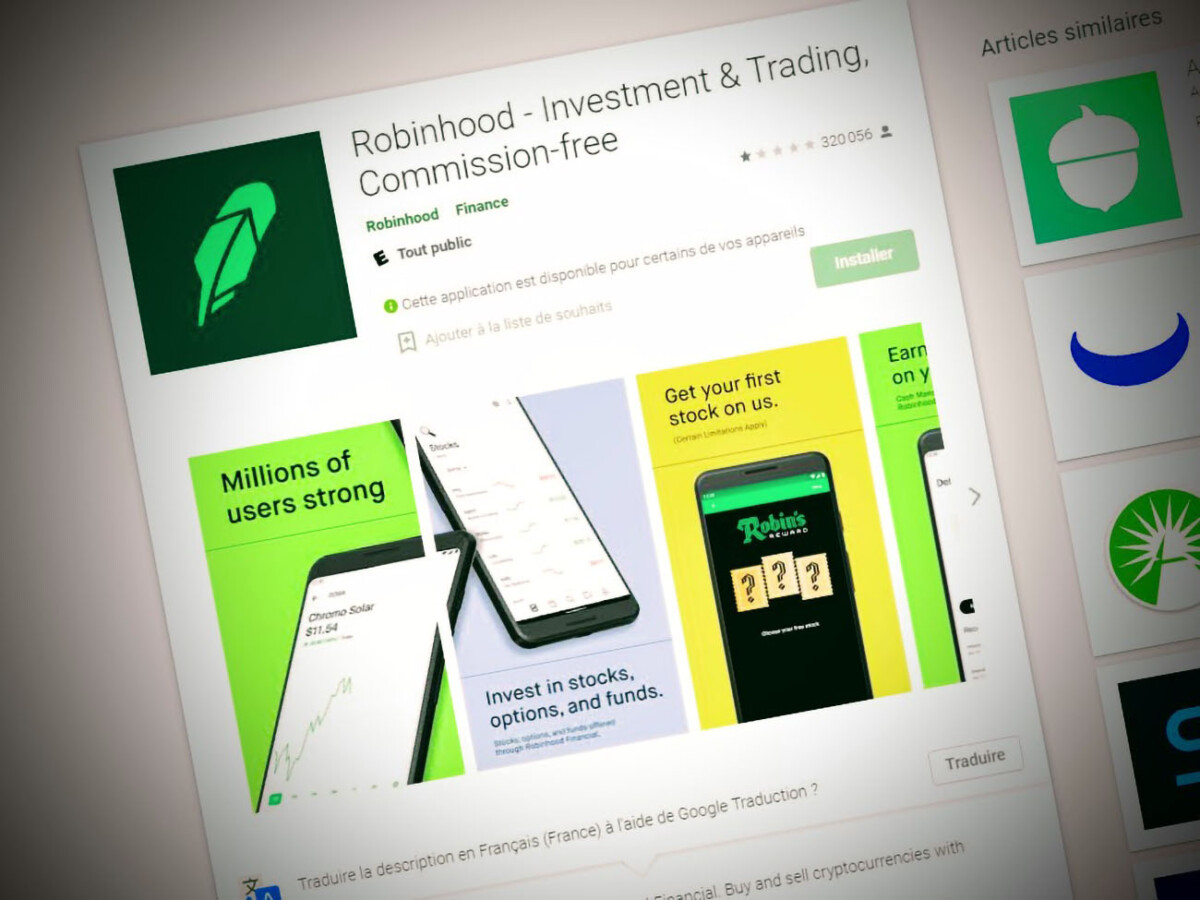 The Robinhood app on the Google Play Store // Gamesdone: Frandroid

For the past week, the Robinhood application has been the subject of much criticism from Internet users. It must be said that the trading application had put an end to the exchange of GameStop shares – owner of Micromania – after many Internet users wanted to prevent a drop in its share price.

As a result of these strong reviews, the Robinhood app was torpedoed on the Google Play Store, its rating dropping from 4 to 1 out of 5 stars following numerous negative comments. Nonetheless, Google chose to play the ostrich, deeming these ratings to violate Google Play Store policy in that they were intended to manipulate the app’s rating. In fact, nearly 100,000 negative ratings were deleted by Google in the days following the controversy.

Finally, the publisher of the Play Store ended up leaving the new negative evaluations issued, as indicated by the American site The Verge : “At the time of publication of this article, Robinhood has returned to 305,000 reviews, with a rating of 1.1 out of 5 stars.”. However, it is not the previous ratings that have been reinstated, but new ratings from Robinhood users. According to Google, these new notes do not therefore violate the rules of the Play Store.

“The Play Store app rating system is designed to provide an authentic and reliable view of the app user experience, and we take action against planned activities that aim to artificially increase or decrease the overall score. of an application “, says Google in a response to The Verge. The idea is not to prevent any negative feedback, but simply to ensure that these are not coordinated between users, but that they really reflect their experience.

Note however that the efforts of Internet users to save the GameStop action did not last. While its price stood at 347 dollars on January 27, it has since fallen, reaching 90 dollars this Wednesday.

The Robinhood trading app has drawn the wrath of Reddit netizens who have brought major stock market institutions on Wall Street to their knees. To show their discontent, they torpedoed the platform’s note …
Read more